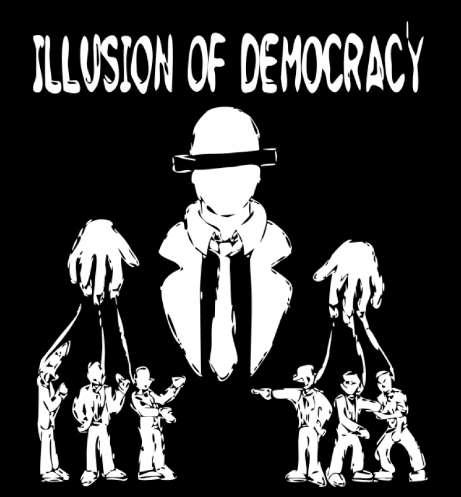 There are three types of equalities expressed by various political philosophers of their times. Firstly, Aristotle gave the concept of equal consideration of interests. It means that everyone should be given equal benefit or interest then equality only could be better served. To him this purpose can only be achieved through monarchical system of government because to monarch everyone under his rule would be equal to other ruled ones so he will protect their interests equally. Secondly, Thomas Jefferson – one of the primary author of US Declaration of Independence – and Tecumseh who conceptualises equality in terms of equality of natural rights. The Declaration’s political theory states that individuals are created naturally equal so they posses natural rights; it is the duty of government to protect these rights; if government aggress against these natural rights then individuals may overturn such governments. Thirdly, Chico Mendes articulated concept of equality of participation which means that equality in process of decision making is the only way to ensure equality of results.

Actually second and third concepts of equality are anti-Aristotelian concepts. Jefferson’s equality is the equality discussed not in political terms but in terms of human essences. It means that equality should not to be viewed as an attribute of decisions but instead is to be seen as an attribute of people. To him, rights are the part of human nature itself. Insofar each of us is equally human, none of us can possess to greater or lesser extent than others. So, it proclaims morality of revolution against a government that would deny existence of these naturally existing rights. Similarly, Mendes’ concept of equality is also anti-Aristotelian. To Mendes, if no one can understands the life of rubber-tapper as well as rubber-taper himself then how can someone else, in Aristotelian fashion, can determine, consider and serve the interest of rubber-tapper. But to Aristotle, in equal participation the Mill’s ‘General Will’ will prevail through which minority will have to live at the mercy of majority. This system will not serve the purpose. In democracy, the rule of equality in participation is adopted which breeds inequality in the society. It is an illusion of democracy that everyone sees himself equal tp other citizen but in reality interest of majority is only served here. There is need to develop a system based on consideration of equal interests.

Friedrich Nietzsche gave the concept of two type of moralities; slave morality and master morality. Slave morality is defined by him as a morality serving the interests of the weak while master morality is the ethical code which serves the strong and praise attributes of strength,  conquering, ruling and dominating. Slave moralities condemn as bad what is called good by master moralities and master moralities called bad what is termed as good by slave moralities. Both are self-serving in nature. Neither morality provides the concept of good or bad that exists beyond its context. Democracy, from Nietzschean perspective, is an example of slave morality, if it preaches that none should be privileged than others. On the contrary, democracy is also acting as a tool of master’s morality because it serves the interests of rulers at the expense of ruled ones – the followers of slave morality i.e ruled ones. So, it is the illusion of democracy that it promotes morality for common purpose or benefit. Everyone thinks that he is getting the benefit but it is actually the manipulation by ‘masters’ of their ‘slaves’ and by ‘slaves’ of their ‘masters’.

Plato thinks that if each person follows his or her nature then he is acting justly and when each person is acting justly then state itself would be just. He states three types of attributes in humans of which the dominating one defines the personality of the person. These are desire, courage and rationale forming three classes i.e of workers, military leaders and philosophers. To him philosophers can only be a true king to rule in better interest of all. But democracy demands equality of participation negating these very attributes of human nature of platonian world and puts the world in illusion that they are living in a just system. Though Platonian state is not achievable yet we can try to form a just system in better interest of all.

In democratic state, usually the power is placed in different hands to avoid manipulation but this separation of power actually creates many pressure groups which prove as hurdles in the way of smooth functioning of government. This illusion is taken as necessary evil for delivery of good service and formulation of a current welfare state but unity of power is presented by many political philosophers such as Aristotlean monarch, Hobbesian Leviathan and Machievellian Prince. Power merged in one institute or body or person can easily be applied in best interest of all.

Classical liberal philosopher, Locke, says that human nature is characterized by freedom, equality and reason. So, he claims that in state of nature there are no rulers to whom we owe obedience. Thus, to him there should be minimum involvement of state in individual’s life because man is rational and can decide for himself better. Then Adam Smith further elaborated liberalism by giving it capitalistic touch that individual is rational being so he can pursue his interests. He fascinates inequality in society as a sign of development. But it actually is the precursor of disappointment among people and defeats the purpose of the state. A balanced system is required in which states check the transactions and protect innocent people because everyone is not that much rational as liberal democrats views.

These classical liberals were succeeded by modern liberals who believe on ‘expansive liberty’ and are promoter of government’s role in regulating economic and social interactions. Modern liberalists define freedom in broader, more expansive and more inclusive terms. T.H. Green’s liberty is freedom to expand the boundaries of human potential and make creative contributing member of a society. So, modern liberals promote ‘positive liberty’ and have called for government to assist struggling ones and restricting those who denied others the opportunities of fullest realization of human potential. This shift towards modern liberalism is proving that states involvement is public life is necessary for peaceful growth of a society. In future, a time will come when states will again move back towards monarchies in order to get protection; when the state involvement in individual’s life is at its climax.

So, democracy is not a suitable state system to be adopted for progress of state and protection of the interests of all. The illusions propogated for promotion of democracy is actually perceived by the world as a key to peace and development. But it is the manipulation of all in interest of some. It also applies on world – tool for poor west to manipulate rich and peaceful east. Because in 1930s world richest person lives in east – Nizam of Hyderabad – and now has been looted by the west through this ‘fantasy’