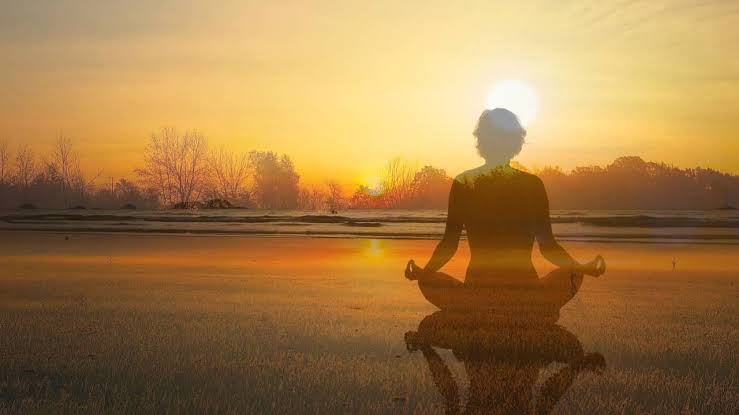 Love, hate, birth and death are incipient.  Man is laden with love, lust, hate, tranquility, conceit and anger now it hinges upon him, what does he discover and adopt. Gone are the days, when the mortifiers, sages and transcendentalists were being liked by the public at large. The sapiens of the today have stepped into materialism means a generation that believe in automata since the change is permanent. The traits of stoicism are remnant.

The elements of redemption like austerity, chastity, mortification, penance and devotion are fading day by day. It doesn’t mean that people have become ungodly but it seems they have lost internal tranquility that keeps them in equilibrium in all circumstances. These dying factors of pristineness used to prevent them from being gutted inside as termite guts wood.

People have all the worldly assets of external comfort even then they are victim of anxiety, contemplation, forlorn, adultery and withering cause they are unbeknownst to actual internal and everlasting placidity. They have become addicted of material comforts which is ephemeral or for time being. They are of the opinion that whatever they possess, is everlasting ally of them anywhere and everywhere. Sadly, nothing is permanent even the truest love. All who were before us have been empty hands and we’ll too go empty hands leaving here all that we desired, mustered in lieu of losing our rest.

A Buddh is one who is awakened. Who did attain salvation from worldly attachments and is idyllically calm. A Buddh does not merely follow the dogmas but empirical knowledge. They become omniscient by quiescence or meditation. A Buddh (not Buddha) is less prognosticator and much physiognomist.

Gautam Budh the founder of Buddhism said the world is full of sufferings and these sufferings are because of attachment or illusion. The one who triumphs over attachment or detach himself mentally, only rejoice ecstasy. It’s a paradigm for a happy life cause all are victim of purgatories few are much and few are less but all are passengers of the same boat and that boat is yearning, stress and anxiety. Leaving only two, child and fool are tensionless rest all are miserable though he may rich, poor, healthy, sick, handicap, young, old or anybody.

There is an outstanding theory in English literature namely Stoicism somehow opposite of Cynicism both are full of discrepancies with each other. Stoicism is nourishing of mind to an extent of eudaimonia. An stoic or mystic is one who is satiated whatever he has he optimizes without having any complaint and objection over anything. They are versatile and self-controlled in nature to accept good, bad, hot, cold, little or more. Their much concentration is towards internal peace rather than external comforts because external comforts are of no effect when you are perplexed internally. External happiness is directly depending on time, place and incident. They educate their mind to be serene in all spheres. You will find the same temperament of the stoics in all vicissitudes whenever you’ll meet them. Stoics believe in not to worry come what may happen. How is it possible? See, if you have a problem definitely it will be solved now or then so why to worry and fuss and if the problem has no any solution in spite of that you worry then it means you worry unwarrantably and out of foolery and illusion. The only virtue is sufficient for true happiness. Crazy is the equation of happiness, it multiplies when you divide.

Now a days people are intrigued in chatterboxing, woolgathering and gastronome hence they innovated a new predicament for themselves which allow for extrication but bind them for mental sickness. People and situations are powerless until you react. The world is a drama; we all are players with exits and entrances. Death smiles at us all but a few of us can smile back at death and it is he who understands the enigma of life.