WILL THERE BE ANY WATER SHORTAGE IN PAKISTAN BY 2025?

WILL THERE BE ANY WATER SHORTAGE IN PAKISTAN BY 2025?

Climate change and rapid increase in population have caused a new threat to Pakistan. As IMF (international monetary funds) has ranked Pakistan third among the countries that will face water scarcity. The researcher in the United nation development program (UNDP) warns Pakistan that it can run dry by 2025. But is there any possibility that Pakistan will face severe water scarcity in the future? WILL THERE BE ANY WATER SHORTAGE IN PAKISTAN BY 2025? 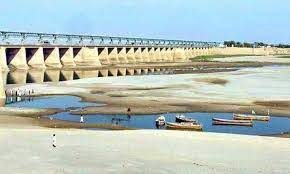 Pakistan’s economy is dependent on its agriculture sector as it contributes 26% of the gross domestic product (GDP) for the country. The agriculture sector uses about 70% of fresh water in the production of crops. The IMF report suggests that the single source of water in Pakistan is in the Indus River. The reports further suggest that the supply of water has been decreased to 1017 cubic centimeters and it is expected to decrease more.

If we dug in past, Pakistan has been facing the water problem since its creation. In April 1948, India stopped the water flow due to the disputed Kashmir issue. The Indus water treaty was signed under the world bank which gives the right to Pakistan over the Indus River and its tributaries. It became one of the sources of Pakistan water along with the 60% rainwater. WILL THERE BE ANY WATER SHORTAGE IN PAKISTAN BY 2025?

The world bank report suggests that the water shortage in Pakistan started in the year 2000 as at that time it was 1700 cubic meters per capita year and it will fall to 1000 per capita till 2035. The PCRWR ( Pakistan council research of water resources) quoted that Pakistan has entered the water stress line in 1990 and in 2005 it entered the ” water scarcity line” 2005. If the situation remains the same and no action is taken to protect the environment and save the water then the country can experience more droughts in the future. WILL THERE BE ANY WATER SHORTAGE IN PAKISTAN BY 2025? 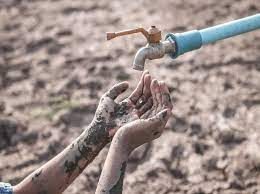 The 60% disease in Pakistan has been occurred due to the unsafe or arsenic water. In many parts of bolochistan, there has been severe drought due to the lack of water. The report by the Quetta water and sanitation Authority shows that the city is facing a water shortage of 20 million gallons of water per day. WILL THERE BE ANY WATER SHORTAGE IN PAKISTAN BY 2025?

There is multiple reasons behind the water scarcity in Pakistan presented by the experts. Many experts says that the rising population is the reason behind the scarcity of water in Pakistan. Pakistan lies among the 6 world largest country in the world with 220 million. In 2025, the population is expected to increase to 227 million in Pakistan.

The need for water will rise to 274 million acre-feet while the supply only is 191 million acres. The change in climate plays another important role in the shortage of water. Rainfall, glacier and Indus river is the major source of water supply in Pakistan. The temperature is expecting to rise in 2025 which will affect the water cycle in the country.

Water being an important factor in everyone lives, the question arises about the government policies regarding the alarming situation. In the year 2018, the Pakistani government realizes the problem and ask the citizen for their contribution in building two dams. Moreover, in 2018 the Pakistani government signed the 41-page document which specifies that 10% of funds will be saved for water infrastructure.

The national and international citizen-funded 114 billion to fund the two dams in Pakistan. The chief minister of Punjab Mian Shahbaaz Sharif created 80 filtration plants around Punjab in 2017. WILL THERE BE ANY WATER SHORTAGE IN PAKISTAN BY 2025?