After the demise of the USSR, United States didn’t see Communism as an impeaching force to its liberal Democratic norms and Capitalism. The USA emerges to be the sole superpower. Since then raises big questions about how would the future global political system look like? Who will be the US’s (or in other words west’s) next enemy? And how would this world respond to a unipolar system?

In this post-cold war era, the Superpower war has been replaced by side disputes or conflicts in which one country supports one party and the other supports the opposite side. As the disputes increase each side tries to approach a country or group which is close to its civilization. Mostly, each side tries to get the help of a third party that is close to its culture or civilization.

For example, as recent Armenia-Azerbaijan conflict Islamic world has supported Azerbaijan and Armenia has been supported by the West. When different civilization gets involved in a conflict then the dispute becomes more intense. After the cold war, the West emerges as an economic, military, and political giant. If the future war would possibly be on cultural or civilizational grounds then who will most probably encounter the west.

Although there are 9 major civilizations in the world namely Islamic, Hindu, Chinese, western, Buddhism, Japanese, Latin America, and African. I consider Islam to be the long-term potential challenger for the West. One will say, China is the biggest challenge for the US in the present scenario.

But we should keep in mind, China 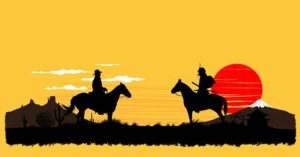 Is threatening the US on economic fronts and Chinese civilization though many old but not “Universal” civilizations like that of Islam and Christianity. Universal by here means civilization that covers a vast area, having religious commitments over the globe and who can potentially increase its influence all around the world. Africa under Islamic and western influence has somehow lost its African sense. The only civilization which could counter the west is Islam since it’s a Universal civilization and both Civilizations had been under clash many times in history. Bill Clinton although says West has no issue with overall Islam but its major concern is radical Islamist groups. But 200-year long history shows something else.

During the 7th and 8th century Islam emerges as power after controlling Middle East, Iran, Northern India, and southern Iberia. Then in 11-century, the Christian world started the Crusades to resist Islam. It was at this moment when Ottoman Turks appeared and in short duration became a potential threat for Europe. It was the time when Europe strived for its existence. Islam was the only civilization posing a serious threat to the West. Then west again rose in 15 century. Europe developed remarkably in a naval capacity. Portuguese became able to intrude in Muslim centers. Ottoman became “Sick Men of Europe”. Europe advanced in almost every field of life.

The age of colonialism then poses a serious threat to the Islamic world. After WW1 and the fall of the Ottoman Empire, Islam gets deprived of its center and the Islamic world was rebuilt by Europe on basis of Nation-State. After the end of WW2 and in the post-colonial era skirmishes between Europe and Islamic countries have been seen. Now Islamic world is a substantial threat to Europe in the future as the wheel of time rotates Islam will put all its forces to encounter west hegemony. 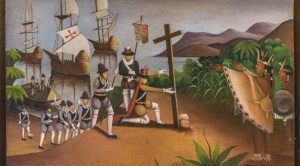 In the 1990s, after the fall of the USSR, the mutual enemy of the West and Islam had vanished. Due to this reason both the civilizations had become a potential threat to each other. Many people predict there would be a future war between Islam and the West. The conflict between the two is harsh on population, economic development, technological advances, and religious commitments. West in an attempt to make its civilization solely Universal has tried to enhance its military and economic grip on the world and has always interfered in the Islamic world. That’s why hatred has been increased for the West among Muslims.

Pakistan and Turkey, one of the closest allies of the US during the cold war since then both have been internally under the pressure of Islam lovers. If we look into history, then it is pretty clear that when Islam is in power, the west takes it as a threat for its existence and planned conspiracies at every best possible area they can, same is the case when the west is in power.

After Iranian Revolution, a clear conflict has emerged among the two as Khomeini and Saddam called for a Holy war against the west. West in return declared many Islamic states as terrorists. Due to this, both have been recognized as open rivals. In this conflict, each side is trying to look for the weakness of the other. “Islamic Fundamentalism” is not a problem for the West but in fact, Islam is a problem for them.

Same alike, American Pentagon and CIA is not the main issue for Muslims but in fact, the west is an issue for them, which is a different civilization and whose followers are trying to impeach world influence. Out of much war that had been fought between people of different religions, about 50% had been fought among Christian and Muslims in the second half of 18 century and the 1st half of 19 century. 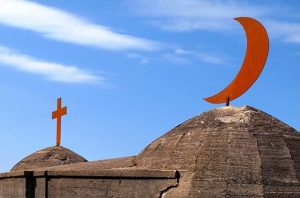 Of all the existing theories that have been developed to explain post-Cold War politics and the making of new world order. “Clash of Civilizations” theory best explains the possible future grounds of War, conflicts, and who will be a potential enemy of the West in the future. The world has now been shifted from ideological, political, and economic warfare to cultural and civilizational fronts. Although China is threatening the US on economic fronts Chinese civilization is not powerful enough to encounter western civilization. Chinese civilization has no Universal influence so it is not enough powerful to counter the West. The only potential challenger for the West in the future is Islam as both are Universal civilizations and have a history of long-term clashes.

Huntington in his book “Clash of Civilizations” stated that “West and Islam are under collision that will decide 21century global conflicts”. West considers Islam to be its opponent and because of the reason always tried to conspire against the Islamic world if it is a chase of Jewish habilitation, wars in the Middle East and Afghanistan, Kashmir issue to even manipulation of economic reserves.

The West in an attempt of implementing its ideas, thinking’s and culture in the East is now facing serious dislodge. “Kemalism” has now been replaced by “Nationalism”. Those Muslim leaders who consider adopting westernization as one of the major things for their development and prosperity are now focusing on National self-Identity and more on their cultures. They blame the west for most of the problems as we probably heard of the phrase “if two fishes are fighting, there must be an English man passes by”. This shift of narratives is not affiliated with just Islamic Fundamentalist but Islamic Liberals like Fatima Marneesi had also seen in speaking against the west in his book “Islam and Democracy”. This all is now taking the shape of the New Cold War between Islam and the West.

The fight between the two is mainly of population ratio, economic welfare, technological advances, and religious commitments about which west is leading today but the time wheel will turn towards Islam, many believe. But one thing is clear, future disputes will take shape of Civilizational or cultural wars about which west radars are showing Islamic threats.