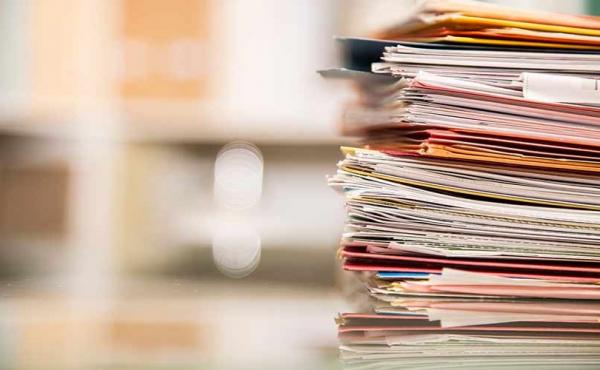 Pakistan, a state where no one hears the plea of Rashida Bibi who visits nearby police station for registration of FIR against her rapists, a state where Noor Mukadam is being murdered and is unable to get justice, a state where a bribe is required to get even a legal work to be done, a state where brothers declare their siblings died on record and siblings live their lives miserably just asking for their share in the property, and a state where businessmen monopolize by gratifying institutions as being done with railway and excise department. INSTITUTIONAL DECAY

The decay aforementioned is too short to explain the unseen ebbing of the institutions here in Pakistan. There are four chief reasons behind this continuous decay of the institutions in Pakistan. The first and most important reason for this decay is the politicization and militarization of the institutions. This virus has its roots in Z.A Bhutto’s era due to his nationalization policies but spread more rapidly in Zia’s era when he started making armed personnel the head of civil departments. Afterward, rapid shifts in political governments in the 1990s had weakened the institutions even more. INSTITUTIONAL DECAY

Gen. Musharraf tried to strengthen institutions but his maneuvers for getting political acceptance such as giving powers to local governments at the expense of powers of civil servants was also a setback for the institutional strength. The current decade is also witnessing the same decay. Secondly, the gap between salary and expenditure brings the government servants towards corruption – a menace for public institutions. This curse deepens with time due to the continuous downward movement of the state economy.

Thirdly, the institutions also suffered from the policies of political government seeking the personal interests of the politicians or the policies to serve businessmen in order to get benefits. Such as, ‘Mr. 10 percent had ensured the monopoly of Indus Motors in Pakistan and has stopped other companies to follow the pursuit and build their setup here in Pakistan just for their personal interests. INSTITUTIONAL DECAY

Lastly, the colonial setup has not been reformed much. Most of the civil and criminal laws are inherited from the British era and the civil institutions are still running under the same laws. Despite the fact that the world has moved on and has gone through the technological revolution our institutions still use old means and procedures for their general working. These reasons are actually the major termites making the institutions hollow inside.

Initially, there is a need for the de-politicization of the institutions. It can only be achieved by making the institutional hierarchy strong enough to stand and function independently. The government should award budgets to the departments rather than handing them over to the politicians. INSTITUTIONAL DECAY

Moreover, the planning and development commission should be strengthened to plan and suggest to the incumbent government about the necessity and feasibility of the project. And the budgets should be then awarded to the respective departments for those projects. In addition, the government although is economically not that much strong yet it should pay the employees a reasonable salary and other services through which their families can lead a happy and peaceful life. INSTITUTIONAL DECAY

Next, there is a need for bringing the technological revolution in government departments. The procedures involving the use of the technology will reduce the chances of corruption and will ensure transparency in the governmental procedures. The use of technology will also reduce procedural delays. Likewise, there is a need for accentuating the internal accountability mechanisms of the departments. INSTITUTIONAL DECAY

Furthermore, the government should hire technocrats such as Dr. Ishrat and should consult think tanks for making effective policies for strengthening and reforming institutions. The reforms cannot be brought rapidly, rather it is a gradual process in order to make that reforms being accepted by the institutions. INSTITUTIONAL DECAY

So, reforming institutions has become the need of the hour. Some institutional reforms are being suggested below. Firstly, law enforcement agencies can be reformed by the use of technology i.e. by introducing an online complaint mechanism. There is a need for introducing community policing in society in order to reduce the crimes and public wrongs, and enhancing the productivity of the police. INSTITUTIONAL DECAY

There is a need for the moral upbringing of the officers which can be ensured through training and by strengthening media. Secondly, there is a need for reforms in the judiciary. So as to speed up the delivery of justice there is a need for interchanging the whole system by the model court system and online portals. Alternative dispute resolution mechanisms can also enhance the productivity of the system and will add to the speedy disposal of the cases.

Thirdly, in energy and power departments, there is a need for giving the jobs to the engineers well learned and experienced in the fieldwork rather than those knowing only the bookish things – as productivity depends on the field knowledge. 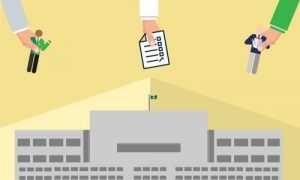 Moreover, the development commission should remain in contact with these departments and the teams should regularly survey the development projects under construction for sake of the quality and stability analysis of the project. Fourthly, the Pakistan railway and PIA can become more efficient when the monopolies of other transport companies will be addressed.

The government can increase taxes on the private service providers while making Railway and PIA services cost-efficient. There is a need for reducing the subsidies provided to the business sector, as it costs the government its reduced taxes and decay of its institutions. INSTITUTIONAL DECAY

Fourthly, there is a need to shift the tax receiving process online. By this, the tax evacuations and the corruption of the revenue collection departments will be reduced and the process will become more transparent and legal. Lastly, there is a need to improve health and education services which can be improved by competing with the services provided by the private institutions. INSTITUTIONAL DECAY

In short, modern public service management should be introduced in the public service of Pakistan. There is a need to treat the public as citizens and there is a need to own your state and its institutions. The call now is the call of the national cause, the call for loyalty with your state, and the call for the ownership and fidelity towards your people. We the citizens of Pakistan will together nestle these institutions through our devotion by transforming our culture. 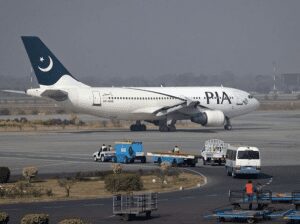 There is just a need to listen to the whisper of time calling a wake-up call. Let’s move forward and make our nation great again, the stories of whose wealth had once spread restlessness among European conquerors. INSTITUTIONAL DECAY