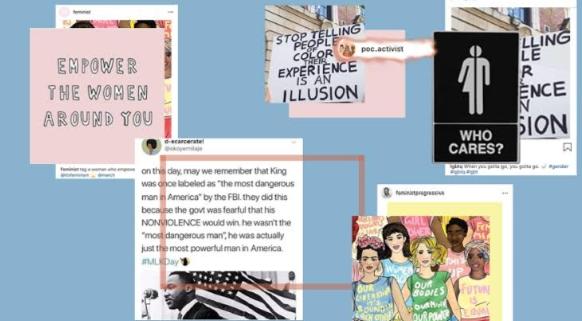 Traditionally, accountability has stood for how responsible a person has been in the role they have taken in society. More often than not, this role is that of a civil servant, and the responsibility that they hold is towards the state and its citizens. Accountability, therefore, acts in a hierarchical manner where the top elected officials keep in check the bureaucracy, and these elected officials are kept in check by the voters as per the constitution. Whichever channel the accountability flows through; the intended result is always the same; to keep the machinery of the state and its institutions running as the constitution directs them. Accountability

Accountability can be moral, political, social, and/or personal. Such demarcations exist because of the values that are associated with them. These values represent the familial, tribal, societal, and national cultures and very often they shape the behaviors that an individual adopts in terms of their conduct in their personal lives and the office that they take. These behaviors can and are affected by opinions, life experiences, and narratives, that, they come across daily. Accountability

If we discuss political accountability, the ground procedures remain the same for all countries. Each country has a constitution that guides the organizational setup of the state. The state machinery then functions in line with it and to keep the system in check, these organizations have inbuilt systems to make sure no one strays from the standard operating procedures. Other external factors also exist to aid in this process, for instance, media houses and the democratic electoral system. The need for external setups is felt because we have humans occupying these roles, thereby, bringing in cognitive and selfish biases and interests when it comes to the completion of roles. Accountability

Humans are best kept in check by humans. Pick out Rousseau’s Social Contract Theory and you’ll see that if the ruler-ruled contract tips only in the favor of the ruler, then the ruled are allowed to stand up to the ruler. Now apply this equation to the 21st century. As much power as the ruler has gained, the ruled are not impotent themselves. Especially, in this age of digitalization, where almost everyone with access to a cellphone has now the platform to voice their opinions and concerns. Accountability

The digital media including social media now resonates with the working of a courtroom in which the digital media acts as a lawyer whilst the audience or netizens as they are called are the judges. Meanwhile, the activists are the jurors, who, understand the trial and are there to guide the judges to who they think is guilty or not.

Today the digital media has become a host to such trials. Ever-increasing. Every day new cases showing up. And such is the effect of this digital courtroom that politicians, celebrities, sportspersons, and digital creators are found passing statements, clarifying claims, and breaking news on their social media handles first. Accountability

In Pakistan, the digital media blazed during the Presidency of President Musharraf but to date, the government that has used it the most is the current PTI government of Prime Minister Imran Khan. He and his cabinet including the President are some of the most active users of the platforms garnering thousands of supporters for their various campaigns. This has, without a doubt, worked very well for them, however, it has not always tipped in their favor. Accountability

Their government has also become the one to be most called out on. Twitter is proof of how every day the ‘Netizen Adalat’ comes alive to call out the government on a bill that was not approved or a statement that settled wrong. It seems as if the new age of digitalization will mature fully through the current regime.

Even though it may not be a preferable attribute for the current government, but the dawn of the new era of accountability is a remarkable sign for the people. Especially those who do not have the privileges to escape injustices at the hand of the system.

Look at the events of June till August in Pakistan. They serve as a great example of why this new era is the need of the hour. These past few months have not been great for the women and children of the country. There is the rise of sexual abuse of children, blatant femicide, rejected women’s rights bills, and dubious remarks on rapes by the Prime Minister himself. What is different this time around is the unapologetic eye of social media. Netizens do not forget.

Neither do they let you! When Prime Minister Khan gave the BBC interview, no one stayed quiet. After Noor Mukkadam’s murder trial, the PM was seen giving more stringent statements on the matter whilst also giving new statements on rape and rape victims themselves. Many dubbed it the correct ‘U-turn’, a term associated with the government’s political decisions.

For a country like Pakistan, this new era is welcomed by many, the writer of this article included. We live in a country where feudalistic behaviors often take over democratic ones. As a result, even justice is elitist. For such a culture to thaw is simply great news because the result is more responsible politics, more responsible justice, and at the center of it all, more responsible journalism. This new equation of accountability which has a space for both digital media and activism is without a doubt more welcomed than the traditional equation where the result was often suspicious and never on time!