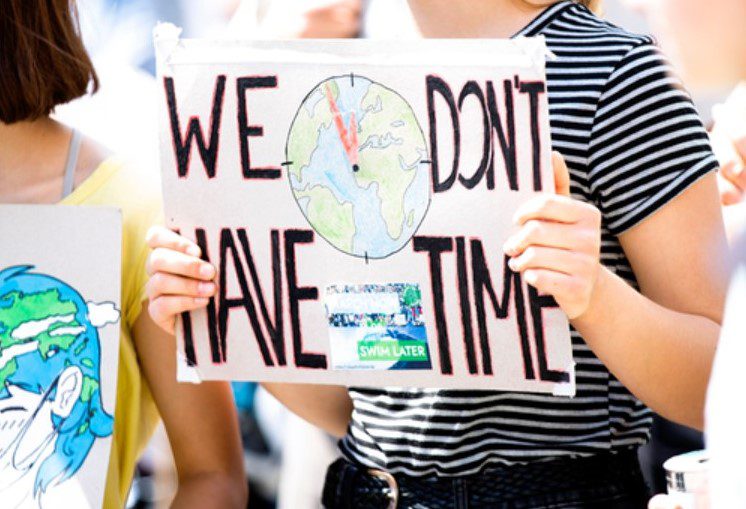 The creation of wide-ranging environmental problems due to human activities is suggestive of a marked climate change over the last 300 years. Mass production, burning of fossil fuels and escalation of greenhouse gases produced by the capitalist-industrial system have contributed to a consistent increase in the Earth’s temperature. Climatologists and environmental experts share an agreement that climate change is happening at an unprecedented pace. Around the world, there is a simultaneous loss of biological and cultural diversity which is anything but a sheer concurrence.

Collective unconsciousness has caused us to separate ourselves from nature even though the interconnectedness is one of a kind. The global discourse and wider narrative on climate change imply that there is something gravely wrong with the associated language. Since the 1950s, billions of dollars have been invested in climate research and the growing body of environmental movements but the underlying efforts and discussions have not reached at an internationally uniform commitment. Statistical reports and a scientifically objective view of the matter fail to extend the necessary and easily graspable comprehension of climate change to the masses. Resultantly, a lack of clear scientific understanding about the matter and the sheer inability to adapt the descriptive accounts with the mundane and commonplace factors of life have intensified the situation. One does not, at an individual or a collective level think about the seriousness of climate emergency unless they are hit by an incident which affects them personally.

Masses leverage themselves with spatial or temporal discount and the climate change crisis is treated as something that happens too far away, or too far in the future to care about. The climate emergency incriminates our systemic injustices, our relationship to progress and all of our social structures. There are convoluted networks of entrenched interests which hamper concerted and collective action. The crisis also warrants a formal declaration of climate emergency which is supported by an undeniable scientific consensus. Climate changes are thought about in large terms, for instance, in terms of the global and of weather patterns. At its core, people experience the changes in very local terms. Extreme heat waves, floods and droughts, loss of property and crops are some adverse effects that cause costly disruptions to societies and pose hindrance to any latent efforts towards ecological restoration.

In a quickly changing world with an exponential progress in technology, the complex relationship between economy and environment has experienced fundamental shifts most of which require the redefining of sustainable development. There is a co-existence of environmental emergency and a prominent reluctance to take urgent and meaningful action which is raising pertinent questions on the planet’s finite capacity to support and exhaustively absorb human impact. The human-centric worldview and an ever-increasing stress on consumption can be attributed to an unembellished trade-off between development and climate change. Policy agendas of many developing countries are exclusive of climate change, in spite of the knowledge that these countries are particularly vulnerable to consequential disastrous effects. The prevalent economic system has paved the way for a sustainability crisis and the power structure impedes progress in the implementation of substantial reforms. As commendable as the SDGs are, an essential infeasibility is predicted unless awareness of the environmental crises is real and ready to elicit enormous and continuous response from the masses.

Apart from rational utilization of fossil energy, abandonment of a human-centric concept of economic growth and development is vital. Popularization of environmental protection and effective dissemination of necessary knowledge can be enhanced by properly educating the society. The growing ecological debate will continue to threat humanity if developmental interventions fail to embrace sustainable livelihoods and lifestyles. Setting up of incentives for timely solutions and a proactive manner of environmental planning can build cooperation around environment and development.

There is a dire need for communicating climate science beyond academia and potential discussion in a heterogeneous manner is possible if wide-ranging dimensions associated with climate change are included. Grave concern about the issue will only be met with adequate policy action if effective use of social science research is made. Current heatwaves and other visible indicators of climate change are a trifling sign of a much hotter future. The academia can be pinned as one of the early predictors of the perils of climate change, therefore, a boost in climate literacy among masses and policymakers should also be assisted by academic research.

Management of existing natural and man-made resources has a huge impact on global climate. An escalating stress on consumption combined with a relentless human-centric worldview on development has created wide-ranging environmental problems. A scientifically detached view of the matter is rendering masses unable to adapt to the unique and serious challenges of climate change. A much hotter future with significantly threatening crises is impending and the current heatwaves are visible predictors of the grim prospects. An enormous and consistent response can only be elicited from various segments of the society if climate science is communicated and conversed about beyond academia in a heterogeneous manner.

Share
Facebook
Twitter
Pinterest
WhatsApp
Previous article
ARE YOU DEAF? SHE’S CLEARLY SCREAMED “NO!” An article about the rape culture in India
Next article
The Domestic Violence Bill, 2021; another progressive Bill tabled by misinformation?
- Advertisement -