The Domestic Violence Bill, 2021; another progressive Bill tabled by misinformation? 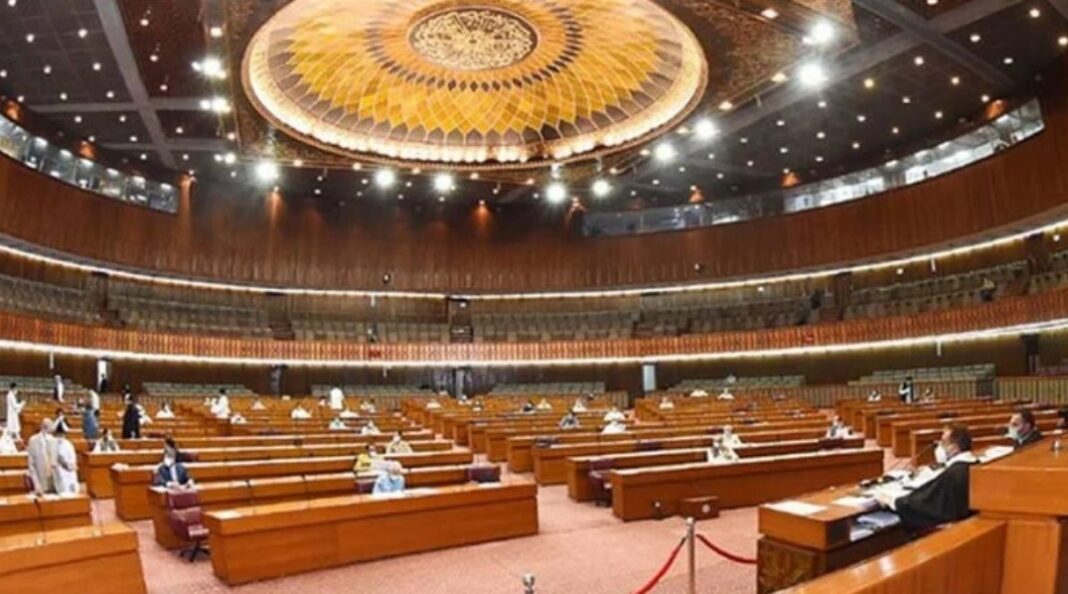 The Domestic Violence Bill, 2021; another progressive Bill tabled by misinformation?

The current socio-political climate of Pakistan seems to be submerged within incidents of violence, particularly those involving women. Despite calls and assertions from certain sects of society to categorize these incidents as ‘isolated’, the ever-mounting piles of these gender-based crimes seems to be rising by the day. Such string of incidents ultimately leads to the emergence of a pattern within the society, which can be deemed systematic in nature.

To address these instances of violence, the Minister for Human Rights introduced the Domestic Violence (Prevention and Protection) Bill, 2021 on 19th April 2021. The Bill that did not ultimately pass within the Assembly to become a statutory enactment of law, because of calls from various sects of society. Eventually, Adviser to the Prime Minister on Parliamentary Affairs, Babar Awan, wrote a letter to the Speaker of the National Assembly, Asad Qaiser and sought a review of the Bill in question, by the Council of Islamic Ideology. The Council of Islamic Ideology, notorious for objecting on any laws that are progressive in terms of provision of rights to minorities, gender and religious, both, led to the Domestic Violence (Prevention and Protection) Bill, 2021 being put on hold indefinitely.

The Letter written by Awan to Qaiser, suggested that the Bill contravened “Islamic [injunctions] and way of life as enshrined in responsibility of the state in Article 31 of the Constitution of Islamic Republic Pakistan”. The natural question that arises then is how the Bill appears to conflict with the Islamic way of life.

Interestingly, the Domestic Violence (Prevention and Protection) Bill, 2021, does not only provide protection to women but rather aims to “establish an effective system of protection, relief and rehabilitation of women, children, elders and other vulnerable persons against domestic violence”, suggests the Report of the Standing Committee on Human Rights on the said Bill. Thus, the Bill aims to protect all those impacted by physical, emotional, psychological, social and economic abuse that occurs within the domestic sphere. The ambit of the protection provided to individuals under the Bill is so wide, that the definition of a vulnerable person under Section 2 (xix) of the Bill includes anyone who is “vulnerable due to old age, mental illness, or physical, learning, psychosocial or other disability, or for other special reason.”

The Bill envisages a regime for the protection of survivors of domestic violence in the context of the social, cultural, and legal impediments that most suffering from domestic violence within the country face, often, these factors become monumental in helping a survivor take the decision in reporting the crime. This includes the right to reside in a household, as stipulated within Section 6 of the Bill that allows any aggrieved person to either reside in the shared household regardless of whether they have any right, title or beneficial interest in the property or in a shelter home. Taking into account, that often in many instances, the abusers are breadwinners or those with the power to essentially render a survivor homeless, if they were to take action against the abuser. Similarly, under Section 9 of the Bill, the Court may pass an order during the course of a trial to provide monetary relief to either the aggrieved and their children, this can include compensation, medical expenses, any other loss suffered, including earnings or property damage, etc.

The Bill therefore acknowledges the struggle that many survivors go through, particularly, in the patriarchal society such as Pakistan, where any attempts by the survivor to either leave the abusive household or reporting of any abuse, could lead to physical harm and violence directed at the survivor, in some instances, even death. Section 8 of the Bill, allows the Court to issue a protection order and direct the respondent to ensure no further domestic violence against the aggrieved is carried out, this can include maintaining distance from the survivor, moving out of a shared house, no communication and wearing of an ankle or wrist bracelet GPS tracker, in a situations that could endanger the survivor’s life. Further, in this respect, the Bill also constitutes a Protection Committee and a Protection Officer to assist the survivor throughout the process of the trial, maintain records regarding incidents of domestic violence and other duties that may be essential for protecting the aggrieved and ensuring justice, under Section 15.

However, it is pertinent to note, that the jurisdiction of the Bill is restricted territorially to only Islamabad, and does not apply to the rest of Pakistan, even if it were to pass the Senate. Ultimately, the Bill currently resides in a ‘blackhole’, like many other progressive bills that have not passed through the parliament. Despite the impediments that such a bill faces in the parliament, if the Bill were to pass and be implemented even within the territorial boundaries of the city of Islamabad, it would serve as an example, that a well drafted piece of legislation, implemented within the society can achieve.