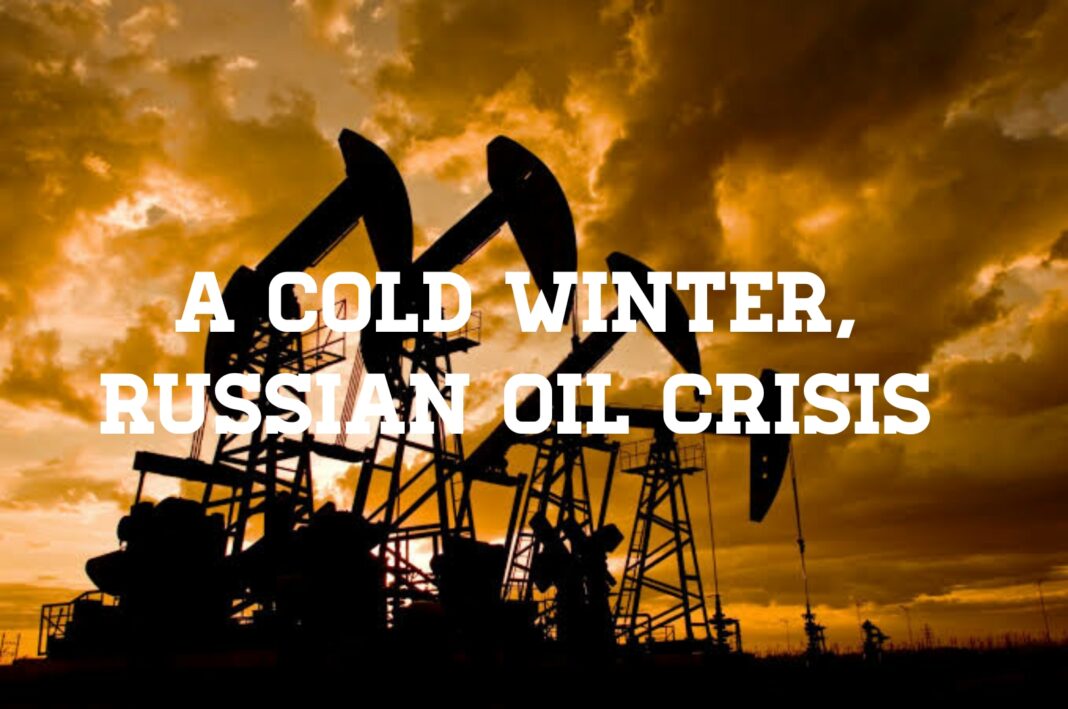 During the conflict between Russia and Ukraine, Russia answered the global sanctions by cutting down the gas pipelines of Europe. It would not only cause blackouts but a rise in inflation too. Upcoming months are of the winter season in Europe and the Europeans are going to face many troubles.

Since the Russian Ukraine war began, the western countries stopped importing oil from Russia due to sanctions. But the sanctions do not seem to be effective as Russia found new customers in Asia. This is the reason for increased production of Russian oil in May and April compared to the previous two months.

Furthermore, Gazprom is Russia’s leading energy company. It cuts off the gas pipeline to Europe. Experts blamed the US for the recent European energy crisis. In a cold winter Europe is paying the price of a US-backed economic war against Russia.

The situation is becoming terrible for Europe day by day. Because the Russian oil crisis is not only a matter of the upcoming winter season. Media reports are saying that European countries can face the worst conditions for many other years. As the energy crisis is one of the post war effects.

Europe is trying to reserve oil and gas but Russia’s oil price caps are making the situation difficult. By shutting down the gas pipeline. And making the oil price caps for Russian oil purchases. Both factors are increasing European energy shortages.

Russia did not cut the pipeline the first time. It has fluctuated the energy supply to European countries many times since the Russian Ukraine war began. It caused the hike in energy prices five times more from August 2021 to June 2022.

Hence, analysts reported that the US energy companies gained benefits from the energy and Russian oil crisis in Europe. Because the Europeans find them as alternative energy suppliers.

Europe was using the energy in industries and generating electricity. But the scenario has put the European government in trouble. Because it not only slows down the economic growth but also causes the rise in domestic utility bills. Spending a cold winter in a time of energy shortage is another huge issue.

What role is Iran playing?

Iran is the second largest oil producing country. But due to the sanctions because of its nuclear program, Iran currently cannot sell it to European countries. But a spokesperson of Iran’s foreign ministry said that Iran can sell its oil to Europe. If Europe lifts the global sanctions against Iran.

The European energy crisis can be managed by Iran’s oil. But there is not a quick way to solve the problem. Because there is not any pipeline. Hence, the upcoming winter would be a huge disaster for Europe.

Europe needs four times more energy in winter season than summer. The difference for the energy is estimated upto 15 percent. Furthermore, the shortage would not only affect the economy but European people too.

The death ratio in relation to cold weather is 10 times higher than the hot weather. That simply means when energy was cheap the death ration was 10 times. But in the current situation, when energy is expensive then more casualties are expected.

What is Europe planning?

Europe is looking for alternative energy resources that can help them in times of crises. Such as, they are importing LNG or liquefied natural gas from the United States. Azerbaijan and Norway are also exporting gas to Europe but it is quite expensive.

Germany is operating its coal power plant and has shut down some oil power plants. The European countries planned to lower oil usage till March, 2023.

Furthermore, the experts say that the measures can roughly make the situation better. Because the alternative plans are expensive and people would bear the consequences of the US backed Russia Ukraine war.

Some European leaders warned that these all are short term planning and can ease the crises for this winter only. They are forced to do long term planning for Russian oil crisis because Europe’s economy is in serious trouble.