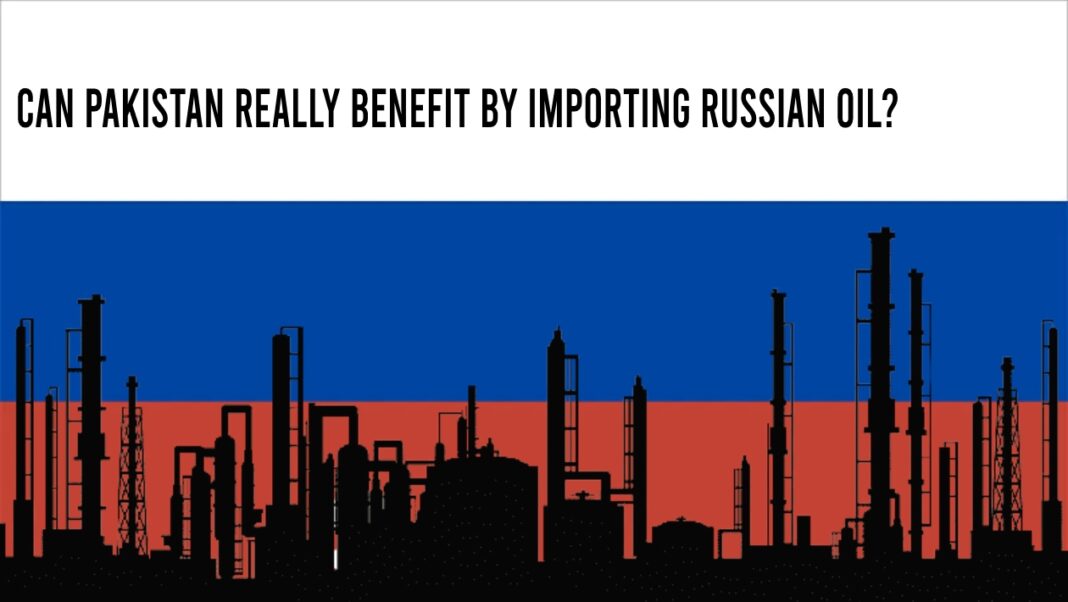 Former PM Imran Khan’s demagogue claim of the Russian oil deal to ease the Pakistanis is not as simple as Imran Khan makes it look by praising India for importing Russian oil and criticizing the new Pakistani government for not pursuing Russia for cheaper oil.

Imran khan claims that the so-called imported government is not dealing with Russia, in order to please the U.S government, ignoring certain variables such as the quality of crude oil, location, feasibility, transaction structure, transport bills and refining cost.

Refinery economics cannot be ignored while making such a deal. Currently there are 5 refineries in Pakistan. Byco petroleum and Pak-Arab refinery (PARCO) are the largest, which process more than half volume of imported crude oil, and turn it into petroleum products.

Pakistan imports oil from the Middle East, the crude oil which it imports is “ARAB LIGHT” which is a sweet crude and easy to process. Russia is offering a discount on its “URAL” crude oil. “URAL” has high Sulphur content, making it sour crude, for which specific capacity of refineries is needed.

As per statement of Chief executive of Pakistan refineries, Zahid Meer, although Pakistan refineries can process URAL but it will cost more. The cost of “3-2-1 crack-speed” will increase significantly. Hence decreasing the refining margin.

The other important variable which needed to be considered is the location, as Pakistan has to bear the transportation cost. It doesn’t seem practically feasible to send crude oil containers to Pakistan via the Indo-Pacific Ocean. As, Indo-Pacific is already dominated by the U.S.A through a series of alliances such as “QUAD”, of which India is also a part.

Moreover, the transactional structure is not there to pay Russia. It is again a variable ignored, if the banks will finance Russian imports? The Ruble trade is another obstacle which needs to be tackled before considering such a deal.

Lastly, if everything goes well even then the chances of providing cheaper oil to people of Pakistan are narrow. As it is not the government but oil refineries who buy crude oil from the international market and then process it to get petroleum products.

Additionally, as the prices of refined petroleum would be according to the international market, the Government would still have to subsidize it, in order to decrease the petroleum prices.

So, the question may arise how India is able to import oil from Russia. It is because India is already 3rd largest importer of Russian oil in Asia, it already has suitable refineries to process “Ural” crude oil, and a transactional structure is already in place.

In a nutshell, Pakistan is a sovereign country and has every right to exercise independent foreign policy but it doesn’t mean to leave one political bloc and jump into the other one.

Pakistan should play her “act of balancing” very smartly and should only make decisions on economic grounds instead of political purposes. Realism is again on the rise and it states that, “Self-interest is the only interest important in world politics”.