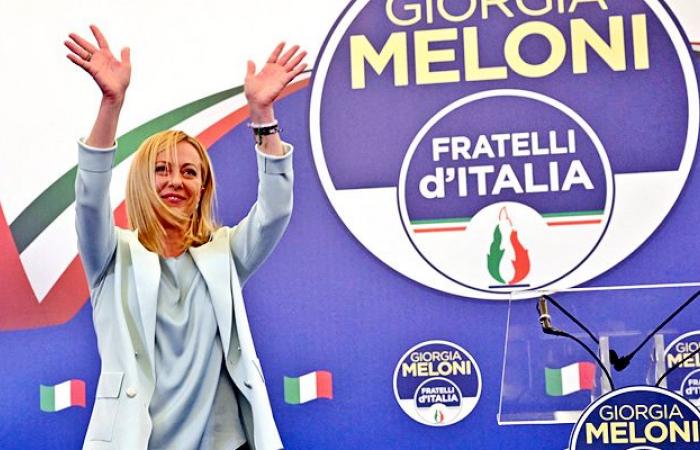 Giorgia Meloni became the new prime minister of Italy. On Sunday, September 25, 2022, the country held its general election. After the political crisis began in the country, President Sergio Mattarella decided to dissolve the Parliament. The President called for new elections in the country.

Mario Draghi resigned from his post after one of the political parties under his ruling refused to vote in a vote of confidence. At first, The President of Italy rejected his resignation and asked him to address the situation in the Parliament.

Who Is Giorgia Meloni?

Giorgia Meloni became the first female to serve as the prime minister of Italy. She is also the President of the European Conservatives and Reformists Party. Her political career began in 2006 when she became a member of the Chamber of Deputies. The same year she also started her work in the field of journalism.

She completed her graduation from Rome’s Amerigo Vespucci Institute (AVI). At age 15, she joined the youth wing of a neo-fascist political party led by Benito Mussolini. She has also worked as a bartender, waitress, and nanny.

Meloni also held the title of the youngest minister in the history of Italy when she became the Minister of Youth in the Berlusconi IV Cabinet. She founded the political party Brother of Italy in the year 2012. As the leader of the political party, she led several political campaigns.

The Italy General Elections 2022 had the lowest voter turnaround of 63.9%. Brothers of Italy won the maximum of the seats in the Italian Parliament. The announcement of the 2022 general elections came on July 21 following the resignation of state minister Mario Draghi. Since that time, the election campaign has begun in the country.

Seats won by the political parties in the Italy’s general elections:

What Kind of Prime minister will Giorgia Meloni be?

Ever since the results of the general election have been announced in Italy, the one question in the mind of every citizen is what kind of Prime minister Giorgia Meloni will be. Meloni’s background and her opinions have raised concern among the people. She is said to have conservative thoughts, but she never hesitated to express her thoughts, regardless of what people said about her. She condemned the Italian racial laws and the Russian invasion of Ukraine.

Acting as the country’s prime minister, we can say that Giorgia Meloni will adopt a traditional political stance toward the situation. Since Meloni is young and more energetic than Mario Draghi, therefore, people have many more expectations from her. She has the opportunity to prove herself by forming a credible government. Although Giorgia Meloni won elections with a huge margin, she still had to win the confidence of many Italians who did not vote for her.

“That is something that will change in the coming months. It doesn’t mean having a negative stance toward others, it means having a positive one for ourselves that starts off from the defence of national interests, because everyone else is doing it.”

Giorgia Meloni’s party Brothers of Italy originates from the neo-fascist movement. Meloni used to praise Benito Mussolini, who led the neo-fascist party. During one of her campaigns, Meloni said:

“The Italian right has handed fascism over to history for decades now, unambiguously condemning the suppression of democracy and the ignominious anti-Jewish laws.“