Ecofeminism: an intersection of gender and climate change 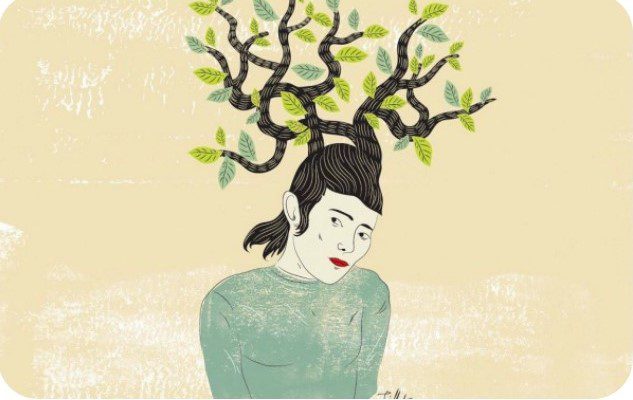 Ecofeminism: an intersection of gender and climate change

We all have heard about the doctrine of feminism that is a socio-political movement that believes in equal rights and opportunities for men and women. It Advocates for women’s rights based on gender equality. Women’s rights movements around the globe have become a common phenomenon. But the concept of ecofeminism is the least discussed topic in the world. Ecofeminism is an amalgamation of two different notions, that are environmentalism and feminism. The gender issues and environmental issues are intertwined with each other and one cannot neglect this reality.

Ecofeminism, also known as ecological feminism, is a subset of feminism that investigates the relationships between women and nature. This theory emphasizes how patriarchal (or male-centered) society treats both nature and women. Ecofeminists investigate gender roles and sexual identities to evaluate how social norms unfairly dominate women and nature.

Since its inception in the mid-1800s, feminism has undergone numerous evolutions and resurgences. As awareness of climate change and successive gender rights movements grew in the past few decades, feminists attempted to define how the movements for gender equality and environmental conservation have been connected. The modern ecofeminist movement arose from a series of meetings and conferences hosted in the United States in the late 1970s and early 1980s by a partnership of professional and academic women. They attempted to address how feminism and environmentalism could be integrated to endorse respect for women and the natural environment.

The term ecofeminism was first introduced by French feminist Françoise Dieudonne. She explained that the discrimination and marginalization of women based on and status are inexorably connected to the exploitation of the environmental world, as both arose as an outcome of male domination. The first significant practical indications of ecofeminism were considered in 1992 at the United Nations Conference on Environment and Development (UNCED), where women’s environmental organisations campaigned for women’s and environmental rights to be considered concurrently. Resultantly, the Women’s Conference was conducted in Beijing in 1995, establishing for the first time that women’s and environmental rights could not be separated.

However, by the late 1990s, global campaigns of ecofeminism had reduced dramatically, and there was a sense that it had run out of energy, despite its highly debatable effect disclosed through UN initiatives. Thus, Ecofeminism has been formally introduced for nearly more than half a century. Even where the term “ecofeminism” is not commonly used, the philosophies of the movement are intertwined with those who vigorously endorse equitable change for humans and the environment in today’s climate change movement.

What kind of role ecofeminism can play  to uplift women?

Connections between environmental and social issues are common but often neglected. Resolving problems in one area can have a ripple effect on improving situations in another. Recognizing the interconnections between climate change and social issues has jeopardized the chances of finding remedies to either. Likewise, In the case of gender equality, strengthening women through sustainability goals, particularly improved healthcare coverage and education, has an immediate impact on lowering emissions by lowering a country’s birth rate. Addressing the underlying cause of these disparities can put a spotlight on how to address these issues.

The world’s population has reached 7.8 billion and according to The UN statistics, this figure will have risen to between 9.4 and 10.1 billion by 2050. Climate change solutions are linked to population growth; as the population grows, more food and fuel must be generated. Increasing population will accelerate the process of carbon emissions. Therefore, to reduce the environmental impact of population growth, states can implement social initiatives that guarantee equal access to healthcare and education opportunities to their citizens. Whether the right to education will be given to women, fertility rates will automatically reduce as they will have more opportunities to pursue their career instead of getting married at an early age.

Moreover, in addition to reducing population growth, strengthening women’s right to schooling can have a significant contribution to sustainable resource management in agricultural economies. In many countries, women are in charge of managing natural resources such as water, fuel, and food. For instance, in the western Himalayas communities, women are typically liable for the protection and conservation of critical natural capital, such as forests, wetlands, wildlife, and agricultural fields, to meet their families’ basic needs.

Altogether these impediments with women’s roles as land managers and a lack of access to education, make the impact of climate change, resource loss, and agricultural failure far more palpable and worrisome for women than their counterparts. Resultantly, women have to face greater burdens than men in situations of poverty and scarcity of resources. According to a 2020 study, when natural resources and ecological services are depleted due to climate change, traditional gender roles intensify, and gender-based violence increases.

Therefore, countries can strengthen their financial systems, enhance the capacity of their financial and educational system, and significantly reduce their carbon footprint by women empowerment and providing them with equal and fair access to critical services. Increasing the number of women who actively participate in environmental policymaking at all levels creates a more determined and equitable public representation.