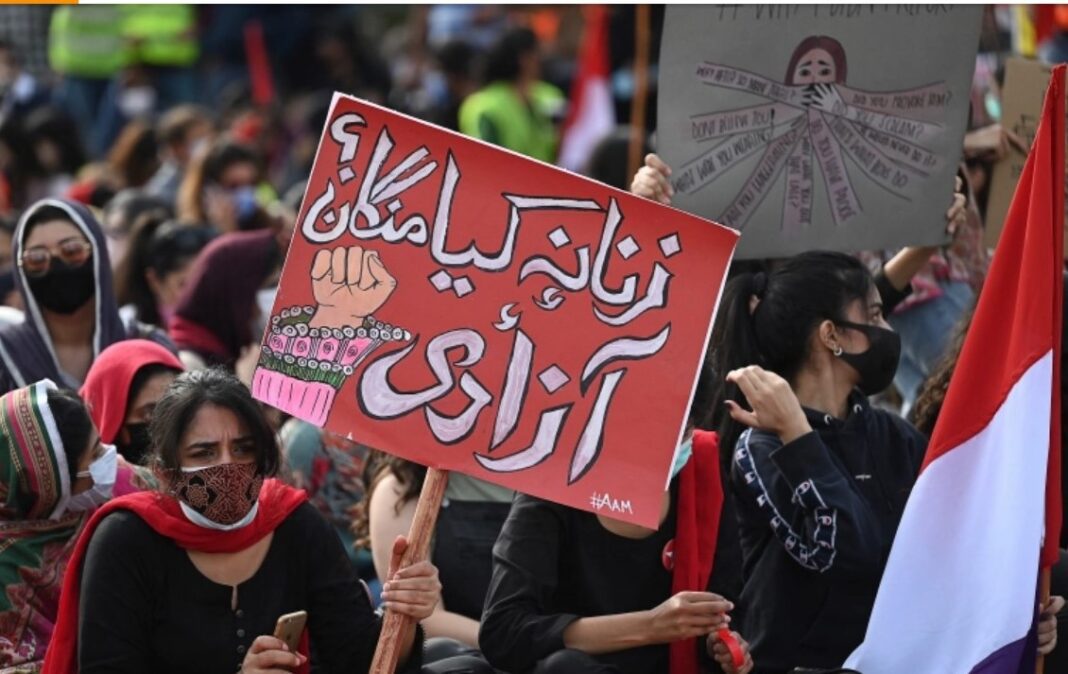 I’ve been sitting in front of a blank screen for the better part of a Wednesday night, thinking of an opening statement. Do I begin with the familiar, ‘In the name of the Lord,’ or with the seemingly worn-out determination by Thomson Reuters Foundation (TRF) ranking Pakistan as the sixth most dangerous country in the world for women? All roads seem to lead to one question, ‘How can I define the plight of feminists in the Islamic Republic of Pakistan?’

The word ‘feminism’ has often been used synonymously with terms such as ‘vulgarity,’ ‘liberalism,’ and ‘westernization’ in Pakistani society. Notwithstanding the obvious misconstruction of the term, it is necessary to sympathize (at least in part) with the sentiments that directly oppose feminism in Pakistan. There have been countless debates throughout the nation between those who support and those who directly oppose feminist movements. The debate is between what is fundamentally correct and what is morally wrong – for both groups, that is.

The opposition maintains their stance that feminism is not required in an Islamist society because Islam has clearly outlined rights for women in the Quran and reinstated those rights by the Sunnah of the Prophet (PBUH). The basis of their argument surrounds the notion that feminism is a ‘tool’ employed by the West to uproot and dismantle an established and running family system in Islamic nations.

Some of their arguments are reinforced by the fact that new-age feminism stands for women’s rights, unbounded by limitations of religion. For people in Pakistan, this translates as instigation to transgress from Islam. In official texts, the country is never referred to as Pakistan, but as the Islamic Republic of Pakistan – 96.4% of the nation identifies as Muslim.

Feminism in Pakistan has never followed a streamlined course; The All Pakistan Women’s Association (APWA) held a non-political stance with a primary inclination towards rejuvenation (or creation) of fundamental rights for women post-partition, the Women’s Action Forum (WAF) has been regarded by columnists and experts as somewhat of a politically motivated organization that based its’ principles towards law-making and Cabinet reform in the country. The Aurat March (translated as the Women’s March) is perhaps the most prominent example of new-age feminism in Pakistan.

On the 8th of March in 2018, the first demonstration for the Aurat March was held in Karachi. The event was attended by an appreciable amount and was seen as the nations’ parallel to the concurrent Me Too movement. The theme of the movement was ‘Equality.’ While there was significant opposition to the movement by some, it was chalked up to ‘modern, bored, elitists who had nothing better to do.’ The gross undermining of the event blindsided the opposition when exactly one year later, thousands of women and allies marched through the streets of Karachi, Lahore, Islamabad, Faisalabad, Hyderabad, Sukkur, Quetta, and Multan rallying for women’s rights. The theme of the movement was ‘Sisterhood and Solidarity.’

The rise of a feminist approach synced in a millennial mindset has been prevalent across social media platforms, reformations in Cabinet, and reinforcements in media representations. To say that feminism in Pakistan has gained no traction would be undermining the efforts of leaders and visionaries in the nation. However, to say that Pakistan has eliminated disparities amongst men and women in politics, economics, employment, and social aspects would be downright inaccurate.

Pakistan has a long way to go in terms of equality for both genders. Disparities exist in practically all walks of life in the nation: women are not equal as they are confined to a gender role reinforced by religious and social values. Feminism is the antonym of vulgarity, but this notion needs to be supported by non-controversial, non-confrontational, and religious foundations for a society that has either been thriving by misogyny or has internalized it.

I began this piece with a question, and I am concluding it with a statement instead of an answer: Feminists in Pakistan are battling for women’s rights, as well as single-handedly uprooting a deeply misogynistic system that has withheld the nation from achieving so much, but that has found its’ basis in religion – something that has largely remained unchallenged out of fear.

Pakistan is not a feminist nation, but we’re trying to start a conversation.

Share
Facebook
Twitter
Pinterest
WhatsApp
Previous article
RELATIONSHIP BETWEEN WATER, SANITATION, CLIMATE CHANGE, AND COVID-19
Next article
Being transgender is not a choice; it’s a learning process to love yourself for who you are….
- Advertisement -