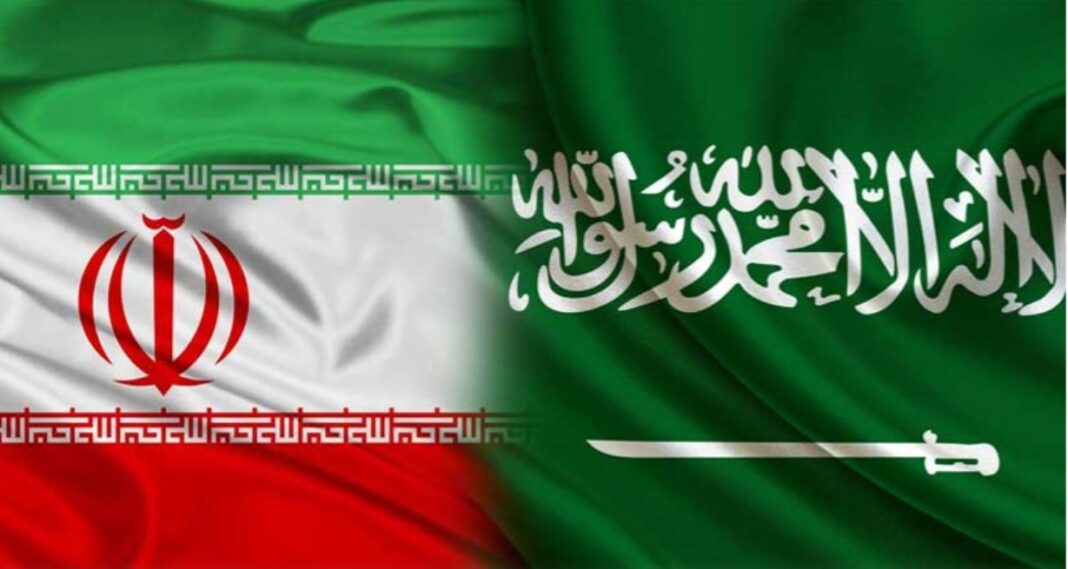 Iran and Saudi Arabia are the two brawniest states in the middle east. The rivalry between the two states is characterized by the religious construction of identities and other geopolitical concerns. Saudi Arab saw itself as the leader of the Islamic World as the custodian of the two holiest cities, but her leadership notion was contested by Khomeini’s Islamic Revolution in 1979. From that day until now, the middle east is divided into two sectarian blocs: a Shia Bloc led by Iran and another Sunni-based bloc backed by Saudi Arabs. The rivalry further increased in the last two decades. After the US invasion of Iraq, a major adversary of Iran was not there either, so the status quo got affected in the favor of Iran because they established a Shia government in Iraq, which was also concerning Saudi Arabs. Later, Arab Spring added fuel to the fire where both the countries exploited the crisis for their increased influence and backed the opposite militias and states, respectively.

KSA was already dominating the politics of the middle east till 1979 that it was backed and supported by the US because of oil politics and dollar, but the US was and is supporting and backing KSA. Suddenly, Iran emerged as a revisionist state for holding hegemony and influence in the middle east against Saudi Arabs. Moreover, the alliance factor is very interesting here: Iran was backed by Russia against KSA backed by the USA. Recently, we can also see that China is showing attention in the region as China invested $400 million under the “Iran China 25 Years deal Agreement”. And even Russia became the part of BRI, and now Russia is selling secret weapons to Iran, so the alliance factor makes the Iran KSA rivalry very interesting as the Power Transition Theory depicts the revisionist notion of Iran against the status quo (KSA).

According to realism, states are obsessed with security and focus on national interests of the states characterized with security. If we look at Iran and Saudi Arabia from this same lens, we can understand the application of natural phenomena as Iran is continuously trying for its nuclear program because it anticipated nuclear security as an ultimate deterrent. Recently firstly on January 3rd, 2020, Qassim Sulemani, the major Iranian General, was killed by the US at the Baghdad International Airport, and subsequently, Mohsen Fakhrizadeh, the senior head of Iranian Nuclear program, was shot dead and assassinated with the help of artificial intelligence in November 2020. So, we can see how much Iran is obsessed with security and how much other regional and global powers don’t want Iran to have nuclear weapons. Similarly, now the KSA is also trying with the USA to have nuclear weapons. Talking about proxies, how both countries are involved, including Houthis in Yemen, Hezbollah in Lebanon, and even Assad’s regime in Syria- everywhere the proxy war is linked to KSA and Iran.

The constructivist perspective is very interesting in the whole MENA region and specifically Iran and KSA as both the states had constructed identities like the religious one as Iran has constructed a Shia identity as a state and provided meanings to its politics, so does KSA by offering Wahabi identity at the state level and legitimizing the actions to a larger audience. Likewise, Iran and Shia identity have also constructed an identity as the champions of oppressors in the Muslim World. But nowadays, if we look at the recent interview of MBS on April 28th, 2021, he said that KSA is looking for prosperity in the region and seeks good relations with Iran, which seems that now they are reconstructing their identities from enemies to friends and changing the culture of Anarchy from conflictual to friendly.

Power Politics plays an important role within the MENA region; each regional power and world western powers have their influence in exploiting the region. Western Powers specifically USA had their interests in the region. That’s why they get entangled here via proxies. They always back and support their most allied ally in the region, like Saudi Arab. Meanwhile, non-secular and sectarian identities are eminent in the regional actors, whether national or transnational ones- very prominent in Iran-Saudi Rivalry. Lastly, to summarize, the whole conflict is just created by the western powers to spread their neo-colonization kind of trend to preserve their empires- so-called Liberal and Evil ones.