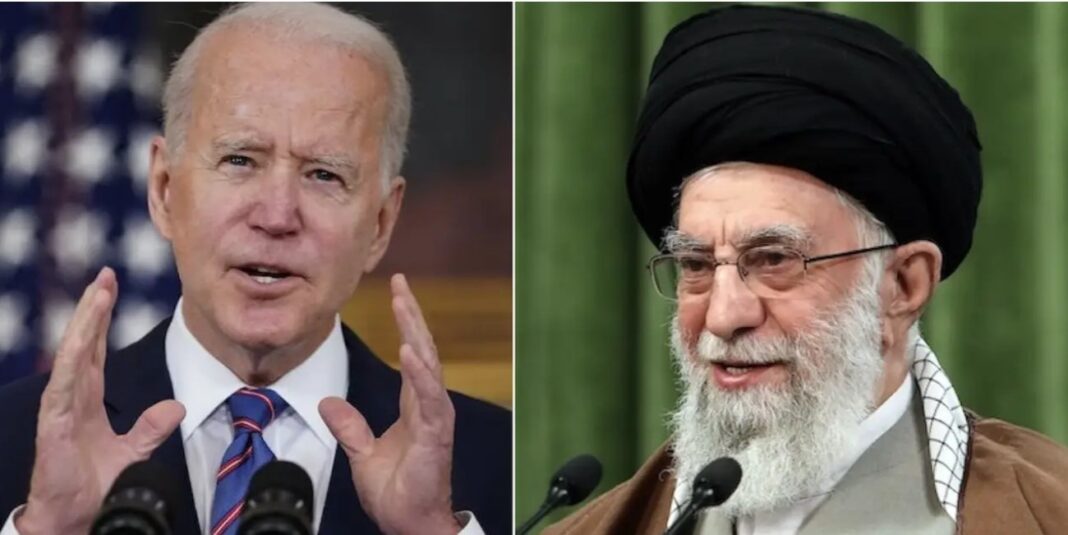 Middle Eastern region is the most conflicted yet geo-strategically and geo-politically the most important region in the world. Any inter or Intra State conflict in the region has not only the potential to destabilize the peace of the region but have negative repercussions at the global level as well. As much as the region is affected by its most turbulent issue; the Palestine-Israel conflict, many other pressing issues have the potential to derail the leftover peace in the region. The rising onslaught of Iran on the behest of its Proxy policies and its fierce opposition from regional players like Saudi Arabia, Israel and foreign actors like the US have raised stakes for a peaceful co-existence among these rivals in the region. Iran’s growing inaptitude to increase its political and military supremacy in the region through its proxy policies and the nuclear program has alarmed its ideological and geopolitical rivals. In the same way, Iran’s growing power has the US on its feet as well. A nuclear Iran in the Middle Eastern region is not only potentially dangerous for US oil allies like Saudi Arabia, UAE but can also have severe implications for US protectorate Israel as well.

Iran’s quest for nuclear weapons dates back to the 1950s when the US itself assisted Iran in having a civil nuclear plant through its Atoms for Peace initiative. The 1979 Revolution did halt the Iranian nuclear program for a while but the regional settings and structural compulsions have forced Iran to go nuclear against its strategic cum geopolitical rivals. However, the US has always suspected Iran of using its civilian nuclear program to build nuclear grade weapons and this has led to the imposition of economic and nuclear-related sanctions on Iran by the International community specifically the US to curb Iranian nuclear proliferation. While the continuous sanctions have crippled Iran’s economy on one hand cutting short almost half of its oil exports, it has also compelled International actors to hold talks with Iran over this nuclear dispute and put halt to a new proliferation in this region.

Keeping in view all these factors, P5+1 powers (Us, UK, France, China, Russia, Germany) concluded a historical agreement with Iran in July 2015 known as the Joint Comprehensive Plan of Action (JCPOA) or commonly called as Iran Nuclear Deal. According to this agreement, economic sanctions on Iran will be minimized as long as it complies with the provisions of IAEA regarding its nuclear program. JCPOA is nothing short of a milestone achievement in this ferocious dispute and it too has had strong opposition at times. A lot of scholarly work has been done so far to explore the historical and strategic factors which concluded this deal and the implications it carried for all its participants especially the US and Iran. The United States withdrawal from the JCPOA has multi-dimensional impacts at various levels. Not only has this undermined the United States supremacy in the region but it has also provided room for Iran to carry out its nuclear ambitions without any moral burden. Iranian Nuclear Deal remains one of the key foreign policy questions for the Biden administration. The peace and stability of the Middle East depend upon the choices and actions of this administration. Returning to the deal might be more complicated than it looks. The United States has repeatedly persisted that Iran should immediately halt its nuclear activities if it wants to melt the ice and ease in sanctions while Iran isn’t ready to trust the Americans once again and demands the prior removal of sanctions to restart the process of negotiations. The new Biden administration has also hinted at its return to the Iran nuclear deal. However, that too is conditioned with other factors such as a review of Iran’s ballistic missiles program and its regional policies.

JCPOA, being an international agreement also involves key European states who have shown active interest since the negotiations begin in the first place. European powers’ stakes in the deal correlate with both the United States and Iran. While the United States has been a key European partner in many ways, Europe’s relations with Iran are mainly economic. The Middle Eastern region and its natural resources are one of the key reasons why JCPOA is equally vital for the Europeans. With the new administration in the United States and its intention to revive the deal, it would also be beneficial for the European powers to weigh in and play their better part in the revival of the deal.

It would not be an overstatement to say that Iran has gained more from the United States withdrawal from the deal than it has lost. The absence of the United States has not only given leverage to the Iranian stance in this whole saga but Iran has also managed to work it for its advantage. Iran’s growing non-compliance with the components of the deal, its notorious expansion on the bank of its proxy policies and an increased Iranian role in the Middle Eastern region are, in a way, the outcome of this development. It is general presumption that the new President of Iran, Ebrahim Raisi, belongs to the hard-liners who have been immanent critics of this deal since its inception. In any case, it is yet another challenge for the Biden administration to deal with the new leadership and their perception of the deal.

Given the new administration’s priorities, with the pandemic raging all across the world and its severe hit to the United States economy, the Iranian nuclear deal may not be at the top of the agenda list for this administration. This provides Iran with an opportunity to escalate its nuclear activities and increase its nuclear stockpile. While it is not the first choice of the current US administration to make a sudden return to the deal on Iranian terms, delaying this matter may worsen the situation for the future. Therefore, United States should take the first steps to show their commitment to the deal, giving Iran a certain hope and creating a conducive environment in which this process can move ahead without any enmity and grudge from either side. Some of the Biden administration elements have pointed out that while this administration is seriously looking at different prospects for re-joining the Iran deal, it will also look forward to extending and enhancing the deal in its follow-up. This means that there will also be a focus on Iran’s missile program and Iran’s regional activities. The United States has also intended that for better inquisitions, regional players will also be included in the follow-up negotiations. Iran has never shown any positive intent in this regard as there exists a lot of trust deficit among the regional states especially the Arabs and Iran. Moreover, Iran has also rejected to extend the sunset clauses of the deal, and as far as its missile program is concerned, Iran has termed it as its alienable right to enhance its defense capabilities, and it will not accept any limitations as long as its regional rivals acquire defense equipment, especially from the United States. In light of all these findings, the Biden administration must deal simultaneously with all of these issues. The past experiences have shown that coercion and maximum pressure have resulted otherwise. Therefore, the future also depends on a diplomatic engagement that would involve both sides respectively.

It is imminent that the Biden administration brings all the working options to the table while dealing with the Iranian nuclear issue. While the withdrawal from JCPOA caused a certain dent to the United States hegemonic posture in global affairs, it cannot afford yet another policy miscarriage by backing out of the Abraham Accords or the arms deals that Trump signed with the Arabs re-join the JCPOA. Moving on, the United States should actively engage with Iran and other negotiating partners of the deal. The Biden administration’s decision to review the arms sales to its Arab allies can be a welcoming sign for re-engaging Iran in negotiations. Furthermore, the United States needs to take preliminary steps and ease the unilateral sanctions on Iran, which will improve Iran’s economy and trade. Such positive incentives will go a long way in gaining Iran’s trust and compliance. It should also be particularly important for the Biden administration to initiate a multilateral deal with Iran which also covers its ballistic missile programs and its regional activities. Although Iran has repeatedly refused to discuss these matters and declared them non-negotiable, securing a multilateral deal not only to limit Iran’s nuclear ambitions its regional designs as well will not only enhance the security of the region but will also be a great diplomatic success for the Biden administration in the heap of all pressing challenges.