WRITE FOR US
HomeEconomy
Economy

A Tale of mini budget; a way forward 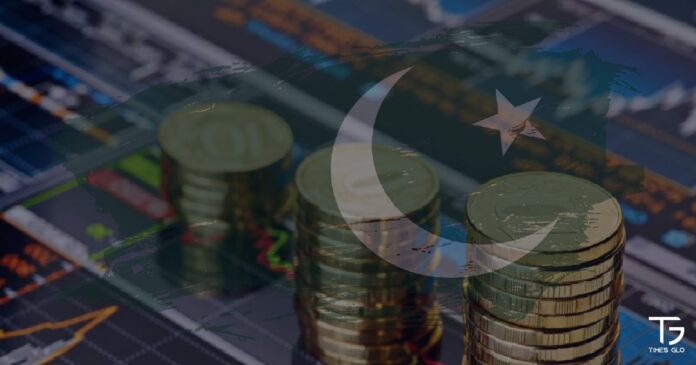 Year on Year (YoY) inflation rose in the post-pandemic months, with the largest contributors being direct and indirect unprecedented rises in international commodity prices and exchange rate movements after the pandemic’s recovery. Increased prices for electricity, gas, fuel, house rent, transportation, and non-perishable food items were poured into the domestic economy as a result of global inflation. Whereas the tax situation within the country remained challenging.

According to the Monthly Economic Update & Outlook, domestic taxes increased by 35% in December 2021 to Rs 1931.3 billion during July-November FY2021, compared to RS 1431.3 billion the previous year’s economic update December 2020. Direct tax collection increased by 31% while sales tax collection raised by 40.7 percent in total domestic taxes. This is a snapshot of the country’s economic situation in the months following the pandemic.

The country’s economic vulnerabilities are growing at an alarming rate, and the resurgence of the pandemic due to the latest variant Omicron is increasing global economic uncertainty significantly. As a result, several countries, including Pakistan, are experiencing current inflation that is significantly higher than their monetary policy targets.

In a recent interview with an Urdu magazine, S. Akbar Zaidi illustrated recent price hikes and increasing taxes as “not an IMF condition, but a link to its strict terms.” This so-called “mini-budget” has added fuel to the fire. The new finance bill raises the GST rate on 42 items from 1-10% to 17%, attempting to raise an additional Rs30 billion. The finance bill also repeals tax exemptions for 11 items, including bakery goods and sweetmeats. The government, on the other hand, claims that it will use targeted subsidies to lessen the impact of the price increase on the public.

Budget preparation necessitates the use of a very specific format that is followed globally. Budget formats are important in public budgeting because they “create the standards by which success is measured (rules of evidence)” and “establish the rules by which the budgeting game is played (decision rules).” When it comes to budgeting, the general public in Pakistan has historically been unlucky. This recent mini budget is likely to favor tax collection over government spending.

The book ‘Austerity: When It Works and When It Doesn’t’ backs up the government’s budget policy decisions as follows. In times of economic boom, less spending and more tax collection are implemented, whereas, in times of recession, the opposite occurs. The government usually runs budget deficits (when its revenue is less than its spending), which Milton Friedman considers preferable to a surplus. He concludes, “When governments are in a budget deficit situation, they try to get out of it or reduce the gap between spending and revenue.” As a result, they are constantly alert for potential disasters.

Concerning Pakistan’s situation, the government has turned a blind eye to the country’s already failing economy. The government overlooks the fact that when it rains, it pours. This heavy tax burden imposed through the mini budget will further harm the economy. It is worth noting that the elite and party politicians live their luxurious lives on the money of the poor while paying less in taxes because of the regressive tax system, which reduces the number of elites in the tax bracket, resulting in a tax burden on the general public in the form of sales tax.

The Impact of Climate Change on National Security of Pakistan

It is ironic that, despite chanting slogans in support of pro-poor and pro-business policies, the incumbent government has consistently lagged in terms of good governance. A one-billion-dollar bailout package from the IMF, out of a total of $6 billion, has ramped up the country’s vulnerability to the IMF’s ostensibly supportive policies. This is a malicious attack on our already fragile economy (evident from the recent blow of the mini budget). Throughout history, during times of financial crisis in any country, it has always been clear that the consensus of these donor institutes has always paved the way for the destruction of any democratic regime while exacerbating the poor’s hardships.

The question posed by my understanding of economics as a researcher is why the present government bowed in front of a donor for such a small amount that can easily be drawn out of her domestic economy with the same policies that donors impose but with less severity? Bread, Naan, buns, other bakery products, and medicines have been included in the mini budget list of additional taxes, indicating that this is not the Prime Minister’s Riyasat-e-Madina. These details must be removed from the tax and price hike sheets so that the poor can sleep peacefully the next night.

Following the recent rise in global inflation. Governments typically implement a tighter monetary policy when aggregate demand falls, and interest rates go up to reduce the severity of inflation. In the case of Pakistan, however, the integration of tightened monetary and fiscal policies increases rather than decreases the uncertainty and severity of inflation. Governments should enact austerity policies only when the cost is the least. One might presume that this is true when the economy is expanding rather than contracting.

With the rupee depreciating and high-interest payments on international loans, the economy is steadily sinking into a chasm that will take generations to recover. Keeping in mind the dilemma of acquiring a trench for such a paltry amount of $1 billion while sacrificing national sovereignty, I would suggest the three following propositions.

To begin, Firstly, it is proposed that the government maintain its position, democracy, and the country’s long-term economic viability solely through local policies. These policies would not be onerous, and they would provide the government with better ways to collect taxes and run its operations.

Second, it is suggested that a clear policy regarding borrowing from outside the country be established. A bill must be proposed and approved by the country’s two respected houses, the Senate and the Parliament. According to the bill, a certain amount threshold will be set for borrowing from donor institutes and other countries, and any amount less than this threshold must be generated from within the country using various fiscal and monetary tools.

Small and Medium Enterprises: Their Importance and Role in Developing World

Why do we vote for our representatives if policymaking for the poor in any part of the world is done by the IMF from high-rise buildings in Washington, D.C.?

Considering the country’s dire situation, my third and most important suggestion is that all Muslim countries focus on establishing a single donor institute or bank. This bank should be able to help meet the urgent need for low-interest loans, allowing the economies of the Muslim world and other poor countries to recover and thrive.

One billion dollars is a trivial amount that can be lent even by commercial banks. However, the question of why the donor institutes for only $1 billion remains unanswered.