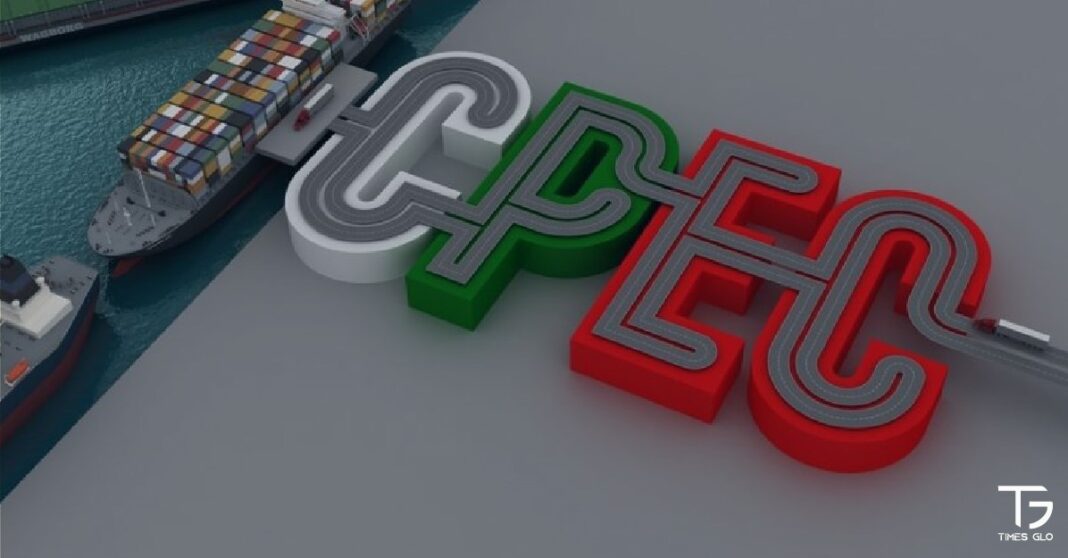 China-Pakistan Economic Corridor (CPEC)—the latest enterprise in the history of bilateral economic cooperation, has invested $ 46 billion in energy and infrastructure development in Pakistan and is seen as a game changer in the Pakistani economy. The corridor will connect a 2,000-kilometer transport link between Kashgar in northwestern China and Pakistan’s Gwadar port on the Arabian Sea near the border with Iran via roads, railways, and pipelines. Currently, the first phase of CPEC has been completed, and now the second phase has begun. The CPEC could play a key role in the future direction of the Pakistani economy.

CPEC is at the heart of the one belt, one road initiative. The Belt and Road Initiative (BRI), formerly known as One Belt, One Road, is a global development strategy adopted by the Chinese government in 2013 that includes infrastructure development and investment in nearly 70 countries. CPEC is a part of the BRI  that includes Pakistan and China in building the economic corridor. The corridor will connect Kashgar in northwestern China with Pakistan’s Gwadar port in the Arabian Sea near the border with Iran via roads, railways, and pipelines. It will improve the economy and trade, improve regional connectivity, overcome electricity problems, improve infrastructure, and establish people-to-people connections in both countries.

Challenges in the development of CPEC

Pakistan faces a number of challenges in implementing the  China-Pakistan Economic Corridor (CPEC) project. These challenges can be seen as external or internal. Some of the key

As if this were not enough to keep Balochistan tense, controversy over China-Pakistan Economic Corridor Project (CPEC) has added more fuel to the blaze.

China has expressed grave concern over the issue of tax,  electricity tariffs, and electricity prices with Pakistan and the process of implementing the China Pakistan Economic Corridor  (CPEC) energy project in Pakistan.

As a leading BRI program, CPEC security is of paramount importance to both China and Pakistan. Providing and ensuring the safety of Chinese workers and project sites is an important challenge for Pakistan.

India is wary of growing relations between Pakistan and China and views CPEC as a threat. CPEC faces a major challenge from its rivals. One of the challenges for CPEC is the growth of relations between India and Iran, which see CPEC as their competition. In this regard, India has assisted Iran to develop the Chabahar port and established a railway line through Afghanistan, providing port services to Central Asia and  Afghanistan for the transportation of its goods.

The China-Pakistan Economic Corridor will help build a strong and stable economy in Pakistan and will provide a great opportunity for Pakistan to revitalize its industry and develop its economic interests.

Peace and prosperity in the provinces: –

CPEC is not just a road name, port, and railway system but a  massive multi-billion dollar project that will bring peace and prosperity to all the provinces of Pakistan.

Infrastructure development, including the development of roads,  ports, and highways, is another important part of CPEC. The project will basically improve Pakistan’s infrastructure connectivity with all regions of Asia and between Europe Asia  and Africa step-by-step and will remove all investment and trade barriers to build a strong business environment in the region and all related countries.

• The China-Pakistan Economic Corridor program will help  Pakistan become one of the most important countries in the region. Pakistan has played a major role in South Asia.

After the completion of China Pakistan Economic Corridor economic, the geostrategic environment will improve in Pakistan. It will help  Pakistan in tackling the problems of poverty, unemployment,  and inequality in underdeveloped provinces.

• China and Pakistan have developed strong trade and economic relations and cooperation over the years. China has gradually emerged as Pakistan’s main trading partner, both in terms of exports and imports. The corridor will also assist in creating regional stability in South Asia. After the completion of the corridor, it will serve as the main gateway for trade between  China and Africa, and the Middle East.

Following the completion of the CPEC, Pakistan could become a  regional trade hub after Gwadar Port becomes a fully operational and tax-free economic zone. Many Central Asian provinces have also expressed interest in becoming part of the corridor. This strategic partnership between Pakistan and China has angered  India which has openly expressed its opposition.

• The CPEC of all aspects will prove that it has changed and will make China a real stakeholder in Pakistan’s stability and security. It is a win-win situation for both. China’s investment will boost Pakistan’s GDP. Corresponding progress and prosperity in Pakistan and China’s support will help Pakistan remove the ten-year-old label ‘ epicenter of terrorism, ‘the most dangerous country, and the ‘failing state’. China’s economic and military assistance will go a long way in helping Pakistan to reduce the ever-growing gap in economic and military nuclear fields with India and in improving its defense capabilities.

• Corridor (CPEC) will benefit all the provinces of Pakistan. The CPEC is not limited to just a road, but it will connect the country with some motorways and infrastructure projects. Infrastructure projects include Gwadar port, phase 2 development project  Karakoram Highway, motorway project between Karachi and  Lahore, Thakot Havelian motorway, Gwadar port expressway,  Gwadar international airport, and Karachi-Sukkur motorway.

• The CPEC project will also provide an opportunity for Pakistan to normalize relations with India, Iran, and Afghanistan that will maintain equality, strengthen prospects for peace and improve the socio-economic status of the region. CPEC is a game changer that will lift millions of Pakistanis out of poverty and misery.