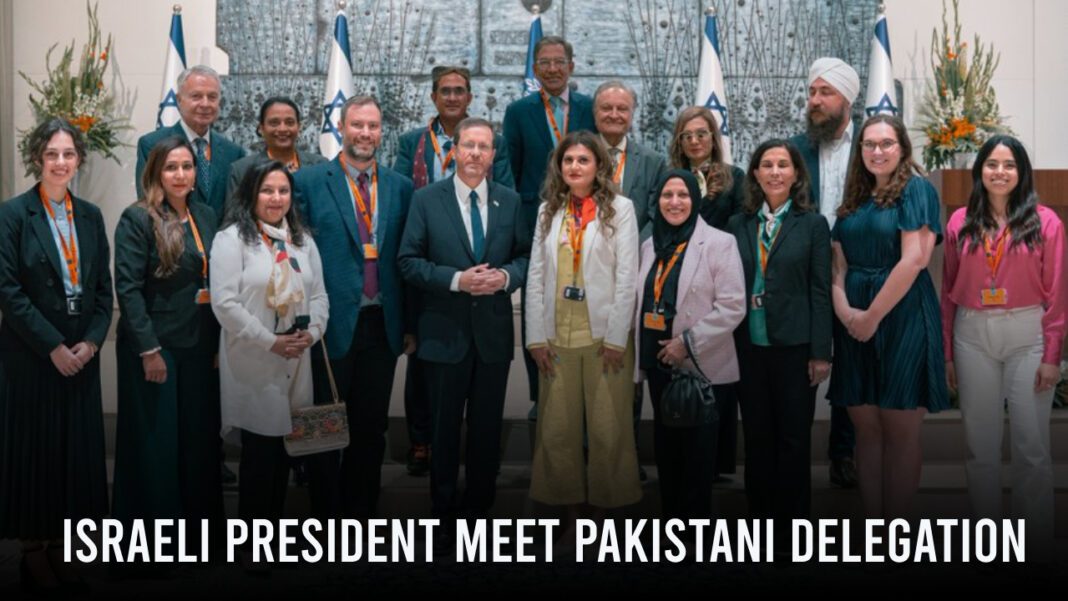 Anila Ahmed, a Pakistani-American, shared a photograph on Twitter. In the photograph she was presenting a book to the president of Israel. This book was written by her father Qutbuddin Ahmed on Tehreek-e-Pakistan and Quaid-e-Azam. Anila Ahmed is a politician, author and teacher.

Her tweet shows that she was the delegate of Pakistan that met with the president of Israel. Although it is not clear that she was part of the Pakistani delegation.

At the World Economic Forum (WEF) 2022,  Israeli President, Isaac Herzog said that he recently received Pakistani-Americans delegate and it is an “amazing experience”. Further,  Israeli President, Isaac Herzog said, the Abraham Accords is a deal brokered by the United States in 2020 through this Accords Israel normalize her relations with the United Arab Emirates (UAE) and Bahrain.

President of Israel, Isaac Herzog said that he had received two delegations which showed “the great change”. However, president of Israel, Isaac Herzog did not mention Pakistanis delegate details he met, Sharaka an Israeli non-government organisation (NGO). Sharaka has organized Pakistan-American delegation visit to “promote peace in the Middle East”.

For lasting peace there is need to two-state solution in accordance with relevant United Nations and Organization of Islamic cooperation resolutions.

Minister of Planning, Development and Special Initiative Ahsan Iqbal said that no official or semi-official Pakistani delegation had conducted meetings. Further, he said the policy of the government was “clear” and it didn’t recognize the state of Israel.

“All our sympathies are with our Palestinian brothers and sisters”. Planning Minister, Ahsan Iqbal added.

Pakistan has refused to accept Israel as a sovereign state. Israeli President Isaac Herzog said the World Economic Forum 2022 that he met two delegations. One is from Moroccans and second from Pakistan-Americans. Further President of Israel said last week showed  great change for him.