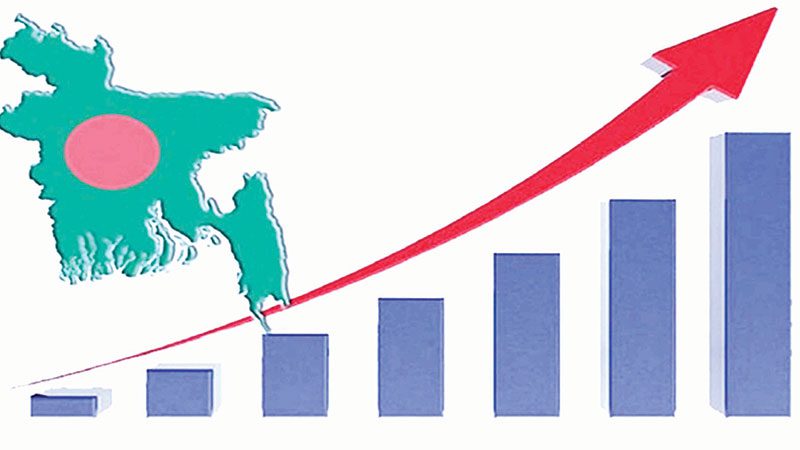 According to the World Bank report, Bangladesh’s Economy is the fastest growing economy. Apart from this, Bangladesh’s poverty has reduced from 43.5% to 14.3% in two decades.

Furthermore, there is a need to improve the rule of law, electoral democracy, and human rights situation. Without these, economic development is meaningless.

In the last seven years, Bangladesh’s garment industry has increased its annual revenue from $19 billion to $34 billion. According to the International Finance Corporation (IFC), almost 79% of revenue rose.

Bangladesh’s economy is one of the fastest growing economies in the world. It has stable macroeconomic conditions and has recovered its economy during the COVID-19 pandemic situation. Bangladesh’s GDP growth was 6.9 percent in FY21. Bangladesh has shown remarkable economic transformation.

The World Bank says that today’s low-income countries can learn important lessons from Bangladesh. In 2019, Bangladesh had 4,6000 factories that produced garments and exports amounted to about $33 billion. Bangladesh’s economy will grow by about $516.24 billion in the fiscal 2024–25.

In the South Asian region, Bangladesh has been the second-largest economy since 2019. It will maintain this position till 2025. In addition to this, in 2021 Bangladesh’s GDP will be US$2,138.794 and that is higher than India, according to the International Monetary Fund.

Bangladesh is a rising star among South Asian economies. In 2019, Bangladesh per capita income was $ 1,856- substantially higher than Pakistan’s $1,285. Further, it is only $250 less than India.

Bangladesh’s GDP is about $411 billion compared to Pakistan’s GDP it is about $347 billion. It has the 33rd largest economy in the world. Further, experts said that the size of economy could double by 2030.

Furthermore, in Pakistan and Bangladesh elites’ society enjoyed all benefits and privileges.

Bangladesh imported goods and its worth about $61.52 billion (€58.48billion) in 2021-2022 fiscal year. Many in Bangladesh have fear that their country could face a similar situation like Sri Lanka due to trade deficit is rising and foreign debt burden. Bangladesh  imports are set that is about $85billion in this year, however its exports will not be more than $50 billion.