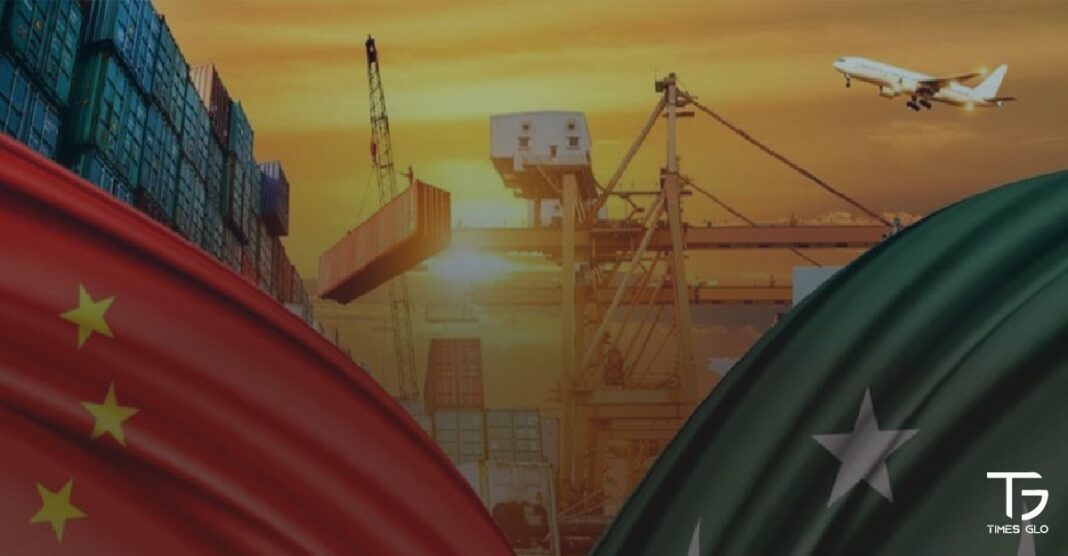 The ancient Silk Road played a crucial role in promoting trade between China and the South Asian region. Therefore, it is justifiably believed that China-Pakistan Economic Corridor (CPEC) is the resurrection of the old Silk Road. The Pakistani government faces numerous external and internal hurdles in implementing this multibillion-dollar project. However, it is a game-changing project that will reshape Pakistan’s destiny and assist the country in modernizing.

The CPEC is believed to modernize Pakistan’s infrastructure and strengthen its economy by constructing a wide range of transportation networks, energy projects, and Special Economic Zone (SEZs). Furthermore, the CPEC will use roadways, railways, and pipelines to interconnect China’s southern Xinjiang state to Gwadar port, establishing the quickest land route for Pak-Chinese exports imports to reach the global market. The CPEC is significant because it will connect to the old Chinese plan for the Silk Route Economic Belt (SREB), which would connect China and Europe via Central Asia. As a result of the serious efforts and long-term focus on the project by both China’s and Pakistan’s leadership, the CPEC has the potential to strengthen the two countries’ strong connections in the future.

According to the former Minister of Planning and Reform, Ahsan Iqbal, the CPEC is not a single route or alignment; it is a major boon for joint activities and projects. He emphasized that the “CPEC  retains regional connectivity, information network infrastructure, power generation cooperation, business, and industrial zones, agricultural production and alleviating poverty,  economic collaboration and livelihood development, including municipal infrastructure, youth development, health policy, and people-to-people contact that will produce thousands of new projects and millions of jobs in Pakistan. According to Ahmad Rashid Malik, the CPEC is a ‘Corridor of Success’ and a Giant Business System for Pakistan.

Regarding the several initiatives under the CPEC umbrella, the Chinese government and banks would fund Chinese companies to establish energy and infrastructure developments in Pakistan worth $45.6 billion. Former Prime Minister Nawaz Sharif struck a contract with Chinese businesses in 2015 during a visit to Beijing, allowing them to administer the projects as profit-making units. The agreement also ensured that ties between China and Pakistan would be strengthened when Pakistan was concerned about losing US support due to the withdrawal of US soldiers from Afghanistan.

China has committed US$11.8 billion in infrastructure projects, including US$622 million for the Gwadar port and upgrades to Pakistan’s major transportation infrastructure, including the Karakorum Highway, Karachi-Lahore Motorway, East Bay Expressway Project, and Gwadar International Airport. If properly implemented, this massive investment plan has the potential to convert Pakistan into a regional commerce and industry center. In December 2013, China provided US$6.5 billion for the construction of a massive nuclear power facility in Karachi. Another agreement, worth US$1.27 billion, was signed in May 2014 for the construction of the Orange Line metro train in Lahore. In November 2014, the two countries also signed nineteen agreements related to the CPEC and its various projects. On April 20, 2015, China and Pakistan signed an agreement to begin construction on the CPEC, a US$46 billion project that will connect Gwadar with the Chinese city of Kashgar via the Khunjerab Pass. The project also includes several oil and gas pipelines and a road and rail network.

The CPEC’s key components prioritize energy development to generate electricity for commercial projects. Both countries have developed solar, wind, thermal, and water generation projects with a total capacity of 16,520 megawatts.

The second important component of the CPEC is roads and railways networks. Around US$8,172 million in railway projects were estimated for the rehabilitation and up-gradation of Karachi, Lahore, and Peshawar.

The third key component of the CPEC is the expansion and development of the Gwadar port, which has already been handed over to China on a 40 years lease.

The fourth important component of the CPEC is the establishment of SEZs, which will offer a platform for the Chinese enterprises to transfer some industries to Pakistan, increasing the number of exports to Europe and other countries.

The likely completion period of the project is 15 years, and it has four phases. The first phase of the project was completed in December 2017, which is about the “Early Harvest” scheme. This phase focuses on energy and infrastructure-related issues. The second phase of the CPEC project is to be finalized by 2020, focusing on building the cross-border optical fibre cable system between the two countries. The third phase ─ 2025, is to upgrade the railway system of Pakistan. The fourth phase is planned to complete a rail link to Khunjerab Pass by 2030.

Under the CPEC, several energy and infrastructure projects will create major economic activity in Pakistan, which will help overcome the energy crisis in Pakistan by increasing its capacity to produce energy to accomplish electricity needs. The GOP plans to establish SEZs throughout the country which would be the basic feature of the project. Development of the port and an airport at Gwadar and the construction of eastern, western, and central routes will tie all the provinces and regions in the country. Furthermore, China’s investment in the CPEC would alter the image of Pakistan as a haven for terrorism and will help invite the FDI. Pakistan requires to address all the political apprehensions concerning the CPEC, create stability, and maintain a law and order situation to avail of the opportunities from this project.

The CPEC faces a great challenge from its competitors. India is wary of the growing Pakistan-China ties, and it views the CPEC as a threat. In September 2015, the Indian Prime Minister, Narendra Modi, visited Beijing and registered a protest against the CPEC.

As far as domestic challenges are concerned, the CPEC was criticized on political grounds, blaming that it is a Punjab-dominated project. The criticism creates certain conflicting and opposing views about the project in Pakistan, particularly on the route direction from Kashgar to Gwadar. There are three routes, western, central, and eastern, which will link the whole of Pakistan with western China.

Pakistan must ensure the security of all the employees working on the CPEC and make efforts to quell the political disagreements that put the CPEC at risk. Without these steps, Pakistan would not be able to reap economic and social benefits from the object. In short, the CPEC is not just an economic project; it has political and strategic dimensions for both Pakistan and China. The operation of the CPEC will prove to be transformative not only for the two countries but also for the adjoining regions of East Asia, Central Asia, South Asia, West Asia, the Gulf, and Africa.