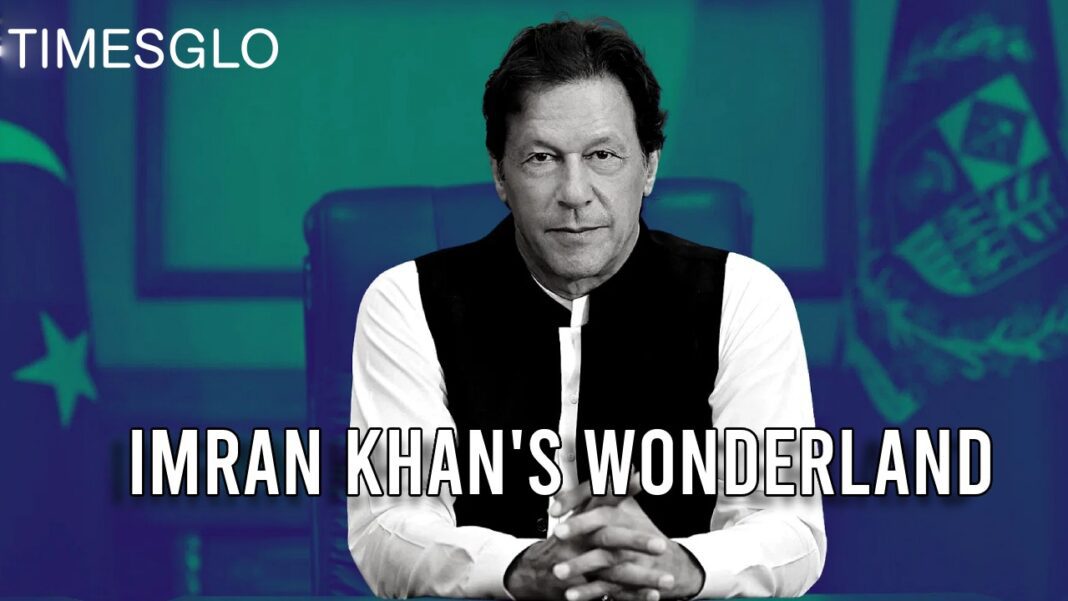 The last hope, Honest, man of integrity and awarded with many other honorary words. I would not call Imran Khan a real politician; rather, he is a social media politician. He has the power to make trends on social media. Do these trends have any impact on actual performance?

What should be the metric for measuring the performance? Obviously, it is relative in different fields. Imran khan in politics is just like the player who is rejected because of his performance but is a social media celebrity.

Now, what will the rejected player do? He shows his strength where he can. That is what Imran Khan is doing after being ousted from the office on social media.

What was the promise? to make Pakistan a welfare state like that of Madina. Let’s just look at this single claim. How far has Mr. Khan achieved?

The very fundamental question which arises here is how our honorable Prophet (SWS) and his companions created Riasat-e-Madina. Imran Khan has been insisting that once he comes to power, he can solely turn Pakistan into a welfare state. We have even gotten worse.

I am not one to question the intentions of Imran Khan, but I can comment on his approach. He is of the view that, with him being at the top of the power pyramid, the welfare state will automatically come into existence.

This is not how it works. The Prophet (SWS) didn’t announce that Riasat-e-Madina was formed when he came to Madina. He worked with individuals’ character and moral development.

Moreover, another important promise Mr. Khan made was that he would hold all of the opposition accountable for their corrupt practices. What is the result? We have not heard of any opposition member being proved guilty.

Imran Khan himself claims that the cases against the opposition leaders are of their own time. What has Imran Khan done? Now he is claiming that a foreign country has staged his exit. They even warned him with a letter.

What is Imran Khan Trying to Sell?

Is it Hollywood? Are we in a Netflix Classic? How easily Imran Khan is fooling people to believe. This is the 21st century, and which country gives written records to the other country of destabilizing it? just because he visited Russia and stayed there for a day or so in a luxury hotel.

Is Imran Khan trying to sell that his mere visit was loathsome to the US? Actually, America is currently more concerned about India. India is undermining the effort to isolate Russia. They are buying oil from Russia, which gives Russia an economic lifeline in such harsh situations.

The Russian Foreign minister, Sergey Lavrov, visited India during the war and found no “no-confidence” seen anywhere against Modi. This is how international threats are made. The US is a superpower and they take responsibility for its actions.

They sanctioned Iran, and Iraq abandoned Afghanistan and stood on its feet. Either right or wrong is a separate debate. In the case of Imran Khan’s government, they categorically denied any claims or attempts to change the regime in Pakistan.

The most admired “absolutely not” was the answer to an “if question”. The US never demanded air bases in Pakistan after they left Afghanistan.

If the conspiracy was to oust Imran Khan and end his rule, then why did he dissolve the assemblies? Why does he run from the pitch? The reason is that Imran Khan doesn’t seem to have the courage to face defeat.

People who are well off are the main supporters of Imran because he looks like them: well-fed, happy, with no tension of money, sending kids to school and buying fuel for their vehicles. Imran Khan never wrote to the opposition leader to consult on important appointments, but when the assemblies were dissolved, he wrote to consult on the caretaker setup.

Imran Khan tried to sabotage the system but failed. He used to say at the time that if this many people had demanded to resign, I wouldn’t have wasted another minute. But he didn’t act the way he suggested to others.

When you run your whole campaign on promises and do not act upon them when you come to power, is that what Imran Khan meant by integrity? from not going to the IMF to begging for a bailout? Is this integrity? From decreasing corruption to ultimately increasing corruption.

Is this integrity? From putting the convicted in jail to sending them out. Is this integrity? And don’t be mistaken; this all happened in the regime of the person who claimed to be a man of parts, integrity, honesty, and loyalty. The last blow to the constitution, look what he did. This all happened in the real world of Pakistan. The promises of Mr. Imran Khan were fulfilled in letter & spirit in some wonderland.