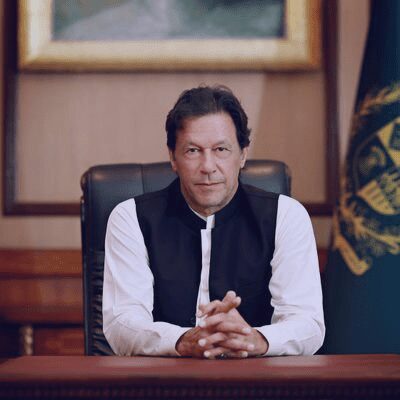 The inception of democratic institutions in Pakistan has stressed on realist and pragmatic foreign policy approaches. Foreign policy is one such instrument which establish states primary interests in the international system. The foreign affairs department of Pakistan assume a significant contribution in foreign policymaking.

The troika of PM, FM AND COAS are supreme incharge of foreign policy designation.  Emergence of democratic state of Pakistan laid down Islamic principles in constitution, institutions, and foreign policy. Pakistan’s foreign policy is flexible. It alters mode of command with respect to current trajectory.

The incumbent democratic government formulates policy objectives with respect to current global political system. Imran khan’s foreign policy is directed toward uplifting shattered institutions, their performance and mechanism. The foreign policy objectives of Imran khan focusing on the utilization of remittances to counter circular debts. The huge proportion of nationals is young generation that can be used in skilled work.

The geographical position of Pakistan determines its trade ties central Asians states and particularly China. It also plays a non-negligible role in international politics one such example is acting as mediator in Afghan war.

The Pakistan’s foreign policy with respect to its neighbors is pragmatic. The practicality in relationship with SAARC emerges from long lasting experience of friend and foe. India has been bitter enemy, key threat to sovereignty of Pakistan.

The cold bilateral diplomatic ties have often led to troubled trenches, trade closure, boycotting pacts, and least cooperation. The incumbent government of PM Imran khan has announced the policy of moving out of past experiences. Khan government has inaugurated Kartarpura corridor, establishing border bazaar on Durand line with Afghanistan. The major political parties of Pakistan in elections of 2018 were PTI, PMLN and PPP respectively. Although there were accusation of

Pakistan’s foreign policy toward China is impeccable often quoted as higher than Himalayas and sweeter than honey. One can see Pakistan’s vigorous support to republic during foreign occupation. Chinese independence has generated long term strategic, bilateral ties on regional and international ground.

The republic act as veto power in UN resolution on Kashmir dispute. The current government of Imran khan taken pragmatic approach in settlement of Kashmir issue on diplomatic forums. The foreign policy of Pakistan is determined by its sovereignty or national security.

Pakistan as an independent state has always appreciated autonomy of other states and expects same in return. The concept of riyasat e madina that PM khan has borrowed from Arab to constitute an ideal, just and brotherly Islamic state.

PM khan has vision for peace and stability in tense region across middle east. The war-torn countries like Afghanistan, Iraq, Syria, Yemen and Palestine need continuous humanitarian assistance. The conflict between Yemen and Saudi Arabia has been rolled out with pragmatic foreign policy of Pakistan.

Pakistan due to its geographical, cultural, ideological and historical context is considered a pivotal axis in international politics. Pakistan has joined the American alliance after the second world war to flourish economically.

Diplomacy and war go hand by hand in international politics. In diplomatic umbrella, leaders strive for primary national interests and for that reason they must take tough decisions. Sometimes, coercive diplomacy to pursue goals. Coercive diplomacy is indirect means of war doctrine. Deterrence and tactics of rival’s harbor carrot and stick policy.

In pandemic period international politics entered fragile system where ambiguity of enemy’s intentions accelerated.  The fifth-generation war and the pattern of hybrid war diplomacy are dominated. The Indian Air force insurgency into Pakistan territory has raised alarm in 2019.

The failure of US in coping Afghanistan political and administrative system has drastic impact on Pakistan. The viable failure of US and NATO Alliance is the result of coercive strategy in Afghanistan. The complete US exist in post pandemic period from Afghanistan has generated political vacuum, and under development. Instead of realizing its failure the US has always stressed on “To do more “coercive policy for Pakistan.

The actions of US and NATO members have direct consequences on Pakistan. To pursue their desired objectives in Afghanistan the powerful states stress on Pakistan to do this and fulfil this. The Imran khan government stood firm to not allow Air base and banning drone attacks. Already, the US actions in war against USSR has brought destruction in fate of Pakistan’s economy, society, institutions and political system.

Pakistan has long been scapegoat in the hands of enemy on both sides Afghanistan and India. The persistence activities by rivals to weaken the society fabric by spending resources and intelligence on creating boundaries.

This generated a gap between center and periphery. The Indian unjustifiable occupation on Kashmir, Involvement in Baloch insurgency and harnessing ethnic lines has produced regionalism. During khan Govt. the agencies reported cases of enemies financial spending on activities that created distress among communities against each other thus challenging writ of the state.

The capture of Abhinondon varthaman, Abolition of article 370 and 35-A has been abrogated to justify illegal capture of Kashmir. Citizen amended act has been introduced in India in response Pakistan raised voice in UN along with NGO’s and human rights bodies.

The foreign policy of Khan has shifted its focus to trade and foreign investment. The present approach harbors regional development by reducing tensions among strategic states. Since taking incharge khan and top leadership vowed foreign policy transmission from geopolitics to geoeconomics.

The leadership came with an inspiration laud positive image of Pakistan after an era of troubled past. The experience of regional tensions and bitter ties with fellow states. To bring back heyday of Pakistan’s economy foreign investors are being encouraged.

Policy related to peace and infrastructure is reintroduced. The top leadership is interested to work with regional giant economic power: China. Since inception of government mega projects has inaugurated and some completed so far including Road, railway, energy, industry, as well as infrastructure up-gradation to boost trade.

The China Pakistan economic corridor has been launched to meet global consumer requirements. Pakistan can utilize its geographical position to strengthen its trembling economy. US has imposed economic and military sanctions on Pakistan in past. Meanwhile China has supported in times of distress.

PM khan and top leadership carried out all necessary requirements to keep it out of global sections i.e., FATF. For that purpose, National action plan has introduced to combat terrorism related financing and structural deficiencies on the count of noncompliance on money laundering.

The financial action task force is taking political revenge than financial in nature because of US insurgency. The US is the biggest contributor of FATF, so she influences more than any other state.

The US has followed coercive diplomacy in previous governments to act against culprits involved in terrorism and To do more projects. The PM khan govt. focused instead on appealing rising economy to fulfill its economic and financial needs. China is increasingly influencing on south Asia in Covid-19 exports and infrastructure investment. PM khan is deeply interested in trade route with central Asian states because of its energy assets.

Pakistan’s foreign policy has been active to sort out intra-regional and global environment issues.US and Pakistan relationship has seen ups and down on war on terror. Drone attacks, border disputes with Afghanistan and India, drone attacks, poverty are objectives in foreign policy. The unanimous pressure of US to do more to achieve desired objectives had lessen. The coercive diplomacy of rival states to isolate Pakistan in international comity has failed sufficiently.

Academia/scholars should be considered in foreign policy frameworks. Intellectual, think tank and council of foreign relations can prove impeccable role. In US foreign policy academia are invited for drafting, policy implementation.