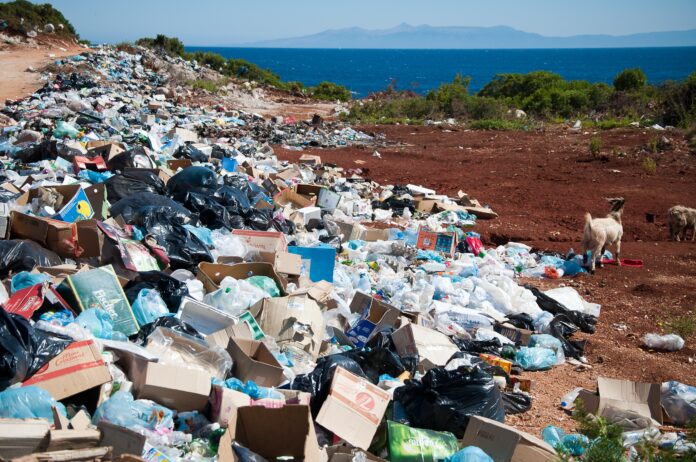 United Nations Convention on Climate Change, defines climate change ‘as a change of climate which is attributed directly or indirectly to human activity that alters the composition of the global atmosphere and which is in addition to natural climate variability observed over comparable time periods. Due to climate change in Pakistan is facing extreme weather conditions. It is witnessing changes in temperature and weather patterns.

Many people tend to use the terms Global Warming and Climate Change interchangeably. However, there is a difference between the two.

Global Warming is just one facet of climate change. It is the increase in the temperature of Earth since the Industrial Revolution because of the emission of greenhouse gases due to the burning of fossil fuels.

Whereas Climate Change refers to long-term changes in the whole climate of the Earth including temperature and weather patterns like wind, snowfall, and rain, melting of glaciers, rise in sea level, and extreme weather conditions.

The change in climate may be natural. But human activities like the burning of fossil fuels, coal, oil, and natural gas are the prime drivers behind climate change.

The burning of fossil fuels produces greenhouse gases that act like a blanket around the earth and trap heat, thus rising temperature. These greenhouse gases mainly include carbon dioxide and methane. These gases come from burning coal, deforestation, gasoline from driving cars, clearing of lands, landfills of garbage, industries, transportation, and buildings.

According to German Watch Report, Pakistan is among the top ten vulnerable countries to climate change. In the Global Climate Risk Index 2021, Pakistan is the eighth most affected country from the adverse impacts of Climate Change.

Impacts of Climate Change in Pakistan:

Glaciers are of paramount importance to Pakistan. More than 7,000 glaciers are present in the northern parts of the country. They are the reservoirs of freshwater, and their water is fed off to different rivers especially to the Indus River. This river flows from the north of the country to the south of the country and then enters the Arabian Sea. The water of the Indus is used for agricultural, domestic, and energy purposes.

As the temperature is increasing the melting of glaciers is becoming unpredictable and so are the lives of millions living along the banks and tributaries of the Indus River. Not only that but people living in northern areas are equally getting impacted by climate change especially to Glacial Lake Outburst Flood (GLOFs).

In 2015, Pakistan Meteorological Department declared 36 lakes dangerous in various parts of Gilgit-Baltistan. In June 2021, in the scenic valley of Hunza of Gilgit-Baltistan, a lake at the Shisper glacier surged leaving local communities in fear and this has happened three times since 2018.

The highest risk of GLOFs is at present in the eastern Himalayas, new hotspots will emerge to the west and glacial lake outbursts will be more frequent in the highest mountain ranges of Asia according to the researchers from the University of Geneva and the Xinjiang Institute of Ecology and Geography of the Chinese Academy of Sciences.

The average mean temperature has increased by 0.56 degrees Centigrade in the past century and acceleration has been observed in the warming trend since 1961.

The most notorious of which is the 2015 heat waves that killed approximately 2000 people in Sindh province and its capital city, Karachi. According to Asian Development Bank Report 2017, an increase in the number of cold days has been observed in northern and north-western parts of the country whereas it has decreased in northeastern and southern parts of the country.

Average rainfall I.e., summer monsoon rains, and winter rains have been increased by 22.6mm and 20.8mm respectively, and are expected to increase. Thus, leading to floods and loss of life and property.

Pakistan is an agricultural country. Agriculture sector contributes 21 percent to Gross Domestic Product and its contribution to exports is 60 percent. It employs 45 percent of the total workforce.

Findings of the International Institute for the Applied System Analysis Austria, also confirmed the decrease in the yield of crops, by 2080, calling wheat the crop with the highest reduction in the yield.

Many have less idea about this very particular impact of climate change. In the past, many seasonal migrations have been observed. But now due to climate change, people are moving to the cities and are never coming back.
The study conducted by Islamic Relief Climate-Induced Migration in Pakistan: Global discourse, local realities and governance 2021 studies the relationship between climate change and migration. It finds out that due to severe droughts, long dry spells, less or no rainfall, people are losing their livelihoods and moving to urbanized areas.

Thus, causing a burden on the already stressed urban centers. According to this study, 3 million people are affected by natural disasters every year. Not only in one region, but migrations have also been observed throughout the country. The Indus delta which is the fifth largest delta has shrunk and 1.2 million people have migrated to Karachi.

Sindh and Balochistan provinces have also been severely affected by droughts, minimal to no rainfall resulting in a shortage of water, dried up of tube wells and natural springs. Thus, causing economic insecurity, lack of livelihood, health issues for the people and forcing them to move towards urban centers.

In Sindh, coastal communities are facing sea intrusion causing land degradation, pollution of water resources, forcing many to migrate in search of livelihood. In the district, Badin of Balochistan, extreme sea intrusion has affected the freshwater channels causing water shortage for consumption.

Thus reduced the land for agricultural production from 82000 hectares to 61900 hectares in 2016 forcing thousands of people to migrate.  The situation in Khyber-Pakhtunkhwa is also not good. Most of the regions of this province have been hit by GLOFs, flash flooding, droughts, and riverine flooding.

According to Asian Development Bank Report 2017, a 1.1mm per year rise in sea level has been observed along the coast of Karachi during the past century. International Federation of Red Cross and Red Crescent Societies (IFRC) report on Climate Change Impacts on Health and Livelihoods: Pakistan Assessment shows that the sea level rose at the rate of 3.6mm per year during the period 2006-2015.

The Asian Development Bank Report mentions that coastal areas of Sindh will be more affected due to the rise in sea level as compared to coastal communities of Sindh.

Sindh has a flat topography, a more concentrated population, and industrial activities along the coastal line that makes it more vulnerable to the impact of climate change. Climate change has already affected land, drinking water, mangroves forest, fish, and shrimp productivity.

The Asian Development Bank Report highlights that the Indus delta is shrinking and sinking and it is the third delta among the global deltas in the greater risk scale.

Though Pakistan is not amongst the biggest contributors to global carbon emissions. But unfortunately, it is one of those that are going to be most affected due to the change in Climate. The government has launched a billion trees Tsunami project and an Economic Restoration project to mitigate the effects of climate change.

These efforts are highly appreciable. But the effects of climate change are beyond borders. So, the efforts required to deal with this challenge also need to be beyond boundaries and in the interest of all.

Although such efforts are happening in the form of the Paris Agreement, it can only work out if world leaders not only mutter words but practically play their role in reducing carbon emissions.

“Climate change is real. It is happening right now, it is the most urgent threat facing our entire species and we need to work collectively together and stop procrastinating.”

Pakistan has to practically build its capacity to deal with the growing food insecurity to feed such a large population. Awareness programs should be held at the local level and people should be educated on how to conserve the environment.

They should be encouraged to preserve food, use environment-friendly products/vehicles, to plant more and more trees. But these efforts can only bear fruit if every stakeholder especially global powers and their leaders take the threat of climate change seriously.