Long-term side effects of Covid-19 vaccine: Myth or Reality 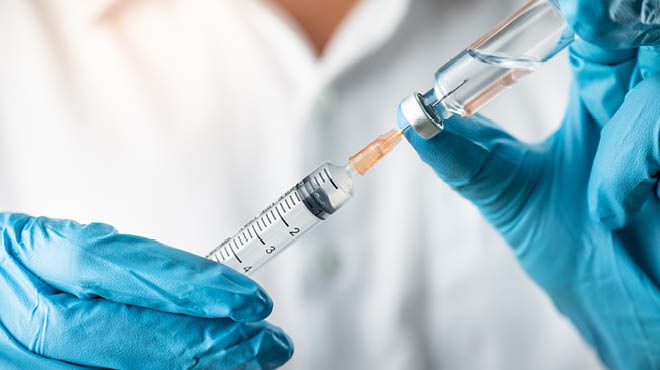 Many people are still hesitant about getting the Covid vaccine. They are worried that some unknown side effects will show up months or years later.

Here is we can know whether there are long-term side effects of COVID-19 vaccine or not.

It`s been more than one year now that the Covid-19 vaccine has been studied. In the United States, more than 174 million people are fully immunized. Vaccines proved extremely safe.

This is a rare type of syndrome that causes blood clots called cerebral venous thrombosis and low platelets. This was found in people within a few weeks that were injected with the adenoviral vector vaccine. A report from the Centers for Disease Control and Prevention provided an estimate that the effects of the adenoviral vector vaccine were observed in three cases per million doses. However, a study from Oxford University showed that the danger of cerebral venous thrombosis is 15 times higher in people after infection with Covid than vaccination.

This syndrome causes temporary paralysis. It was discovered in people within days after the adenoviral vector vaccine. The effect of this syndrome was found in 7.8 cases per million doses. Centers for Disease Control and Prevention report showed that this syndrome is more common in people after the infection caused by Covid-19 as compared to vaccination.

Myocarditis means inflammation of the heart muscle. This mRNA vaccine side effect was noticed within days in people. The cases were mild, and patients recovered without any intervention. The latest report from the Centers for Disease Control and Prevention said the rate of this effect was 3.5 cases per million complete vaccine series. Young men were six times more prone to myocarditis after Covid-19 infection than those who were vaccinated, according to the study from Case Western Reserve University.

Let’s have a look at the technologies used in the Covid-19 vaccine that has been studied for years and used in different treatments without causing any issue.

RNA stands for ribonucleic acid. It is a molecule that contains genetic information for our cells to make proteins. Proteins are then used by cells to carry out our bodily functions.

Both Pfizer and Moderna are messenger RNA vaccines (or mRNA vaccines).

mRNA vaccines were studied for decades even before the emergence of Covid. This mRNA technology has been studied against viruses like rabies, zika, and influenza. Other than vaccines, mRNA has also been used to stimulate the immune system to attack cancer cells.

How does mRNA function in a vaccine?

Once the body creates this spike protein using mRNA instructions, the body quickly breaks down these mRNA strands and they dissipate within hours or days of injection. mRNA never enters the nucleus of any cell (where DNA is located), does not affect any genetic material in the body, and mRNA strands are removed from the body by daily cellular processes.

In the Johnson & Johnson vaccine (and in the AstraZeneca vaccine, available in other countries), viral vector technology is used. In this technology, a harmless version of a different virus is used as a carrier to deliver immunity instructions to the body`s cells.

Like mRNA vaccines, the body receives genetic information for how to build the harmless spike protein against the SARS-CoV-2 virus. After that, the body builds an immune response and starts producing antibodies against COVID-19.

Since the 1970s viral vector vaccines have been studied. Recently, they were used in response to Ebola outbreaks. Clinical trials on humans have also tested this technology against influenza, Zika, malaria, and HIV.

Dr. Allison Arwady, Director of the Chicago Department of Public Health recently said, during a Facebook live, that there are no vaccines we know of that have long-term side effects. She said that in response to the question asked about the vaccine-hesitant people, people who are worried about the long-term effects of the vaccine. She further said that vaccines have been studied for years and years. They never caused any side effects after their approval. What we are worried about is the side effects that show within a couple of weeks. That’s why FDA wants to monitor for six months. If you have not shown any side effects within this period, then there is no biological reason for the side effects afterward.

Her words echo similar to what is written on the website of the Centers for Disease Control and Prevention. It says that long-term side effects following any vaccination are extremely unlikely, including Covid-19 vaccination. CDC`s website also states that vaccine monitoring history has shown that side effects generally occur within six weeks of receiving a vaccine dose. Millions have received COVID-19 vaccines, and no long-term side effects have been discovered.

She also added that there are no links between vaccines and fertility. We have never seen issues with that. The vaccine does not affect the placenta. The vaccine does not hang around. It does not interact with DNA. After getting the vaccine, it is gone out of your body within hours or days. But it has taught your system how to fight off Covid-19.

According to the Centers for Disease Control and Prevention guidelines, people should stick around for approximately 15 minutes after getting the vaccine. And people who have a history of allergies should be present for around 30 minutes so that they can be monitored and treated immediately if they show any reaction.

World Health Organization on the side-effects of Covid-19 vaccine:

According to WHO, mild to moderate side effects like low-grade fever or muscle aches are normal after vaccination. These signs show that the body`s immune system is responding to the vaccine, particularly the antigen, and it is preparing to fight the virus. The antigen is a substance that triggers the immune response. The side effects that show immediately after vaccination normally go away after a few days on their own.

Since December 2020, hundreds of millions of Covid-19 vaccines have been administered. People were worried that the Covid-19 vaccine might make them sick with the SARS-CoV-2, a virus that causes Covid-19. According to WHO, any of the approved vaccines do not contain any live virus which means it will not make people sick with Covid-19.

It normally takes a few weeks for the body to build immunity against the SARS-CoV-2, after vaccination. So, a person may get infected with Covid-19 before or soon after the vaccination. It is because the vaccine did not have enough time to provide protection.

In short, it can be said that the benefits of Covid-19 vaccines outweigh its risk. Countries are learning about the safety and efficacy of the vaccine. The data-gathering process is ongoing since the emergence of the Covid-19. According to the current information, it can be easily concluded that the risk of possible side effects is very low as compared to the risk of contracting the virus that has severe side effects and has caused deaths in millions.