Pakistan is Not a Failed State But a State of Failing Governance. 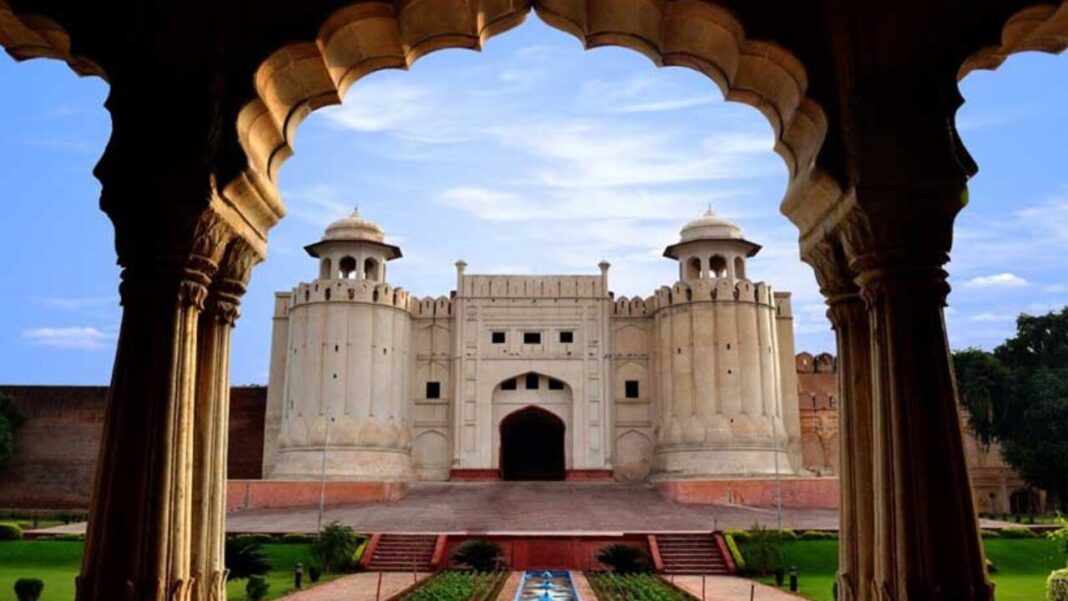 The governance issue prevails in many parts of the blue planet. Several countries are faced with this enigma. It is not denying the fact that governance plays a key role in the progress of any country. Its absence causes multiple issues that lead this state towards abysmal shambles. In this contemporary world, developing countries present the worst-case scenario in this regard. They are sweltering in the furnace of shambolic governance. Pakistan’s case is not exceptional either. This sorry state is facing this music since its inception. Pakistan got independence through pure democratic struggle. Its emergence was a miracle in the 20th century. However, the death of its founder left it in Limbo. It became an orphan in its infancy. Since then, Pakistan has witnessed gloom and doom episodes of governance. The traumas range from the dismal role of law to political bankruptcy. Bad governance has wreaked havoc on the land of the pure. Tumultuous events are fast and furious. Political instability and social disharmony have become the norm of the day. The economy is on a patchy slope. Terrorism and fanatical outburst are at their peak. Indeed, tawdry governance is neither inevitable nor something that cannot be redeemed. Needless to say, if this riddle is resolved, Pakistan will pace up towards progress and prosperity. It can mop up all its socio-economic and religious political evils from its soil. However, the aching theme is that none of the previous regimes took pragmatic steps to tackle this issue. Shockingly enough, if the mainstream government remains in a state of apathy. Pakistan would move towards collateral damage. Ultimately. the government would be hapless to find any option to avert unimaginable nightmares.

There are several reasons behind shaky governance in Pakistan. The institutional tug of war is one of them. Unfortunately, seven decades have passed but Pakistan is Not a Failed State. Pakistan is always in the doldrums over the question of institutional independence. All three main pillars-executive, judiciary, and legislative — square off with one another for dominance in the affairs of states. Recurrent martial laws by power-hungry generals have already pushed the country to the wall. The military establishment still dominates security and foreign policy. Civilian leadership is unable to assume affairs completely. Patron client relations prevail here. Similarly, the previous democratic regime fell prey to a hyperextended state structure where chief justice dominated all policies. Presently, it is overdeveloped state structure where the military is ruling indirectly. The institutional conflagration has deprived Pakistan of an ideal state structure and ultimately the good governance.

Besides this, weak political culture is also responsible for second-rate governance. Political instability is a chronic issue in Pakistan. Pakistan has undergone traumatic past experiences. All those experiments plummeted democratic setup to naught. The voting behavior of people is not satisfactory. They care a fag to cast vote: Election Day is enjoyed as a holiday. Resultantly, incompetent politicians are elected through massive rigging. This is why the inept political elite is unable to revamp governance in Pakistan.

What is more worrisome is the menace of terrorism and extremism. In past, flawed policies of leaders and dubious strategies of global power sparked off extremism in Pakistan. Consequently, terrorists were nourished in madrassas. Today, this is a stigma in Pakistan. The world accuses this state of harboring terrorism. World Terrorism Index 2015 ranks Pakistan on the 3 rd. rank after Iraq, and Afghanistan respectively. Terrorism has wreaked havoc in Pakistan. It has made governance too patchy to address immediately.

Furthermore, woefully, the society in Pakistan is weak, Social problems are numerous. Government is unable to tackle them. Mobilization in society is also negligible. Being a multi-lingual, multi-ethnic, and multi-religious country, a dangerous polarization prevails in Pakistani society. Moreover, illiteracy, poverty, ailments, etc., add fuel -to fire. Pakistani society depicts a miserable picture in this world of globalization. Thus, the shaky social fabric has paved the way for bad governance.

In addition to this, the crisis of federation ever lingers over Pakistan. The trust deficit prevails between provinces and federations. All provinces blame the center for their internal savages and murkiness. Not only federation is lambasted, but provincial wrangles are also common in this land of pure. The row over distribution of resources is always a hot topic among them. Big brother syndrome is a bone of contention among them. Though I amendment palliated some wounds, yet not completed. In short, the federal-provincial and inter-provincial standoff has destabilized the governance.

What adds, more to agony is the national identity crisis. Pakistani establishment and laymen are still perplexed oven their national identity. The history of different experiments has spawned dichotomy in Pakistan. People are not united under one single banner of national identity. Some praise moderate views of objective resolution; some Bhutto’s socialist tilt, some Zia’s orthodox Islamization, and others have an affinity with Musharraf’s, enlightened moderation concept. Ethnonationalism is also at its peak. In this dismaying situation, good governance has become a far cry.

In the same manner, the absence of “across the board” accountability has pushed governance towards shambles. Political big fishes and haughty officialdom are indulged in hazardous misappropriation. They pander their whims by trespassing state laws with brazen impunity. Ridiculously. they play this dirty game, unabashedly. Indeed, it is appalling that those who make laws are always on the front line for tearing them into tatters. They are snakes in the grass. They have clipped the wings of the accountability Bureau. This is why World Competitiveness Index presents a dark picture of Pakistan. Therefore, governance is too bad.

Further, there prevails a vacuum of leadership in Pakistan. Quaid e Azam died when Pakistan was at its nascent stage. That setback followed the assassination of Liaqat Ali Khan. Pakistan was left in the lurch after the death of two charismatic leaders. Since then, unhappily, the state is unable to breed any visionary leader on its soil. Though Zulfiqar Ali Bhutto had some political acumen, yet he fell prey to the military coupe. Present leaders are politicians, not a real leaders. As Nelson Mandela remarks, “A politician thinks of next elections, however, a leader always thinks of next generations.” Resultantly, they are not able to pilot the country towards good governance.

however, every disease has some cures. Robust strategies can fizzle out this conundrum once for all. Provision of full autonomy to institutions is needed. Some institutions are utterly dysfunctional and others are unable to perform freely. They must be divided into several small administrative units to cure good governance. The developed world and even Pakistan’s neighboring countries have divided their administrative units to steer the country properly. This trend should be followed here.

What is more, sincere efforts as social indicators are necessary to snatch the hour. Health facilities and education  are basic needs of citizens. To reverse the tide of dismal social structure, budget allocation to the social services sector needs to be revisited. At least, a 4% GDP ratio should be reserved for education. Health care centers in far-flung underdeveloped areas must be established with adequate facilities. Policymakers have to think out of the box. Issues like poverty, gender disparity, illiteracy, unemployment in pakistan need prompt solutions to resume first-rate governance.

Furthermore, bureaucracy is called the backbone of any country. Pakistan can make this bone strong by introducing salutary reforms in it. Mere changing syllabus for competitive exams will not entail prolific results. There is a dire need for reforms in areas of promotions, training, salary, and incentives of civil servants. Today, Pakistani bureaucracy is censured for its lethargic processes, favoritism, and rampant corruption. Indeed, Pakistan cannot achieve good governance without changing the attitude of its civil servants. Their recruitment process and training should be efficient to transform them into real servants of the state.

Additionally, the eradication of terrorism is an important factor in this regard. Mainstream government has taken good steps against this scourge. Zarb e Azb is in its final phase. It has broken the back of fanatic hordes. However, removing terrorists through Kinetic operations and coercive apparatuses is akin to mowing the grass which can grow up again. It needs to be rooted out completely. Its solution lies in counter-narrative measures. The state has to win the hearts and minds of its people. Moreover, the financial fuel lines of these monsters must be cut off. Else, it would be foolhardy to assume that good governance will return to this resilient country.

Besides this, a civil-military rift can pave the way for future developments. The military must confine itself to barracks. Civilian leadership should be valiant enough to deter the military establishment from muddling into affairs of the civilian regime. In a democratic system, civilians are the supreme authority.

Pakistan can follow Turkish strategies which have pulled Turkey out of the civil-military crisis. Turkey is the 15th largest country in the world ruled by civilian leadership. The leadership of both institutions should resolve feuds and lead the country towards the zenith of glory. This can ramp governance up pertinently.

In the same passion, the implementation of a national action plan with alacrity and vigor is needed. This twenty-point agenda can prove catalytic in ameliorating the governance system. Enforcement of all agendas can chisel the governance of Pakistan and peddle Pakistan towards progress and prosperity. However, ridiculously enough, those who are responsible for the implementation of civilians’ aspect of NAP are still napping. They must wake up to pull the state out of the cornucopia of crises. Fancy views and toothless laws are futile without their implementation. Though NAP is vital agenda to improve governance, yet lassitude in its implementation can prove perilous.

In a nutshell, governance is a phenomenon that smoothly steers government and state. The sine qua non is that it should be good enough to pilot the state towards progress. It is equally dangerous when it is tawdry. Pakistan’s case is appalling. Bad governance has become a chronic issue. There are several reasons behind shambolic governance. For instance, institutional vitriols, political corruption in pakistan, political instability, stagnant society, etc. have eaten governance like a termite. Moreover, the crisis of federation, national identity enigma, lack of accountability, and absence of central leadership and unemployment issue in pakistan have also fanned flames in the country. Bad governance is a grave bottleneck in the holistic development of the country. It has made days of denizens restless and nights sleepless. An ever-dwindling economy and dilapidated society is the direct aftermath of bad governance. However, the game is not over yet. Pakistan can come back on the right path by taking some extraordinary steps in this sphere. Institutional autonomy, strong democracy, the creation of new provinces, and resolving social issues can be proved vital. Furthermore, wiping out terrorism, solving civil-military stiff, and full implementation of recent envisaged agendas can accelerate the country towards prosperity. It is time to bring back Pakistan on right track and translate the dreams of its founding fathers into reality. Hope still springs into the hearts of Pakistanis.