WRITE FOR US
HomeSecurity
Security

Right Wing Politics on its Rise in the Subcontinent | Religious Extremism 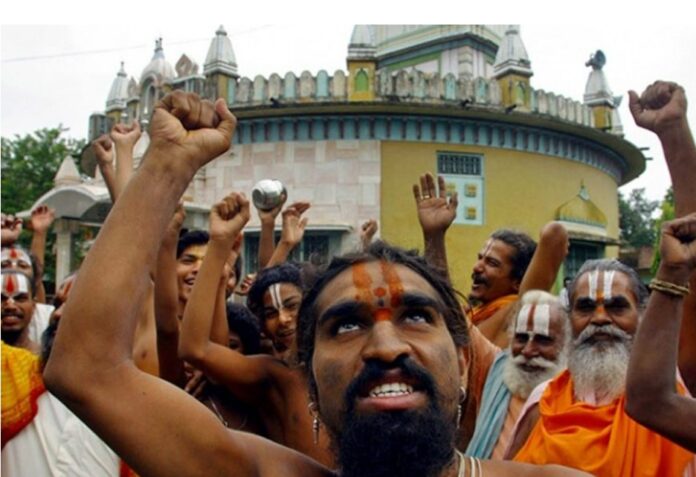 When the current prime minister, Imran Khan, came into power, they came with the slogan of “riyasat-e- madina”, which means the state which will rule on the principles of Islam. The narrative of making country run on Islamic principles was spread, and some steps were taken as well. The most notable step in this regard is the creation of Rehmatul-lil- Alameen Authority (RAA). Hoodboy while commenting about the authority wrote, the job of this authority is to monitor curricula in Pakistan, social media, media, etc. In other words, the purpose of the organization is to add religious element in every aspect of life. The religious monitoring of Media adds an additional watch on Media, while limiting its liberty.

Freedom of Media is already questionable in Pakistan with the country ranked on 145th position by World  Press Freedom report out of 180. Religious watch just adds to the restrictions imposed on media. Many people fear in talking about religiously sensitive topics, and critical religious discussions are not subject of mainstream media. Television and media, the purpose of which is to entertain people and spread information is being deviated from its original purpose as well. This may not seem problematic at first, but it shows the extent of religious influence in Pakistan. Other than this, the perpetual rise of religious influence can be witnessed the way religious representatives are shaping the curriculum.

During the last year, Single Nation Curriculum was introduced in Pakistan. In the first phase, this curriculum was introduced till the 5th grade. In this new curriculum, Islamic teachings and principles are emphasized. Islamic topics are discussed in English, Urdu, and other subjects as well, despite having one core discipline for Islamic preaching. Other than this, the no picture of woman in the textbook is without its head covered. Even the word of “interest” in mathematics is being removed as well. Science textbooks do not contain the diagrams of human body, as they are considered provocative for students. Such kind of curriculum which instead of providing exposing students to different cultures and religions, is limiting their lens of looking at world. Such conservative curriculum has a major role in rise of religious extremism.

The incidents of religious extremism garner criticism from all across the world, including India. However, there is no denial in the fact that over the past few years, India itself is losing its identity of a secular country, and moving towards religious extremism.

The consecutive two rules of Indian Bhartiya Janta Party, has influenced Indian masses with its narrative of Hindutva. The current government which promotes that Hindus are a superior race, and they must be the rulers have given multiple evidence of treating minorities poorly. Be it the treatment of Indian government towards people of Kashmir, Muslim minority in India, Sikh population, or Christian minority, all have suffered in one way or other under the current government. This is principally against the values of secularism which is the basis of Indian constitution. Like Pakistan, the state narrative is one major factor in rise of religious extremism within the country.

The current Indian government when came into power, raised to slogan of Hindutva, and rise of Hinduism as well. The narrative, that Hindus are the superior Aryan race was spread in the country. But merely this was not a powerful enough narrative to instigate the incidents of religious extremism in the country. Such incidents are fueled by the populist narrative in which binary within the country is created. A binary that involved two groups, one being a Hindu majority group is good one, and the second being Muslim is the evil group. Therefore, over the years the incidents of Hindu- Muslim riots in India have increased.

In February 2020, the attack of Hindu Right Wing members/ RSS members in the Jawaharlal Nehru university became a major highlight in context of religious extremism. As the Guardian reported, attackers were assaulting those who were critical of BJP and its narrative, including teachers, students, and anyone who was either Muslim or leftist. This extremist move by the religious extremist group in an academic environment shows the failure of Indian curriculum in forming moderate citizen. Therefore, in such scenarios the condition of the two countries, India and Pakistan is not much different from each other.

Earlier, there were Muslims who were under the attack most of the times. Last year, during the month of December, Christian while celebrating Christmas also came under the attack of religious extremist groups in India. The statue of Jesus was torn into pieces, and Santa was burned to ashes. The extremist group blamed Christians for spreading Christianity and committing forced conversions as well. Therefore, if at first, there were Muslims who were targeted, now all religious minorities are being targeted in India. This is outcome of religious extremist narrative which are endorsed by the present ruling part of India, and its paramilitary group, namely RSS.

Now, this extremism has reached to its peak when leadership of RSS and BJP is being seen directly promoting mass murder in order to make India a completely Hindu state. Members of RSS have been seen calling for mass Muslim murders in videos seen on social media. Minority groups are also being forced on chanting “Jai Shiri Ram” by RSS members[1]. People are being arrested for criticizing RSS as well. Thus, the overall condition is getting worst in India with each passing day, as the society is moving towards religious extremism.

The rise of religious extremism in India and Pakistan shows the tendency of people to tilt towards right- wing politics. This also shows the potential of right- wing politics in promoting extremism in the society. In coming elections, there is a dire need of  a moderate leadership for both the countries, which may not only reduce extremism within the respective countries but also mend relations with the neighboring country as well. This is important for the regional peace.