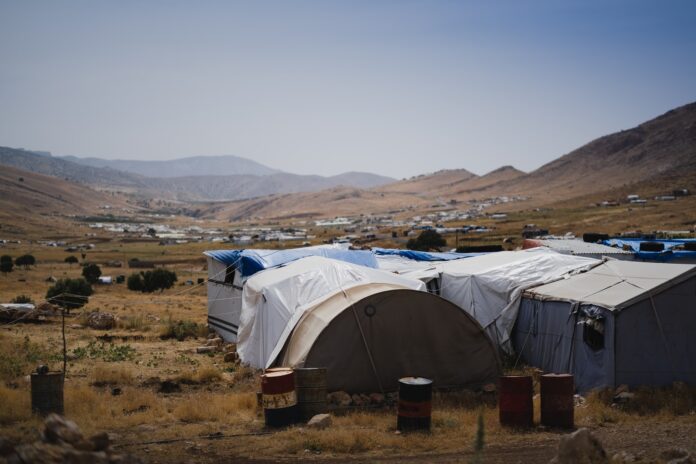 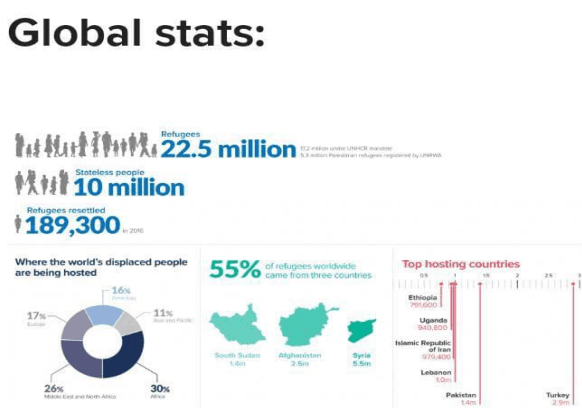 Today, Refugee Crisis is a major concern all over the world. It is most
complicated issue because when refugees fled their country and hosted
in the neighboring countries So it creates economic, social, political
and environmental impacts on those host countries.

Their presence in the host countries increase the demands for education,
health, food, housing, medical services, water supply, sanitation,
and transportation, and also in some cases, for natural resources such as
grazing and firewood.

Who is a Refugee?

A refugee is a person who has a well-founded fear of persecution on
the basis of race, religion, nationality, political opinion or membership
of a particular social group. Most likely, they cannot return to their home
country or are afraid to do so.

Why Do Refugees Flee their Country?

Refugees left their home countries because of civil wars, ethnic, tribal, and religious violence, human rights violations, environmental and climate issues. About, 22.5 million people all over the world are living as refugees. Just three countries of the world Syria, Afghanistan, and South Sudan have more than half (55 percent) of the refugees of
the world.

Syrian Refugee Crisis is the largest refugee crisis in the world. Hundreds
of thousands of people have died. About 5.5 million Syrians have fled
the country as refugees, after the outbreak of civil war in the country.
They have moved to Lebanon, Jordan, Turkey and beyond. Most of the
refugees are living below the poverty line and could not even get their
basic needs. 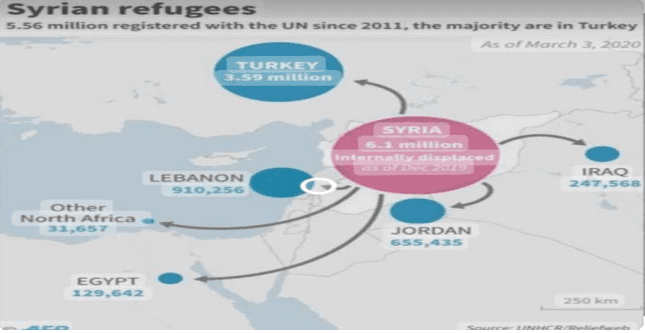 Pakistan’s economy is not stable to take more refugees on its soil. Pakistan hosts about a 1.5million Afghan refugees in 2020. This is the biggest issue for us right now. Apart from that, Pakistan has been facing security issues, terrorist attacks, and violence in the country.

Pakistan hosts a large number of Afghan refugees, which also increases health problems because most of the refugees are living in the rural side. Where they can not get health facilities so it increases the risk of various infections and diseases. 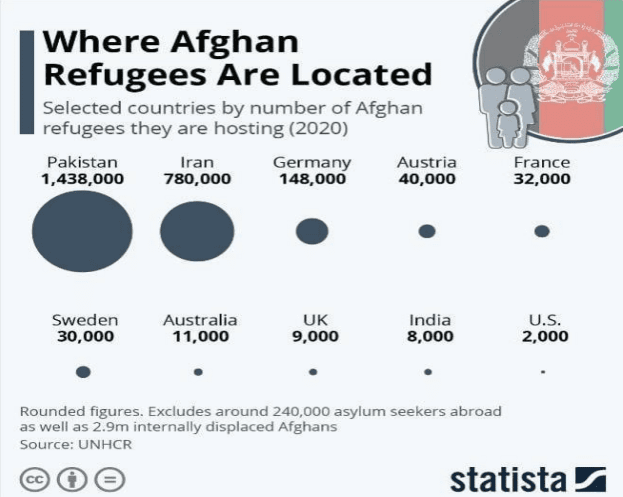 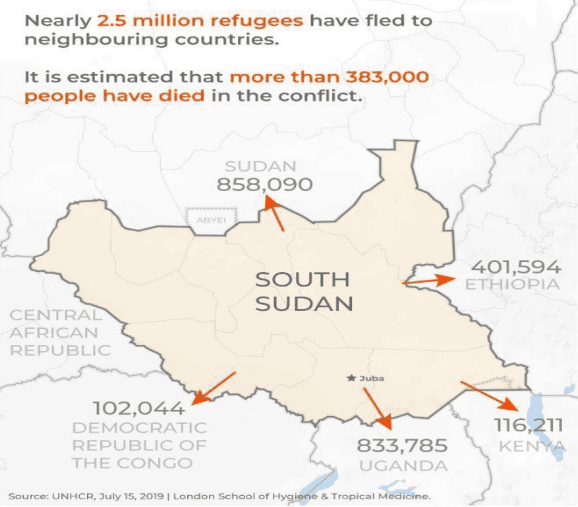 Protection of Refugees under International Law:-

There are three areas of International law that are relevant for the
protection of refugees and other persons of concern.
International Refugee Law (IRL).
International Humanitarian Law (IHL).
International Human Rights Law (IHRL).
Protection of Human Rights of Refugees:-
• Refugees should not be tortured or ill-treated; refugees should be
treated like their own citizens.
• Protecting refugee children and children should also receive
special assistance.
• Refugees should receive the same rights and basic help as any other
foreigner who is a legal resident, such as freedom of thought,
freedom of movement, and freedom from torture.
• Refugees have equal economic and social rights. Refugees have
the right to get better medical care, education and also have
the right to work.
• Protecting refugee women and preventing sexual and gender-based violence and empowering displaced women.
• Right to liberty and security of the refugee.
• A refugee has the right to safe asylum.

Freedom Of Movement:-
Refugees have the right to choose the place where they want to live
and they have freedom of movement so they can move freely within
the state.

Additional Protections for Refugees:-
Refugees should not be treated as enemy aliens.

The Principle of Non-Refoulement:-
It is a part of International Humanitarian Law and human rights law.
According to this principle, countries may not forcibly return refugees to
a territory where they face danger or discriminate against groups of refugees.

To sum it up, normally, government guarantees the basic human rights
and security of civilians but when civilians become refugees this safety
net disappears. Host countries must protect refugees and their rights.
On the other hand, it increases security issues, violence, crime, and
instability in the country.