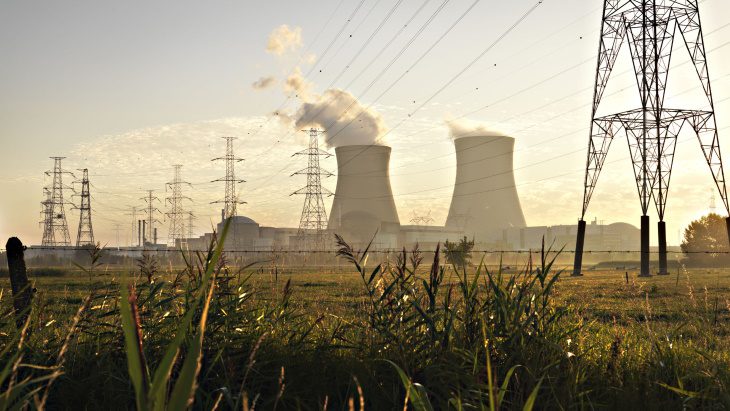 As the engine of development, energy or more accurately clean-energy plays a vital role in realizing the goal of sustainable development. From this perspective, Pakistan’s dependence on other countries to meet its energy needs is neither sustainable nor preferable. Its import-driven energy policy inevitably hinders efforts to achieve the Sustainable Development Goals (SDGs).

Currently, the country imports almost a third of its energy requirements in the form of Liquefied Natural Gas (LNG), oil, and coal. This reliance on fossil fuels and that too imported from foreign countries is a double-edged sword for Pakistan.

The use of fossil fuels adversely affects the ecosystem through the deposition of acid chemicals. The consequent soil degradation and water acidification in turn affect biodiversity and natural resources.

Another negative consequence of this flawed ‘import-driven and fossil-based energy generation policy’ is that it takes a huge toll on Pakistan’s foreign exchange reserves, compromises its sovereignty, and renders it extremely vulnerable to price fluctuations in the global energy market.

Thus, to achieve long-term energy security and SDGs, Pakistan must expedite efforts to develop self-sufficiency by harnessing indigenous capacities, renewable energy sources, and last but not least nuclear energy. The reasons for this lay in the fact that on a life cycle basis, fossil technologies have the greatest acidification potential compared to nuclear power technologies.

It is worth noting that in technologically and industrially developed societies, the use of nuclear technology for energy generation is a well-established fact and contributes roughly around 20 percent to their energy mix. While the share of nuclear energy in electricity generation in developing countries is less than 5 percent.

Increasingly many countries across the world are recognizing the need for nuclear energy for sustainable development and clean energy.

In addition to the growing energy requirements, this need for nuclear energy is driven by climate change and the Sustainable Development Goals agenda for 2030 agreed to by states in 2015.

In fact, out of the 17 SDGs, SDG 7 is concerned with reliable, affordable, modern, and clean energy. Most significantly, there is a positive correlation between energy consumption and human development.

Thus, by ensuring energy security, Pakistan can fundamentally improve the health, educational standards, and general wellbeing of its population.

However, the electricity supply and demand gap seriously compromises Pakistan’s development efforts. Despite surplus capacity, the country is suffering from a shortfall of an estimated 6000 GW, probably because of the poor governance.

The shortfall of energy has resulted in huge economic and social losses. For instance, due to the power shortage Pakistan incurred a loss of US$ 18 billion (6.5% of GDP) only in the fiscal year 2015.

It is indeed reassuring that Pakistan’s civil and military leadership seems to have grown cognizant of the imperative of clean energy. Speaking at the Climate Ambition Summit 2020 which marked the fifth anniversary of the Paris agreement on climate change.

One can justifiably wonder and ask what prevents Pakistan from aiming at 100 percent clean energy. Pakistan’s National Electricity Policy 2020 reflects the country’s desire to harness indigenous resources of renewable and nuclear energy to address the impacts of climate change.

Undoubtedly, renewable sources of energy have a great promise in addressing climate change. Nuclear, hydro and wind power are among the lowest greenhouse gas emitters.

As one of the fifth most vulnerable countries to climate change that also suffers from a crippling energy crisis, Pakistan direly needs to turn to renewable sources of energy including wind, solar, hydro and biomass.

Given current trends, more and more countries will draw on renewable sources of energy while at the same time depending on nuclear power for the steady supply of baseload electricity.

Nuclear energy is widely regarded as a clean, reliable, and affordable source of electricity that can also help address global energy and climate challenges. Studies conducted to assess the impact of nuclear energy on the environment found nuclear energy to be comparatively eco-friendly.

Although there are still concerns regarding safety and radioactive waste management, concerned authorities in the field of nuclear technology are optimistic that “remarkable” research will help develop a new generation of nuclear reactors, which will be equipped with inherent safety features, will be more efficient, and will generate less waste.

They also cite examples of the successful management of waste disposal by the global nuclear industry.

Pakistan needs to garner international support for its clean energy drive. It goes without saying that while Pakistan should make every effort in its capacity to address safety concerns when pursuing an expansion of nuclear energy, the international community too has a responsibility to fulfill.

In this regard, the discriminatory attitude of the Nuclear Suppliers Group is a prime example at hand. Instead of adopting a criteria-based approach, the nuclear cartel is unjustifiably favoring India while denying access to the nuclear technology for peaceful uses to Pakistan.

Needless to say that such discriminatory policies by the US and its western partners render the nuclear cartel a strategic tool in the hands of vested interests rather than a credible nuclear watchdog.

In the nutshell, the achievement of the Sustainable Development Goals is contingent upon adequate energy generation through renewable and other low-carbon energy sources like nuclear.

To this end, Pakistan must adopt and implement eco-friendly policies and expedite efforts to gain access to modern nuclear technology.

It can enhance nuclear cooperation with friendly countries like China. Equally important, Pakistan must develop indigenous resources and capacities. Indeed, as an active player in the global nuclear order, Pakistan has the potential to realize the goal of low-carbon nuclear energy.