WRITE FOR US
HomeEconomy
Economy

Small and Medium Enterprises: Their Importance and Role in Developing World 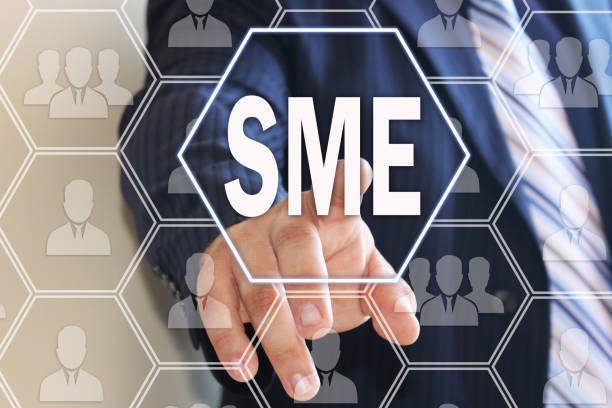 Small and medium enterprises (SMEs) play a vital part in a developing country’s economic growth. SMEs boost up productivity, export contribution, job creation, and equitable income distribution. Traditional cottage as well as domestic businesses, such as village industries, handicrafts, and coir industries, make up the majority of SMEs. Traditional village and cottage industries, in contrast to current small and medium-sized firms, are typically disorganized and located in semi-urban and rural areas. They rarely use power-operated machinery or appliances, and they invest in and use technology at a minimal level. They do, however, provide part-time job to a large proportion of society’s poorer members. They also produce significant goods for both domestic and foreign markets. The majority of today’s small and medium-sized enterprises are characterized by how often money they spend and also how many workers they hire. SMEs with far less than 50 workers are identified by the industries.

The answer to Why SMEs are important lies in the fact that in developing countries, Small and medium-sized enterprises are an integral component of the fabric of economy, and they play a critical role in prosperity, innovation, and promoting growth. Small and medium-sized businesses (SMEs) are pertinent for economic development, job creation, and poverty alleviation. This highlights that SMEs are helpful for rural entrepreneurs in developing countries to improve their quality of life and raise their standard of living. Higher development potential can be found in emerging high-tech industries, but it can also be found in labor-intensive enterprises in the traditional small-business sector, as well as the services that support them. In the future, youth are more likely to work in organizations that are more aligned with the entrepreneurial model, which is a critical pillar for creating jobs, boosting inventiveness, overcoming adversity, and maintaining a healthy economy.

Small and Medium Enterprises (SMEs) are important and play a vital part in the developing nation’s economy as well as social configuration, which is a universal phenomenon. “Enterprise is the antithesis of command and control”. The global perspective of small as well as micro-businesses or firms has grown in importance in a country’s economic development. Small businesses have been thrust into the spotlight and centre of attention as a result of globalization. These are gradually becoming the primary source of national economic development. Planners, economists, governments, and multilateral organizations are paying close attention to the entrepreneurs who run them all over the world. This sector is important in the development of rural areas in developing countries, as well as in poverty alleviation.

Small and medium-sized enterprises account for more than 90% of all firms and play an important role in economic progress of developing world. SMEs contribute to development in a variety of ways: they provide jobs for a growing labor force, they provide much-needed flexibility and innovation in the economy, and they add value to GDP. SMEs can assist a country with developing for two reasons. First off, embracing existing cycles and innovation is quicker and more secure than attempting with new ones, and SMEs are encountering a major reception hole. Small and medium-enterprises can become more quick than large enterprises by acceding to bigger organizations’ demonstrated innovation and methods, similarly, as developing business sectors can become quicker than major league salary markets by taking on demonstrated procedures. Second, new companies, which are a significant subset of SMEs, have arisen as significant growth of the economies of developing world. As they are liberated from obsolete philosophies as well as heritage frameworks, new market competitors are generally ready to reexamine old cycles and break past set up industry boundaries.

Small and medium enterprises (SMEs) have a significant role in many economies, particularly in countries that are non-industrial, as per World Bank figures. Small and medium enterprises (SMEs) represent most of organizations all over the world and are critical supporters of job creation and economic development. They represent around 90% of firms and the larger part of all jobs around the world. Formal SMEs accounts for 40% of in arising economies (GDP). When informal SMEs are figured in, the all outnumber of SMEs increments significantly. We gauge that 600 million positions will be needed by 2030 to deal with the developing world’s labor force, focusing on SME improvement for some states all over the world. Most of formal jobs in developing nations are made by SMEs, which represent seven out of 10 positions. Small firms are more averse to have the option to acquire extensive loans and bank credits than huge organizations, along these lines they should depend on inside assets or money from their family to begin and maintain their organizations. As indicated by the World Bank, 65 million firms in emerging nations, or 40% of formal micro and medium businesses have a yearly neglected financing need of $5.2 trillion, or 1.4 times the current level. East Asia and the Pacific (46%) is the area with the most elevated monetary imbalance, trailed by Caribbean as well as Latin America (23%), Central Asia and Europe (12%). The size of the gap fluctuates significantly starting with one area then onto the next. With 87% and 88 percent financing imbalances, individually, Latin America and the Caribbean, just as the North Africa and Middle East, have the biggest subsidizing holes contrasted with planned interest. A fourth of all formal SMEs don’t approach formal credit. At the point when small and informal businesses are considered, the monetary gap turns out to be substantially more articulated.

Small and medium-sized enterprises are playing an important part in the economic growth of developing countries, creating jobs and driving economic growth. Formal SMEs tend to account for a bigger percentage of the economy as income levels rise, while the micro and informal sectors shrink. SMEs entering or “graduating” from the status of microenterprise commonly fill opportunities created by economic expansion. Trade liberalisation and globalisation, in contrast, have brought new opportunities as well as new challenges for SMEs. Only a small percentage of the SME sector can currently recognise and utilise these opportunities, as well as deal with the constraints. The number of SMEs in emerging as well as transition economies, from the other hand, seem to be less able and reluctant to realise the rewards of globalisation, and thus are often under strain from foreign competitors on local or domestic markets. As a result, changing the balance among these groups of SMEs as well as equipping SMEs to better confront the obstacles posed by globalization and gets advantages from its potential is a primary goal of efforts to support the development of the SME sector.

The development of small and medium enterprises necessitates a multi-pronged approach (e.g., governments’ ability for implementing strong macroeconomic policies, the capacity of stakeholders to improve conducive micro-economic business, through simplified legal frameworks, accessible finance, good governance suitable infrastructure, flexibly skilled labor, supportive education, and public administration. Moreover, for the development of small and medium enterprises, SME development strategies must be integrated into larger national development strategies, including growth strategies to reduce poverty in developing nations. There should be collaboration and dialogue among stakeholders to promote the ownership of these initiatives by better addressing SME needs in long run by gaining extensive loans from the banks.

While discussing the development of small and medium enterprises, let’s take the example of Rural Pakistanis who have poor living conditions and development. Businesses have a critical role in the development of developing nations such as Pakistan. Not just by producing exportable commodities and replacing it with imports, but also by supporting and triggering growth in various economic sectors. Pakistan’s industrial sector has grown in a positive and broad-based manner in recent years. Large-scale manufacturers are located in metropolitan regions, whereas SMEs are found in rural areas; SMEs in such areas are extremely valuable in terms of providing jobs for poor rural workers. It is critical to offer appropriate access to financial resources as well as credit for the SME sector to function as a development catalyst. Rural finance is regarded as an important tool for rural development and poverty alleviation. From providing suitable credit lines via commercial banks for facilitating the growth of credit, there are numerous instruments targeted at providing access to credit to rural firms including SMEs.

So, for the development of SMEs and to cope with all the obstacles that small and medium enterprises face, there must be significant investments in long-term physical as well as institutional infrastructure development, including services and delivery to SMEs in all locations, also encompassing rural and distant places. Improved outcomes result from ongoing conversations and collaborations amongst stakeholders in the review and implementation of several supportive measures, especially those which are connected to the capacity building while executing institutions. Women account for a major share of capital spending and make the greatest contribution for reduction of poverty, hence boosting women’s rights to engage in SME development should indeed be addressed at all levels. Gender considerations must be incorporated into all SME development programs and strategies, with some additional measures aimed at key barriers.

Ittra Saleemhttp://Timesglo.com
Ittra Saleem is an IR graduate and is well acquainted enough with the skills of research writing and have been working as a content writer for the last 2 years. She writes on International and Social issues, Management Sciences, Products feedback, and Blogposts . Moreover, she is adept enough to use Excel, Word and PowerPoint.