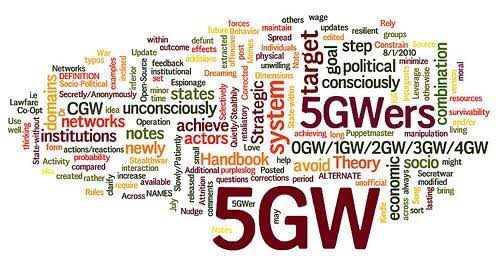 War is no longer proclaimed or conducted in the traditional sense; instead, clandestine agents use technical, non-military, multimedia, internet tactics, intelligence analysis, Organizations, non-state actors, spy agencies, disinformation, financial techniques, rebellion, and violence to start a conflict. In this ever-changing world, Pakistan became a nuclear state in 1998, and opponents find it difficult to declare conventional war. As a result, they are employing fifth-generation warfare tactics against Pakistan in order to destabilize the country inside and achieve their malicious goals. The adversaries are behind plots to destabilize Pakistan internally and smear its image in the international community by funding, financing, and equipping militants to carry out clandestine operations on Pakistani soil. Pakistan’s national unity is in jeopardy in this era of fifth-generation warfare due to the unfavourable role of certain foreign powers. Media efforts against Pakistan are currently in full swing. Enemies have been disseminating misinformation, fake stories, and fake news to undermine Pakistan’s national unity. They are attempting to sway international organizations, notably the FATF, to depict Pakistan as a state that sponsors terrorism. Pakistan’s danger matrix is amorphous in form, exhibited through a fluid inter and intra network, facilitated by current technology with internal and external links in several fields.

Fifth Generation Warfare (5GW), formerly considered a generation too distant in extent, has arrived and is fundamentally altering the proportions of battle. Non-state fighters, according to US commentators, battle nation-states out of mere dissatisfaction and lack of defined political aims. This definition, it is said, obstructs an otherwise comprehensive understanding of warfare by reducing its qualities to non-state actors, dissatisfaction, and a lack of biased aims. It could be foreign-sponsored by an ideological association such as the Muslim Brotherhood or Al Qaeda, or by a state(s) with well political aims, and the motivation could be self-generated or instigated, as in the case of the 2011 “Arab Spring,” or even a financial reward for the combatants. 5GW has three distinct characteristics, in accumulation to the way it develops the essential essentials of warfare: its ability to accomplish supra-combinations, smudge the borders that have historically limited warfare within a stipulated political or armed range, and bound the function of modern combined arms mechanized strength in a potential clash.

The opponent is using radicals and terrorists as a proxy for a thousands-cuts strategy within Pakistan. Any traditional war venture will be too expensive for Pakistan’s foes after Pakistan’s overt nuclearization. Pakistan has the following challenges in this regard:

Non-state actors, unlike in Fourth Generation Warfare, are no longer only proxies for a country but are the primary danger to its survival. Armed organizations or networks in the 5GW do not fight in the name of the state and are not under its authority. Non-state actors in Pakistan include Tehrik Taliban Pakistan, which has an anti-American goal as well as a sectarian agenda to operate within the country. It was founded in the aftermath of NATO’s post-9/11 operations in Afghanistan. IS-Khorasan is another NSA danger to Pakistan. The organization initially acknowledged itself a global caliphate, maintaining religious, political, and military control over all Muslims across the world. The actual degree of ISIS’ danger in Pakistan is uncertain, but a few recent examples show its presence in the nation following the US pullout from Afghanistan. Similarly, Pakistan has been threatened by sectarian strife since its beginning. The dominant Sunnis (almost 80%) and Shias (one-fifth of the population) are the primary challengers. The unfortunate element of this interaction is that everyone engaged acts violently in the name of their shared faith, Islam. As a result, intellectuals, scholars, and innocent worshipers have been killed across the country.

Pakistan’s political subversion is carried out primarily in five domains: diplomatic, economic, military, and nuclear. Hostile nations have launched a full-fledged diplomatic operation to destabilize Pakistan. The portrayal of Pakistan as a terrorist hotspot, Pakistan’s isolation, and Pakistan’s assistance for insurgencies in neighbouring countries are among the themes being promoted. In terms of economics, all-out attempts are on to derail the China-Pakistan Economic Corridor’s economic success by disseminating incorrect information about its course and creating a trust gap between provinces. Anti-state elements are waging a military campaign to drive a breach between the armed forces and the government. Pakistan’s armed forces are in a near-constant state of preparedness (alert). Terrorist assaults on the three services’ administrative setups are a continual concern, producing triple strain and exhaustion. Militaries all across the world strive to protect a country’s territorial integrity, but their battleground seldom becomes their own backyard. Fighting inside one’s own people has its own set of dangers and vulnerabilities. Efforts to present a idea that a non-nuclear Pakistan will be more serene, economically successful, and in harmony with its neighbours are also narratives against our nuclear asset. Despite Pakistan’s severe counter-proliferation procedures, the country is nevertheless seen as a hotbed of proliferation. Pakistan is still singled out for security worries despite having a robust and effective nuclear security system.

Psychological subversion is carried out by discouragement and instability, and numerous proxies are used against Pakistan in this area. Establishing Front Groups and infiltrating State Institutions are two interconnected forms of proxy operations. Front groups have been formed, and numerous religious organizations have utilized the humanitarian cover to promote their own goals. Furthermore, there are four steps of infiltration in state institutions: gathering information, spreading rumors, dishonesty, and finding talent spots to place operatives in significant organizations.

Pakistan must adopt both quick and long-term efforts to fight all of these Fifth Generation Warfare threats. Pakistan must establish a Multilateral intelligence-sharing Mechanism in the near future. Pakistan must promptly suggest that all of Afghanistan’s neighbours (Iran, Central Asian Republics, and China), as well as Russia, share anti-terrorist intelligence. The evolution of national strategy must occur in tandem with changing war-fighting patterns. Institutions must develop systems that provide continuous input, and independent think tanks are the ideal candidates for the job. Similarly, a concerted effort is required to ensure that all levels of government, military, and educational institutions, as well as diverse factions of society, are aware of the oncoming dangers to Pakistan. Workshops, seminars, and the inclusion of these important themes in syllabi can all help. Long-term initiatives include improving Pakistan’s external ties, which is the most significant long-term action. Media policy, rules, legislation, and communication instruments must support the protection of national interests while being independent and neutral. A legislative foundation for inter-ministerial collaboration, particularly at the political and expert levels, must be established. For properly calibrating and spreading Pakistan’s position in the international arena, where conflicting narratives struggle for and against a nation overwhelmingly, quality human resource development is required.

Finally, it is important to note that fighting has never been uniform from the dawn of civilization. Ways and techniques of doing it have developed and will continue to evolve via trial and error. The proliferation of social media and cyberspace, the efficiency of anti-state propaganda, ethnic and religious minorities’ grievances, sophisticated ways of operations, a decentralized and loose command and control structure, poverty, a lack of life’s growth opportunities, a lack of good educational facilities, ignorance of religion, hate speech, and intolerance of others’ viewpoints are some of the factors that foster Fifth Generation Warfare. Multiple threats and weaknesses give adequate ground for a fifth-generation war against Pakistan to continue. Academia and think tanks, both inside and outside the country, have begun to debate these issues in numerous disciplines. As a result, the process of realizing Pakistan’s threats has already begun and must be sustained. In a word, we must recognize that the dangers of fifth-generation warfare to Pakistan are genuine and complex in today’s globe. Developing countries like Pakistan will continue to struggle for peace, stability, and prosperity until a right understanding is achieved, followed by a comprehensive reaction.

Daniyal Khanhttps://timesglo.com/
The author is a student of International Relations at the University of Sindh, Jamshoro. He is fascinated by the constantly changing world and wants to explore the causes and ramifications of contemporary state interactions.