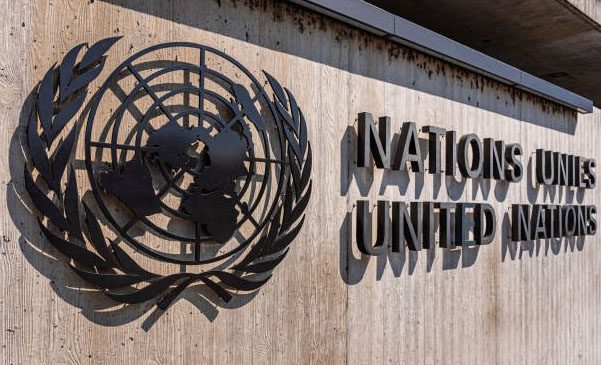 In 1956, the United Nations was established in reaction to the Second World War, with the goal of creating a more stable, safe, and peaceful world. If one goes back in history, there haven’t been many large-scale hostilities after WWII, with the exception of a few bilateral confrontations such as the Vietnam War, the Indo-Pak War, and the US intervention in Afghanistan. Despite the fact that the nature of war has changed from inter-state to intra-state, one might argue that the globe is more secure and peaceful now than it was before WWII. In this context, Ramesh Thakur observes that the United Nations has made the world a better and peaceful place than it would have been without it. However, given the current global situation, it would not be incorrect to assert that the United Nations has failed to perform its critical role in resolving both hard and soft security challenges.

The UN Security Council, as the most important organ of the UN, has the following powers and functions: to maintain international peace and security, to inspect any conflict or scenario that could lead to an international dispute, to recommend methods of resolving such disputes, and to develop strategies for the formation of a system to restrict armaments, to decide if a threat to peace or an act of aggression exists, and to urge members to impose economic sanctions and military measures against any aggressor, according to the UN Charter. Yet there have been certain events in world history where the United Nations failed to perform its peacekeeping duties. Among those dozens of events, ten major events are discussed below where the UN couldn’t solve issues that it was supposed to resolve since its inception.

Since the establishment of the Israeli state in 1948, Palestinians have just been fighting what a United Nations investigator previously described as “ethnic cleansing” by Israel. From 1947 to 1949, more than 10K Palestinians were killed, and 750K Palestinians had been compelled to flee their homes. Israel now controls more than 80% of historical Palestine. Additionally, despite numerous UN Security Council resolutions asking for a stop to such acts, it imposes a punitive blockade on Gaza and continues to build Jewish settlements on the stolen territory.

Despite numerous United Nations Security Council resolutions, the ongoing struggle in Indian-occupied Kashmir has turned into one of the greatest humanitarian disasters in the world, marked by arbitrary murders, abuses, incarceration of protestors, humiliation, and abductions of Kashmiris. After 1989, various Muslim organizations in Indian Occupied Kashmir gained momentum in their quest for either a union with Pakistan or an independent Kashmir. Over 70,000 individuals have been slain by Indian paramilitary troops since then. Moreover, the Indian government has unilaterally scrapped the special status of the Kashmir valley and since then the people of Kashmir are living in a military cage.

After the Vietnam War and the Cambodian Civil War ended in 1975, the Khmer Rouge regime took control of Cambodia and implemented ultra-Maoist measures to transform it into a communist country. Till 1979, the national politicians executed atrocities, killing 2 million people, or roughly a fifth of the population. The horrors perpetrated by the Khmer communist government were put to an end by the Vietnamese assault. Amid worries about humanitarian crimes, the United Nations Security Council welcomed the Khmer Rouge leadership.

The country has indeed been mired in a decade’s long civil war between competing tribes since the Somali Rebellion toppled autocrat Mohamed Siad Barre in 1991. The United Nations peacekeeping mission, UNOSOM, to supply relief aid to residents surrounded by civil conflict and hunger has stalled due to a lack of government communication and constant attacks targeting UN personnel.

The armed conflict in Rwanda between both the Rwandan Regular Army and the Rwandan Patriotic Front started in 1990 and continued for four years, rendering this one of the bloodiest racial mass killings since WWII. Within only 3 months, Hutus massacred roughly 80K Tutsis and assaulted nearly 250K females in Rwanda, while United Nations forces simply deserted the wounded or stayed by as spectators while the carnage unfolded.

Herzegovina and Bosnia proclaimed autonomy after a referendum in 1992. Following the declaration of independence, Serbs of Bosnia, with the help of the government of Serbia, pushed their soldiers into the land, beginning the conflict. The troops of Serbs under retired General Mladic slaughtered 8K males in Srebrenica in July 1995, the largest human slaughter on the soil of Europe since WWII. 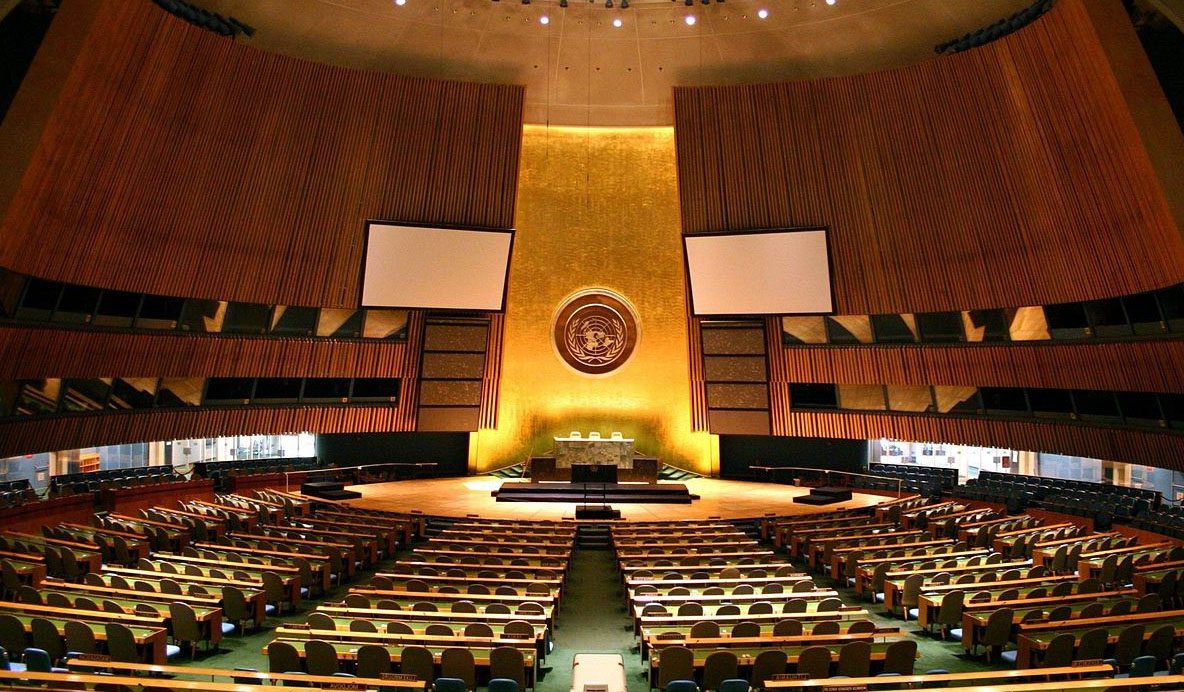 Since the US-led invasion in 2003, more than 1,000,000 people have died as a direct consequence of the violence in Iraq. Iraq has been left with political and economic instability as a result of the US invasion and government upheaval, making it vulnerable to ISIS terrorism in the upcoming decades. UNSC Resolution 1483 tried to legalize the incursion, which was performed on the fake premise that Saddam’s administration had Weapons of Mass Destruction, as said by the US and its allies.

In March 2011, the regime in Syria initiated a savage assault on nonviolent demonstrators who came to the roads, with President Assad vowing to “persistently confront fanatic forces”—reference peaceful demonstrators who supported democracy. The United Nations attempted to approve multiple resolutions to tackle the situation in the next year; however, Russia utilized its veto authority to protect its ally Assad at least a dozen times.

The situation of Yemen eventually turned into a civil war in 2014 when the Saudi-supported President Hadi and its supporters confronted the Iran-backed Houthi rebels. In 2015, the situation of war became more severe when the Saudi coalition initiated military operations and bomb attacks against the Houthi rebels. The alliance intervened in 2015, exacerbating the conflict and leaving the Arab world’s poorest state in a condition of catastrophe. Despite a siege placed on the war-torn country, the UNSC failed to deliver relief, shelter, and medications to the citizens of Yemen.

Myanmar began a huge military onslaught on the Muslim racial community on August 24, 2017, murdering almost 750,000 people, including children and women, and forcing many to escape to Bangladesh. China-backed Myanmar in the Rohingya crisis, blocking United Nations Security Council measures to help the Rohingya. 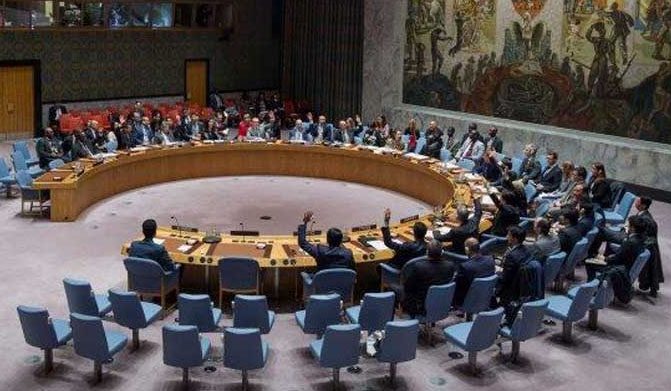 To summarize the entire issue, despite accolades from numerous experts that the UN has effectively prevented a Third World War, it is important to note that the United Nations has failed to prevent inter-state and intra-state wars, as well as perform its peacekeeping obligations. Because the worlds of 1945 and 2021 are not the same, the UN must be overhauled, with the veto mechanism abolished and decisions made by a majority. Although the UN is unable to operate impartially due to great global politics, the world would be more chaotic and unstable without it. Former UN Secretary-General Kofi Annan argues that sustainable and healthy societies are built on three main pillars: peace and security, sustainable development, the rule of law, and human rights respect. There can be no long-term stability without long-term development, and no long-term prosperity without long-term security. 10 As a result, the United Nations must be protected and nourished in order to benefit the people of the world.