World War I: Causes and Consequences 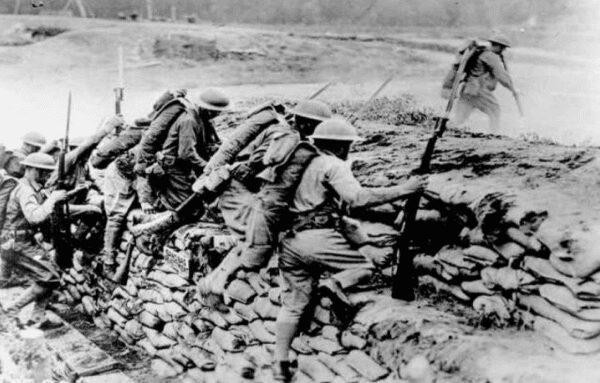 World War I: Causes and Consequences

World War I, also known as the War of Secret Alliance and the world’s first global conflict. Also called the “Great War” and “War to End All Wars.” The First War began on July 28, 1914, and ended on November 11, 1918.

It was extremely bloody and was fought between Allied Powers and the Central Powers. Here is the chart of those countries that fought in World War 1. 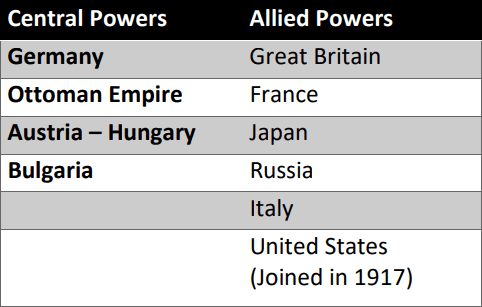 Cause of World War I

The list below provides an overview of the causes of WWI.

Nations signed treaties or defense agreements to protect each other if war broke out. European powers formed rival alliances to protect themselves.

Control or dominance over another country politically and economically. After 1870, the European nations started to acquire colonies in Asia and Africa.

Love of country and sacrifice for it. Extreme pride in your country but in WW1, nationalism became aggressive because every country in Europe wanted to be independent and most powerful.

The assassination of Archduke Franz Ferdinand

Archduke Franz Ferdinand was assassinated in Sarajevo on 28 June 1914 by Gavrilo Princip, a member of a Serb terrorist nationalist organization called the “Black Hand.”
And that was the immediate cause of WWI because Austria-Hungary blamed Serbia for Franz Ferdinand’s death and declared war on Serbia.

And so the war begins!

In the final analysis, we can say that WW1 was also known as the War of Secret alliance because in WW1 every country had secret agreements with other countries. Basically, aggressive nationalism became the reason for WW1 because every country in Europe wanted to be independent and every country wanted to be the best and most powerful so they began to acquire colonies and ultimately it led to World War 1.

So, World War I also became the reason for World War II because Germans believed that the treaty of Versailles treated them too harshly and imposed heavy reparations after WW1. So that was the major factor in the outbreak of World War II.