Problems of more than 2.5 Million Refugees and their status in IHL Uncovered 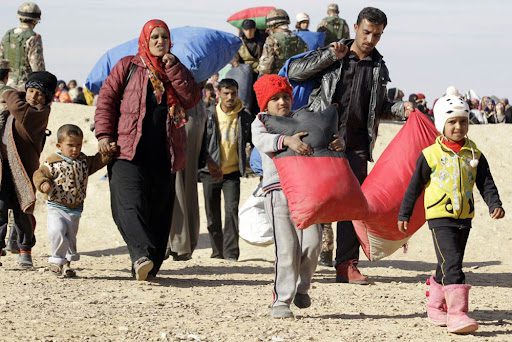 Problems of Refugees and their status in IHL

Conflict always has been a significant driver of population displacement, causing the largest and perhaps most spectacular transfers of refugees. The “Convention Governing the Specific Aspects of Refugee Problems in Africa” affirms the interpretation of refugees in the Refugee Convention, which states that “every person who is compelled to leave his place of habitual residence because of external aggression, occupation, foreign domination, or events seriously disturbing public order in either part or whole of his country of origin or nationality, to seek refuge in another place outside his country of origin or nationality”. Around 2.5 million refugees are being supervised by the UN High Commissioner for Refugees (UNHCR), with more than half of them residing in Europe. Of the approximately 300,000 refugees who did not have the alternative to deal with the problem of their unrestricted existence at the start of this year, 70,000 are still living in precisely 200 camps in Germany, Austria, Italy, and Greece, and maybe in the range of 15,000 are sick for financial inclusion anywhere, either because they are too much old or for some other reason. Beyond Europe, there are still unresolved challenges, such as scattered groupings of exiles in Lebanon, Syria, Jordan, and Egypt throughout the Middle East. Furthermore, according to UNHCR, Pakistan and Iran have the greatest concentrations of Afghan refugees, with approximately 1.4 million and 780,000, respectively, as of mid last year. Before the Taliban assumed control of Afghanistan, border checkpoints were closed, but they were eventually partially restored. In the contemporary world, International Humanitarian Law has a major role to play as far as the problems of refugees are concerned. They both cannot be divided from each other as the international humanitarian law is only applicable during war or conflict-like situations, where it is supposed to protect the refugees from various damages.

According to the UNHCR, almost 80 percent of those arriving in Europe by the sea in 2015 were from the top global refugee-producing countries. Almost 50 percent were Syrians, 15 percent were Afghanis, 6 percent Eritreans, and 4 percent Iraqis, all of which are under conflict or in a humanitarian crisis.

The observation of many renowned scholars has time and again proved that International Humanitarian Law has failed to secure the rights of refugees and mitigate their sufferings throughout its history. Their arguments are based on the sufferings of 70.8 million people far and wide who have been compelled from home by battle and oppression after 2018. Among them are just about 30 million displaced people, over a bit of whom are more youthful than 18. There are also a large number of stateless people, who have been denied nationality and permission to fundamental rights, for instance, guidance, clinical administrations, business, and a chance of advancement.

The challenges, complications, and delays in the processes of obtaining refuge and associated authentic documents from UNHCR and community professionals, as well as the real consequences of not possessing them, are emphasized by evacuee youngsters.

2. Trouble in getting to quality learning, instruction, and abilities building opportunities

Youthful exiles reliably recognize the trouble of getting acknowledgment for their current capabilities as a genuine test. Getting to quality learning, formal instruction, and aptitude building openings are additionally repetitive issues.

Youthful displaced people note that separation, prejudice, and xenophobia across all districts leave them feeling segregated and underestimated.

4. The dearth of employment and job opportunities

Displaced person adolescents underscore they would prefer to work than rely upon philanthropic guide and express disappointment at the restricted business and vocation openings accessible to them.

5. Gender disparity, separation, misuse, and viciousness, including for LGBT

Youthful outcasts feature worries about sex imbalance and separation as difficulties all by themselves yet in addition as hidden reasons for sexual abuse and sex-based viciousness (SGBV).

Outcast adolescents feature an absence of admittance to quality medical services as a significant concern and especially note the requirement for youth-touchy sexual and regenerative medical care and psychosocial uphold.

7. Absence of Safety, Security, and freedom of movement

Displaced person adolescents express worry about wellbeing, security, and opportunity of development connected to xenophobia and their trouble getting reports.

Displaced people pressure the particular assurances and down to earth difficulties for unaccompanied youth, including the troublesome progress and an absence of groundwork for the individuals who turn 18, along these lines “age out“, and are not, at this point managed the cost of extra security and backing, however frequently still need direction and help just as admittance to rights and insurance. 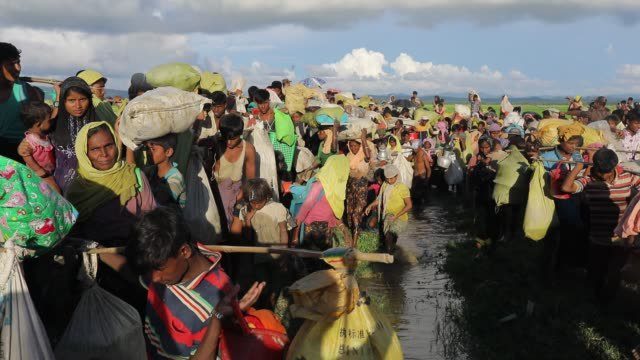 International Humanitarian Law offers refugees who wind up in a state encountering outfitted clash two-layered protection. To start with, given that they are not taking an immediate part in conflict, as regular folks displaced people are qualified for assurance from the impacts of war. Besides, notwithstanding this overall security, humanitarian law awards displaced people extra rights and insurances taking into account their circumstances as outsiders in the region involved with contention and their ensuing explicit weaknesses.