WRITE FOR US
HomeSecurity
Security

Is the World Moving towards World War 3? 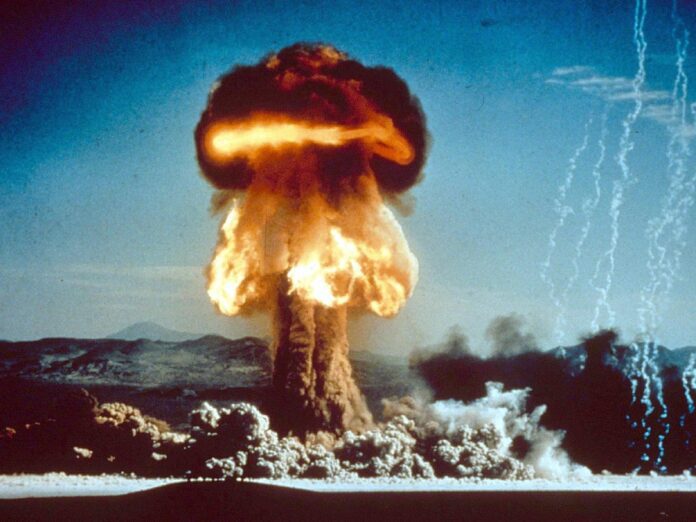 Almost forty million people, including military personnel and civilians, lost their precious lives during world war1, whereas seventy million casualties recorded as the outbreak of the second world war, claimed as the deadliest war of the era.

The dilemma of power or superiority among multipolar global scenarios turned the peaceful world into bloody pathways within the period of almost seventeen years (1914 -1995), leaving the world in a helpless condition.

Even after such deadliest and deteriorated global conditions and failure of Nation Leagues, the tug of war began between two victorious rivals, the Soviet Union and the US, and the era marked as the era of “Cold War ” (1945-1990). Usage of nuclear war was strictly banned in this category of war as the world had already paid the high cost of previous great world wars claiming the lives of billions of people worldwide. However, the cold war began as non-conventional warfare but segregated the whole world. As a result, proxy wars where underdeveloped and less influential states became the fighting weapons for these two socialist and communist ideologies warring to attain bipolar status.

Although the Cold War ended in 1990, a peaceful environment is still absent. Even after such deadliest wars, which scattered the world into multiple disparities, including loss of precious lives and extreme economic crises around the globe, some nation-states are still in a warring situation for the impulsion of power by the annexation of the particular state. In the current scenario, global politics face three major territorial crises: Palestine-Israel conflict, Kashmir issue conflict and the ongoing conflict between Russia and Ukraine.

Israel is the only Jewish state globally, and it is positioned just east of the Mediterranean Sea. Palestinians, the Arab population of the country now controlled by Israel, refer to it as Palestine and desire to establish a state under that name on all or part of it. Who gets what land and how it’s governed is at the heart of the Israeli-Palestinian conflict. Even though Jews and Arab Muslims have claimed the territory for thousands of years, the current political struggle dates from the early twentieth century. Jews escaping persecution in Europe desired to build a national homeland in the Ottoman and later British Empire, which Arabs and Muslims dominated at the time. The Arabs stood firm in their belief that the country was properly theirs. An early UN plan to divide the region among the various groups failed, and Israel and the surrounding Arab countries fought many battles over the territory. The results of two of these battles, one in 1948 and the other in 1967, are mainly reflected in today’s borders.

Kashmir has always been a source of contention since Pakistan’s establishment in 1947. Both countries have a lengthy relationship with Jammu and Kashmir. Pakistan and India are two independent countries with a significant conflict over Kashmir. Several wars have erupted between India and Pakistan over the Kashmir issue.

Right after partition, Pakistan and India struggled for Kashmir; at the time, the Muslim majority kingdom was controlled by Hindu sovereign Maharaja Hari Singh. On October 26, 1947, Maharaja chose and stated his intention to join India, disregarding the majority of people’s opinions and the state’s succession. Pakistani tribe members have initiated an armed fight to free Kashmir from India, including native Kashmiris. India used its regular forces to fight back to maintain control of the situation. As the unrest grew, Pakistan’s leadership felt compelled to intervene as a go-between and dispatched troops, sparking the first conflict between India and Pakistan over Kashmir.

In September 1965, the second conflict over Kashmir broke out. Unlike the first war, this one had a different background, and the reason for that was China’s victory over India in 1962. On the other hand, Pakistan’s military had developed due to absorbing Western military gear, and the country eventually gained control of India in 1965. The agony in Kashmir was growing for various reasons, including India’s leader Jawaharlal Nehru’s death in 1964, which had a significant impact on the country’s political climate.

The election in 1970 sparked the conflict of 1971. The Awami League swept the polls in East Pakistan, securing most seats. The followers of the Awami League resorted to violence and instigated a revolt in the country after their powers were not transferred by 1971, as promised. To end the insurrection, the central authority retaliated by conducting a military crackdown. India intervened, causing the situation to spiral out of control, resulting in a third war between India and Pakistan. India defeated Pakistan, losing its eastern wing and imprisoning more than 90,000 men.

From May through July 1999, the Kargil battle raged, which was limited to a small geographical area. Because it was a crucial factor in the nuclear exchange, the Kargil war received a lot of attention on a global scale.

The Kargil issue consumed diplomatic achievements and goodwill when Indian Prime Minister Atal Bihari Vajpayee visited Lahore in February 1999. The world’s focus swung away from India’s human rights breaches and toward Pakistan’s cross-border intrusion. It was considered that the Kargil expedition had hurt the Kashmir cause.

Ukraine is a country around the size of Texas, sandwiched between Russia and Europe. It was a member of the Soviet Union until 1991. Since then, it has been a less-than-perfect democracy with a sluggish economy and a foreign policy oscillating between pro-Russian and pro-European positions.

This all started with an internal Ukrainian crisis in November 2013, when President Viktor Yanukovych rejected a plan for closer integration with the European Union, prompting large protests that Yanukovych tried to put down with violence. In the crisis, Russia backed Yanukovych, while the US and Europe supported the demonstrators.

Several significant events have occurred since then. In February, anti-government protests ousted the government, forcing Yanukovych to flee the country. To reclaim its lost influence in Ukraine, Russia invaded and annexed Crimea the next month. Pro-Russian separatists began capturing territory in eastern Ukraine in April. On July 17, the rebels fired down Malaysia Airlines Flight 17 by accident, killing 298 people. Fighting between the insurgents and the Ukrainian military became more intense, the rebels began to lose ground. In August, the Russian army invaded eastern Ukraine openly in support of the rebels. All of this has driven Russia’s and the West’s relationship to its lowest point since the Cold War. The Russian economy is on the verge of collapse due to sanctions, and more than 2,500 people have been killed.

Much of this can be traced back to Ukraine’s centuries-long Russian dominance. Ukrainians who see Ukraine as a part of Europe and those who see it as inextricably linked to Russia have split the country more or less evenly. A political crisis within the government due to such disagreement may have been unavoidable. Meanwhile, Putin is promoting an imperial-revival, nationalist worldview in Russia. Ukraine is seen as a part of bigger Russia and a victim of ever-increasing Western hostility.

According to the famous saying, “History teaches us that man learns nothing from history.” The details mentioned above have already explained this saying from a broader perspective. Besides tremendous losses, including human loss and economic loss for more than a century, a few autocratic states are still indulging in aggressive tactics which could result in disastrous war again. The promotion of a realist scenario for the sake of power concerns only to shatter the world again, as it happened a century ago. To save the world from such sufferings, there is an urgent need to promote liberalist approaches around the globe as it denies realist approache that is all about power attainment and self-interest. Fighting for self-interest only provokes conflicts within the particular region.

In contrast, cooperation which is the central theme of the liberalist approach promotes harmony among the nations and states worldwide. The world has already gone through the deadliest scenarios; therefore, there is a time to realize that conflicts only result in destruction, whereas negotiations and peace talks between two conflicting parties are the only way to save the world from horrible historical events. All these three ongoing conflicts might trigger World War 3, again dividing the world into multiple blocs. To resist such circumstances, the hour demands global cooperation by peace promoters, actors and liberalist movements to promote harmony and an optimistic approach everywhere.

Maira Mazhar
Maira Mazhar is an IR graduate who works as a freelance content writer, scriptwriter, and social media manager. She can be reached at mairamazhar58@gmail.com.