A Complete Guide to Parliamentary and Presidential Forms of Government 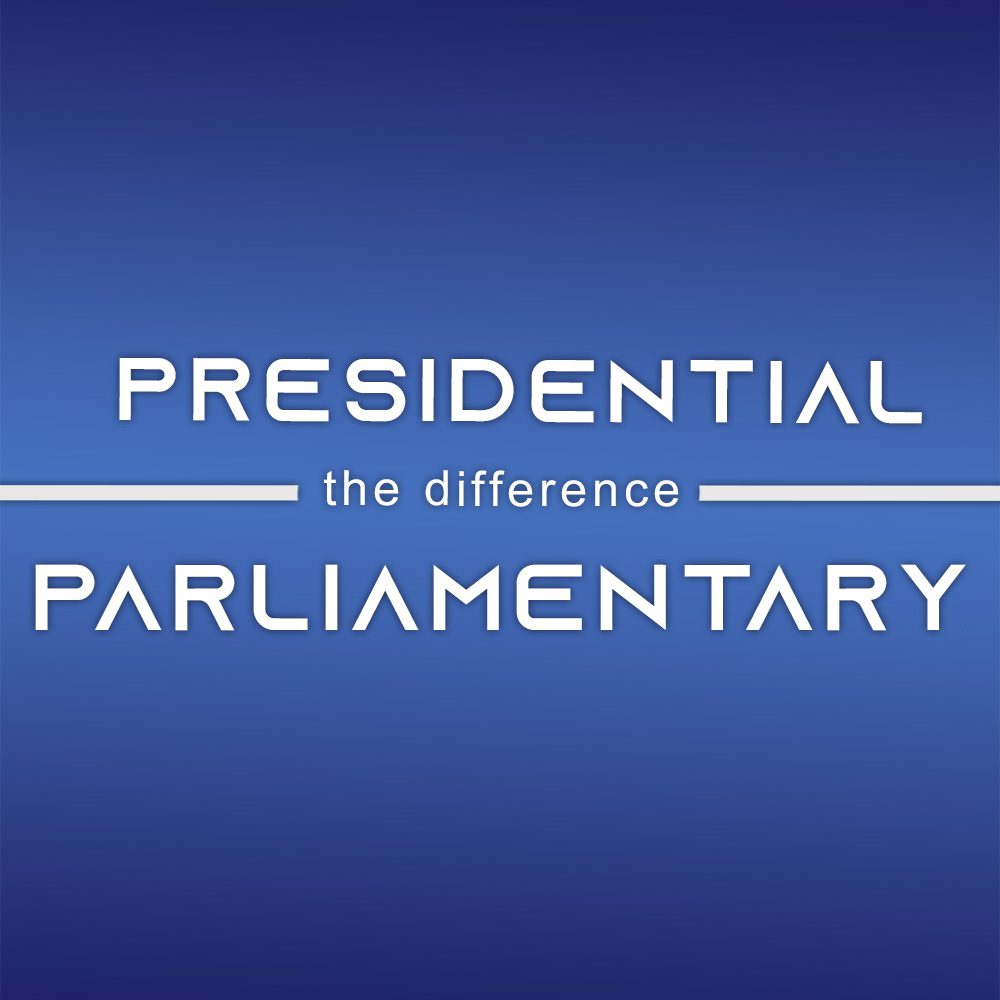 A state, mainly a democratic state, is a complex unit of multiple organs that are majorly responsible for the smooth working of the state’s domestic and foreign affairs. All these state organs are named as the administrative system of the country, which is divided into different forms of government among which the Parliamentary government system and Presidential System are the most common forms of government.

The reason behind this popularity among nation-states is their working mechanism including all internal and external functions of the state. As the term “Democracy” promotes liberty, freedom of expression where a polity of the states is designed to serve its nation’s interest, these two systems serve as the strongest administrative organs of a democratic state.

Still, apart from the numerous merits of the Presidential system and the Parliamentary system, these two governance bodies encounter a significant number of demerits that directly impact the overall state’s governance structure.

The Prime Minister or Chancellor is declared as the head of the state, whereas other high-ranking members of the party build the cabinet.

The minority party in the system is usually assigned to challenge the majority party. If no party wins a majority in the election, a coalition government will be formed with the cooperation of a few political parties.

In the Parliamentary System, all of the power and decisions related to the state are taken and decided in Parliament. The head of the government is chosen from the parliaments, usually the most senior member or ministers from the Parliament.

Moreover, In a parliamentary system, the country usually has a Head of State who serves as a ceremonial figure similar to the Queen but is not involved in legislation or politics.

The parliamentary government system originated from Great Britain; since then, many countries, including European and Asian countries, followed the same regime, including Germany, Australia, Canada, Japan, Italy, and New Zealand.

The Parliamentary System consists of some unique features, which run and develop the overall political environment of the state.

Features and Merits of Parliamentary System :

1. Formation of Cabinet:
After the declaration of general elections results, the Prime Minister forms a cabinet by nominating his council of ministers. The list of nominated ministers is presented in front of the newly elected Prime Minister, who usually belongs to the party’s ring leadership. Responsible, honest, and well-experienced members are given preference because of the sensitive nature of the Parliamentary System.

2. Team Work Spirit :
Teamwork is the essential factor of a parliamentary system where all ministers work under one umbrella. They all have to agree on an issue in cabinet meetings. There is no room for different opinions in the cabinet meeting room. In short, all the cabinet members are on the same boat, and they either swim together or sink together.

3. Supremacy of Premier:
In a parliamentary, the Prime Minister is extremely powerful and wields much too much authority. He is the leader of the house in the legislative and the leader of the council of ministers in the executive branch.

The Prime Minister is in charge of appointing, removing, and allocating portfolios to his ministers and overseeing their operations. He serves as a link between the government and the President. The council of ministers must also resign as a result of his resignation. In the galaxy of stars, the Prime Minister is like a bright moon.

2. Cabinet Dictatorship:
Lord Herbert says the Cabinet system is “The New Despotism”. With the support of the majority in the lower house of the legislation, the cabinet ministers act as cabinet dictators, authoritarians, and irresponsible parts of the parliamentary system government. They have nothing to do with the feelings and opinions of the opposition.

3. Partisanship:
Political parties in a Parliamentary system are directed more by partisan motives than by national or people’s interests. I see the ruling party and the opposition as adversaries. While the verdict party rarely sees any merit in the opposition’s criticism, the opposition frequently opposes the government.

A presidential system is a form of governance in which the President serves as the top executive and is chosen by the people directly. All three parts of government – executive, legislative, and judicial – are constitutionally separate, and none of them may dismiss or dissolve the others.

The President is in charge of enforcing laws, the legislative is in order of making them, and the courts are in charge of deciding on them. Each is granted specific powers to keep the others in control.

The Presidential system is not like the Parliamentary system where Parliament elects the head of the state. In the Presidential System, the state president is elected by the state inhabitants who are accountable to them with the significant responsibility to serve their interests.

The Presidential System of the United States is the world-famous governance system that has been deployed since the inception of the country and is marked as exemplary for a successful presidential system.

One of the prominent features of the United States government system is the system of check and balance on all three organs of the government structure, which includes legislature, executive, and judiciary to ensure the proper functioning of all three according to the public’s interest and demands.

Features and Merits of Presidential System

Unlike the cabinet system, in the presidential administration system, each individual is responsible for their acts, leading to their resignation rather than that of the entire cabinet.

One of the critical advantages of the presidential system is that there is a clear separation of powers among the three branches of government, which inhibits power abuse because power corrupts and absolute power corrupts.

The presidential system of governance is more democratic than the cabinet system of government. For example, the President is elected by the people, and members of the legislature are free to vote based on their preferences rather than party loyalty or whims.

One of the drawbacks of the presidential system is that it is costly to operate. This is due to the merger of the executive and legislative branches.

2. It leads to a high rate of corruption

Lobbying, a feature of the presidential system, is perceived by some legislators as bribery, so legislators must wait to be bribed before passing any bill introduced by the President.

3. Controlling the President is challenging

It may be difficult to control him because he is both the head of state and government. Another reason for this is that he is not accountable to the legislature.

Parliamentary System Vs Presidential System: A Case Study of Pakistan :

Pakistan has a long history of political instability, corruption, and poor governance. Pakistan has faced all these scenarios since its inception and, unfortunately, continues to do so. Both of these kinds of governance have existed in Pakistan, from presidential control during martial law through multiple parliamentary governments.

In Pakistan, the Parliamentary system solely benefits mafias, feudal lords, and power grabbers. It never satisfies the general public’s rights and interests, which is the primary cause of Pakistan’s political instability, as government officials are unconcerned about the public’s demands and interests.

Pakistan’s legislative system is based on power and control. Pakistan’s presidential system was crucial during its tenure in power.

According to some facts and past events, the overall state of the country in terms of health, education, and political stability were far better and more stable than during the country’s parliamentary rule.

Pakistan is a diverse country with a diverse range of cultures, religions, and ethnic groupings. The governing system, whether parliamentary or presidential, should prioritize serving the interests of all citizens. Every Pakistani citizen has the right to political representation and information.

In conclusion, rather than focusing on power and position, it is necessary to comprehend these political problems.

Only strong administration, a visionary leader, and the state’s political system can ensure that the state is prosperous and free of corruption.