WRITE FOR US
HomePolitics
Politics

The Populist Threat to Liberal Democracy 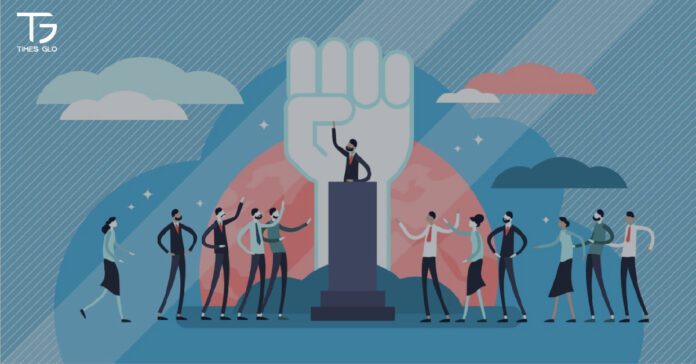 Populism becomes a danger to liberal democracy when it seeks to violate  the rights of political, racial, religious, ethnic and other minorities.

Populism can be defined as an ideology that presents “the people” as a morally good force and contrasts them against “the elite,” who are portrayed as corrupt and self-serving. Populism refers to the popular engagement of the population in political decision-making. In short, it refers to an ideology that considers society to be ultimately separated into two homogeneous and antagonistic groups, “the pure people” versus “the corrupt elite”.

Historically, the term populism first appeared in the US between1891 and1892. In the 1960s, it began to be used in Europe. But during the second half of the 19th century populist movements were started by the People’s Party in the U.S., Narodniks in Russia, and Boulangism in France. In the 20th century, populist movements also emerged in Latin America and Western Europe. In the 21st century, we are witnessing the growing trend of populism in the US, Europe, India, and mostly in the Muslim world.

The election of Donald Trump as president of the US, and the UK’s exit from the European Union in 2016 indicated the signs of rising populism. However, in recent decades, populism has become increasingly widespread and influential. In Europe, populist parties have increased their electoral support from around 7% at the end of the 1990s to more than 25% in 2018. During the same period, the number of Europeans living in a country with a populist party in government increased from around 12.5 to 170.2 million. This growth is largely due to right-wing populist parties, including Fidesz in Hungary, Lega in Italy, and the Freedom Party in Austria. Beyond West and Europe populist movements and populist parties have grown and succeeded in India, Africa, East Asia, the Middle East, and Australia.

“For much of the 20th century, the main threat to liberal and democratic societies came from militant and totalizing ideologies: fascism and communism, or revolutionary socialism”, writes Will Marshall (left), President of the Washington-based Progressive Policy Institute.  Today, on the global level once again liberal democracy is facing many challenges from populist movements and its leaders who consider liberal norms and policies to be harmful.

In Europe mostly the economic hardships and growing refugee crisis were used by the populist leaders to manipulate the people so as to attain power. According to a survey, for the past 12 years, more countries have moved away from liberal democracy than towards it. Across the West, populist newcomers have taken on tremendous power in an astoundingly short span of time. And in many of the countries in which populists have gained power, from Hungary to Turkey, they do seem to be inflicting serious damage on the institutions. Needless to say, Democracies need to sustain themselves. The standard narrative is that the rise of authoritarian populism poses a new and especially dangerous challenge to the stability of liberal democracy. Studies reveal that before the growing trend of the populist movement, “the overall number of countries that are democracies remains near an all-time high: in 2007, often marked as the year when democracy was at its highest globally, Freedom House ranked 48 percent of countries as “free”; in 2017, Freedom House still ranked 45 percent of countries as “free”.

The populist leaders are so different from each other that it seems to make little sense to group them all together. Venezuela’s late President Hugo Chávez, for example, claimed to stand up for traditionally disadvantaged groups and promised to expand the welfare state and take the fight to multinational corporations. Brazil’s President-Elect Jair Bolsonaro, by contrast, promises to curtail the welfare state and attract more investment to the country and has quickly become infamous. Even the identities of the minority groups targeted by populists can differ wildly, both from movement to movement and from country to country: while populist leaders like France’s Marine Le Pen have historically targeted Muslims, others, like Turkey’s Recep Tayyip Erdoğan, have targeted non-Muslim minorities and Modi also in India targeting Muslim minorities.