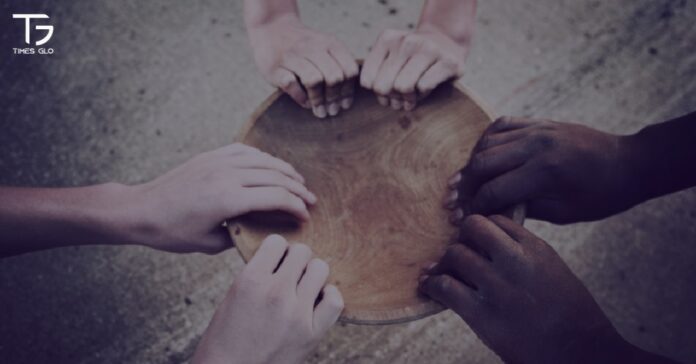 This paper will focus on the state of food security in Pakistan and highlights challenges and prospects .

Pakistan is the fifth most populous country in the world with a population of about 220 million. In the absence of any viable agricultural and food security policy, Pakistan has become the most vulnerable country to food insecurity.  In 2021, Pakistan ranked 92 out of 116 nations on the Global Hunger Index (GHI), indicating a “serious” level of hunger. In the absence of any serious policy efforts by successive governments to address overpopulation which is projected to cross 403 million by 2050, food insecurity threatens to precipitate resource conflict and civil war in the years to come. As an agrarian country, it is ignominious for Pakistan to be a food insecure nation. Even Sri Lanka and Bangladesh had outshined Pakistan in the Global Hunger Index. According to the International food security assessment 2021-31, by the US department of agriculture, 38 percent of the population of Pakistan would be prone to food insufficiency. These grim facts and figures necessitate that the government along with other relevant stakeholders introduce agricultural reforms in line with the newly adopted National Security Policy that is believed to be citizen-centric.

Although agriculture is considered as the backbone of Pakistan’s economy, in reality it is one of the least developed sectors in the country. Agriculture constitutes 18.2  pc of Pakistan’s GDP and employs 42.3 percent of the labour force of Pakistan. When it comes to land reforms and agricultural development programs, hardly any government in Pakistan seems to have realised the urgency. Thus, turning a blind toward this crucial sector has brought Pakistan to the brink of food insecurity. Unfortunately, despite the fact that Pakistan is bestowed with large swaths of fertile land and conducive weather conditions for agriculture, it has been struggling to meet its own food consumption needs let alone producing surplus agricultural products to boost its economy.   On the contrary, the situation is becoming grimmer because Pakistan has now become a net importer of food. The country imports wheat every year. The government has announced plans to import 2 million tons  of wheat from Russia this year.

There are a lot of factors that are contributing to the fettered growth of agricultural products. Given that most Pakistani farmers are illiterate, they are not well aware of modern and scientific ways of farming. They are not synchronised with modern trends of farming. In addition, they remain deprived of subsidies provided by the government on fertilisers and seeds due to lack of awareness and knowledge. . Subsidies on fertilisers and seeds are mainly pocketed by already well-off farmers. This is the duty of the government to provide basic education on farming to farmers.

To make matters worse, climate change is diminishing food productivity. Due to global warming, food production is decreasing every year.  Research on the issue reveals that food productivity in Pakistan would decrease by 3 to 4 per cent every year due to a surge in temperature. The extreme weather patterns due to climatic change is yet another major concern taking a toll on agricultural productivity. Unexpected storms and rain perturb farmers and undermine their efforts. To address the issue, the government must introduce climate-friendly agriculture in Pakistan and educate farmers about this.

Conventional farming is the biggest problem in agriculture in Pakistan. There are orthodox means of cultivation and harvest. There is no development and research in the agriculture sector due to the lack of funds allocated by the government. There is the unavailability of High Yielding Variety (HYV) seeds to the farmers. They invest more and yield less. The less advanced seed results in low productivity of crops and more vulnerability of crops to diseases. The agriculture sector in developed countries is highly advanced. From a small piece of land, they are getting surplus production. Pakistan must study and adopt the agricultural model of highly developed countries. .

The agricultural sector suffers from backwardness due to corruption and poor governance. Regrettably, last year a shortage of Urea fertilisers was created at a time when it was much needed. Baton charge was used on the farmers when they geared up in lines to get fertilisers. It was a blatant act of violence against the farmers.  Instead of providing subsidies on fertilisers the government resorted to harsh measures.

The government has not explored the agricultural potential of the country. 1.4 million hectares of land remains uncultivated in Pakistan due to the above-mentioned problems. There is scattered and fragmented land due to modern technology that can not be applied. Most of the farmers have 2 to 3 hectares of land due to which modern technology can not be applied as it is used in large parcels of land.  The government should use a mechanism to bring this huge chunk of uncultivated land into cultivation to increase food productivity.

The government of Pakistan must prioritise the agriculture sector because it is the lifeline of Pakistan’s economy. It should allocate more funds to research and development so as to develop agriculture and facilitate farmers. Food security is intertwined with food production.  A highly developed agriculture sector would generate surplus food, boost the economy and mitigate the food crisis in Pakistan. As statistics of food security are already alarming in Pakistan, the government should not turn Nelson’s eye toward agriculture.

The writer is an undergraduate student of the International Relations at Quaid-e-Azam University, Islamabad