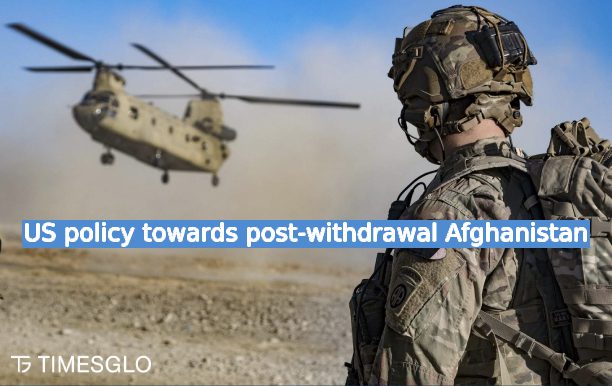 The US policy towards Afghanistan in the future will be focused on diplomatic ties with the Taliban government.

After the abrupt departure of NATO forces in August, the future of Afghanistan is murkier than ever. It strives to enforce stringent religious and social rules of conduct on the Afghan population. The Taliban has unparalleled governance obstacles. They have a shattered economy and rising internal security concerns.

While the United States does not recognize the Taliban government, practical concerns about the country’s security and humanitarian condition pose the issue of how Washington might deal with the Taliban in the future.

The departure of NATO forces from Afghanistan caused waves that eventually reached coasts both visible and invisible. It will be necessary for the United States to devote the policy resources necessary to handle four critical issues.

The government should commit to provide a public accounting of its successes in these areas. It is inevitable that these initiatives will attract the attention of partisans and the media.

The Biden administration has said on many occasions that it would be “vigilant” on the abuse of women and girls. Ironically, the next months may be the time when Western influence on the Taliban will be most crucial. This is because the Taliban will be looking for the political space. And also financial resources necessary to strengthen their grip on power.

There was a short outbreak of anti-Taliban demonstrations in Kabul. This highlighted the fact that Afghans are eager to fight for their nation. The son of late Ahmad Shah Massoud, is now leading a fledgling armed resistance movement, despite its unclear future.

Its continued existence is by no means guaranteed, in fact, it may be quite improbable. But this kind of resistance will scare the Taliban. It’s feasible that we can use this time to secure agreements that connect the distribution of assistance to evidence-based evaluations of how far we’ve come.

The Unified States and Europe should dispel any notion that the West is no longer united or dependable. For such an endeavor to be successful, it will first have to overcome the partisan politics of the United States. There is also the cautious nature of Europe. It will take some time to rebuild trust. Words on their own will not be enough to overcome this obstacle.

After the withdrawal, there will be little time for the Biden administration to build a plan for post-withdrawal foreign policy. It is possible that the strategy may grow in reaction to new difficulties. In any event, the next months will feature multilateral meetings. During which friends and enemies will measure the United States’ leadership in a post-withdrawal world during a time when Washington is keen to face other concerns.

During a time when US policymakers are moving counterterrorism resources to handle domestic extremist issues, China, Russia, loosely linked terrorist groups in Africa and Asia, and cyber actors from throughout the globe, the counterterrorism objective has merely grown more challenging.

As was the case in the past, achieving success will need collaboration with partners from foreign countries. A regional effort to identify extremists moving to and from Afghanistan, prohibit private financing from the Taliban or Afghan-based militants, and gather information on the burgeoning terrorist infrastructure in Afghanistan might be an early priority.

It will be necessary to engage in both public and private diplomacy. Tehran and Islamabad need to be aware that they would be subject to diplomatic and economic isolation if they continue to enable foreign jihadists to traverse their land to and from Afghanistan in the same manner that they did before to 2001.

The choices to get out of Afghanistan and reach a nuclear agreement with Iran greatly worsened existing party differences in Washington and disturbed allies in other nations. Adversaries must relish a U.S. policy-making dynamic in which any administration believes it can make foreign policy agreements more easily with the Taliban and Tehran .

To be successful in diplomatic endeavors, one must be willing to make unpleasant compromises, and no agreement will be faultless. Restoring bipartisanship will be a lengthy and tough effort. However, President Biden and his administration owe it to the people of the United States to provide the necessary level of leadership to handle this critical issue, and his legacy ought to be evaluated in accordance with this expectation.

President Joe Biden took his seat in the Oval Office with the jubilant proclamation that “America is back.” Whether this allegation is true or not, the choice to leave from Afghanistan has created a dynamic in which it is doubtful, and because of this, it is essential that the United States show its commitment to partners and collective security.

Since John F. Kennedy gave his famous address in 1961, much has changed in the globe; yet, the need for collective security and the potentially disastrous effects of a contentious approach to foreign policy have not diminished.

read more: US Has Faced Multiple Shootings In 2022