US Has Faced Multiple Shootings In 2022 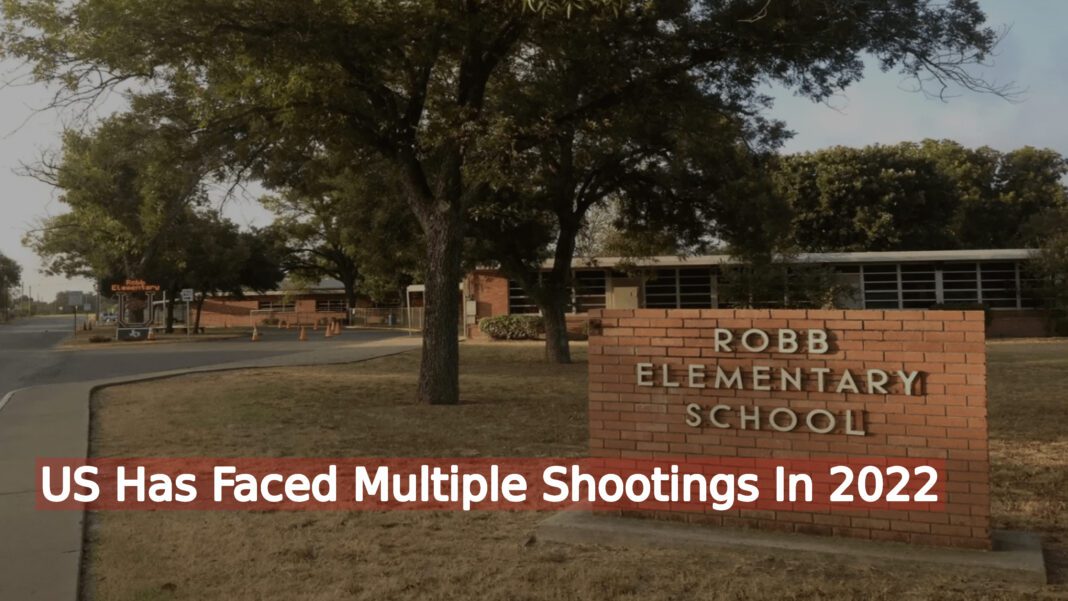 What Is Gun Voilence Archive (GVA)?

This incident took place on May 24 and was among the deadliest shootings in the country so far as of 2022. This shooting happened ten days after the 10 people were shot dead in a supermarket in Buffalo. Law enforcement officers have identified the gunman as an 18 years old Salvador Ramos.

He was a student of Uvalde High School in San Antonio. Law enforcement officers shot Salvador dead. In addition to, Salvador’s social media post also indicated the school shooting. On the morning of the shooting he messaged an individual on Facebook informing him about the attack. The message reads: “I am going to shoot an elementary school.”

On that day before the school shooting, he first shot his grandmother to get access to the family truck to drive to Robb Elementary School. Salvador’s grandmother then called the police. He then drove to the school, headed inside, and shot 19 students aged between 9-11 and two teachers. Further investigations find out that Salvador Ramos has bought 1000 rounds of ammunition. Along with that a two AR-15 rifles two days ahead of his 18th birthday.

Uvalde district police officer Erick Estrada while speaking to CNN told that he saw Salvador coming from a vehicle and he was carrying a rifle and was wearing body armor. He found him suspecting but was not able to stop him. Erick Estrada further said that two other officers from the Uvalde Police Department also tried to stop Salvador. But they were not able to do so.

Victims Of The Texas Mass Shooting

Amerie who was a student in Robb Elementary School, his father Angel Garza confirmed the death of his daughter on Facebook said: “My little love is now flying high with angles above. Please don’t take s second for granted. Hug your family and tell them you love them.”

The first shooting that happened in the United States in 2022 was in Milwaukee on Sunday, 23 January. 6 people were shot dead among them were 5 men and 1 woman. Apart from that, early investigations suggests that this is target killing. On May 13, Friday an the attack took place in Milwaukee. 16 people gets wounded by the gunfire.

Shooting At Medical Building In Tulsa

The recent shooting in the United States was on Wednesday, June 1. The Incident took place at a medical office building in Tulsa, Okla. A young man carrying a handgun and rifle opened fire in the building killing 4 people and injuring several others. The Tulsa Police Department also reported that the gunman shot himself.

Captain Richard Mukberg from Tulsa Police Department said that this was not a random attack, the gunman deliberately chose to come here and his actions were intentional. The police officials were informed about the shooting at 4:52 pm.

Education Week is a news organization that has been covering K-12 education since 1981. It has its headquarters in Greater Washington DC, Bethesda, and Maryland .Editorial Projects in Education (EPE) owns the Education Week. Education Week has been trailing the school shootings since 2018 and has reported a total of 119 such incidents since then.

After the Texas shooting, The House Judiciary Committee held a hearing to advance legislation that would raise the age limit from 18 to 21 for buying semi-automatic centerfire rifles. Moreover, Protecting Our Kids Act, a legislation by Democrats proposed amidst the pressure to restrict the law after the Uvalde shooting.

Measures To Stop The Shootings

President Joe Biden’s administration has also been taking measures against the recent mass shootings in the country, measures to stop the (ghost gun) firearms bought in parts and assembled by buyers. The President however, has not implemented any actions for checking the background of the gun buyers or ban on assault rifles. The Second Amendment to the United States Constitution guarantees the right of American citizens to keep arms.