What Does a Politician Do? 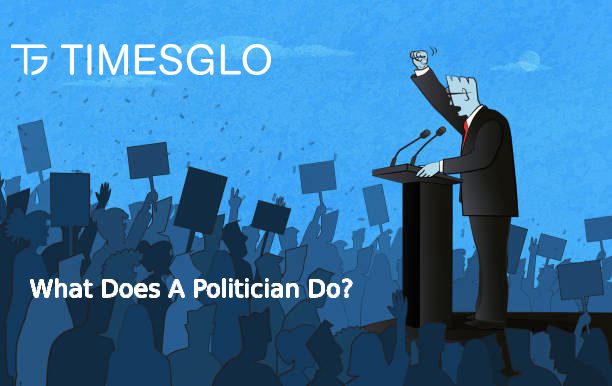 A politician is a person who is involved in politics. To become a good politician… do campaigns, take part in local politics .Responsibilities of a politician.

What Is a Politician?

How to Become a Politician

To become a politician you need some experience and education in politics or a related field in particular.

Meet Jason, a member of the Scottish Youth Parliament and Youth Select Committee, representing Angus South got into politics after watching the coverage of the 2016 presidential election in America.

Some steps to becoming a politician are:

To become a successful politician you need to hold a bachelor’s degree. Areas of study could be political science, business, economies, and international law. Having a Bachelor’s Degree is indeed very helpful for those who want to pursue their carries as a politician on the federal or state level.

If you want to become a successful politician, then your interest level in politics should be very high. Get the latest updates on the political situations of the country through newspapers and television. Moreover, involve yourself in community politics. Also do volunteering for local campaigns and communities.

By becoming an active member of local political affairs you will get noticed by politicians. Also it will show them your interest in politics

Choose your position at a local political level and start campaigning for that. It will help you a lot in getting the support. Put your time and effort to run your campaign successfully.

Make friendly relations with the political leaders of your area. Get to know about them, and how they started their career as a politician. Apart from this, meet them often to the insights into the politics. Show them your interest so you can get support from them.

After you have done the campaign at a local level, start preparing for the higher level. It may require some time and you need to form a team for this so you can do campaigns easily at a high level. It will also require funding which you get from the support of your community.

Above all be not like typical politicians who made promises and forget them.  Be the man of your words and win the hearts of people.

Politicians are associated with a political party. It helps them to connect with their voters. Some politicians work part-time along with their job while others work full-time. They are also known as a career politicians.

Some of the positions they hold include:

Councilors focus on any one aspect of the public services which may include education, housing, and transportation. City councilors which are also known as alderman. They generally focus on improving public services and solving community issues. They also work on a local level to distribute the city budget.

A mayor is the head of a city and is part of the city council or commission. He/she is responsible for overseeing city administration, city palming, and public relations. Mayor is appointed by an elected council. Some cities also elect their mayor separately.

Commissioners enforce laws and ordinances. They allocate the money within the budget for maintaining the infrastructure and are responsible for overseeing the county’s management. Along with this they also represent county interests at the state and federal levels.

Representative also referred to as congressmen or congresswomen introduces bills and resolution. They have right to amends bills and serve on committees.

A president is responsible for enforcing the laws written by Congress. They appoint the cabinets and head of federal agencies. It is the highest elected office in the United States.

A senator takes action on the bill, resolution, and treaties by voting. They have the power to confirm appointments of Supreme Court Justices. Moreover they can vote in a variety of ways like voice votes, roll call votes, and unanimous contests.

President appoints the Cabinet members. They advise the president on various subjects and policy areas in particular. There are 15 cabinet secretaries including the secretary of state, defense, and education.

Roles and Responsibilities of a Politician

Being a politician you have some responsibilities and you need to perform these duties punctually to retain your position:

If you want to be successful in politics then you need to give your time and put in a lot of effort and hard work. It may take some time, some month’s even years but if you want to be among the renowned politicians then give your full dedication and it will pay off definitely.