What bad things did Christopher Columbus do 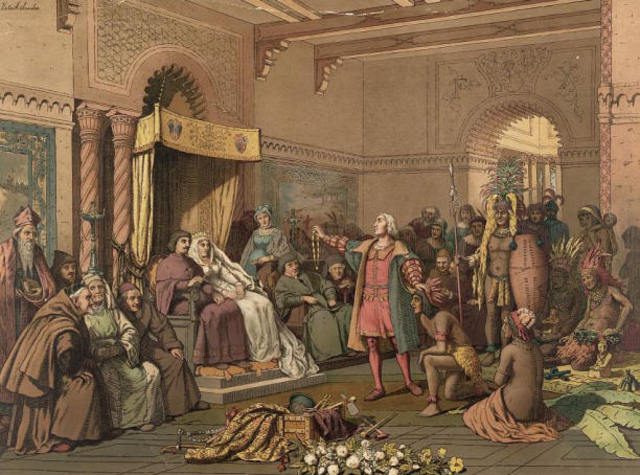 This year, Columbus Day occurs on Monday, October 14. Christopher Columbus (real name Cristofor Colombo) was born on this day. If you commemorate him on any other day. You are supporting racist genocide, enormous land theft, brutal slavery, serial rape of children and adults, and systematic torture. I have evidence for that. But let me first give you some important background information.

Christopher Columbus A Hero or A Villain

A villain, Christopher Columbus. He may be a hero in various circumstances. On many other fronts, though, he is a cruel villain because of so many bad things done by him.

The discovery of America by Christopher Columbus. Yes we celebrate the day that marks Christopher’s first landing in America on October 12, 1492.

Actually, the discovery of America was not done by Christopher Columbus. In actuality, Taino, Arawak, and Lucayan Red/Brown people had been residing on this continent. In the so-called New World for 14,000 years prior to his 1451 birth.

Expeditions to the America

Soon after his inept invasion/arrival a la Gilligan’s Island. He went back to the Spanish King Ferdinand and Queen Isabella with the thrilling—but false—news that he had discovered a direct way to Asia in order to secure additional royal funding. He consequently secured funds to command three additional expeditions to the “America” in 1493, 1498, and 1502.

During his expeditions, he not only destroyed old civilizations but also killed almost eight million Red/Brown people, tortured and raped millions of them. and stole millions of acres of their land.

Here are five bad things about Christopher Columbus from historical records that show him to be one of the worst, if not the worst, monsters in human history:

The King and Queen had warned him to “abstain from inflicting any hurt,” but he disregarded their request. For instance, he established the “tribute system” in 1495, which called for every adult above the age of 14 to give him a “hawk’s bell” of gold every three months.

One of these “tokens” to wear around the neck was provided to anyone who behaved. Columbus’ son Fernando claimed that those who disobeyed were “punished by having their hands chopped off” and “left to bleed to death.”

Grilled on Spits and Burned at the Stake

10,000 people in Haiti and the Dominican Republic suffered harm. Many of the natives were “grilled on spits and burned at the stake” while they were still alive, while the invaders “hacked the children into pieces”. Furthermore, the men of Columbus “tore the newborns from their mother’s breast by their feet and beat their heads against the rocks.” Other babies’ bodies, along with their moms, were “split” by them using their swords.

Miguel Cuneo, a coworker on the ship, wrote: “When our caravels were to embark for Spain, we gathered 1,600 ‘Indians,’ both male and female. On Feb. 17, 1495, we informed the sailors that they were welcome to take them if they so desired. The Cueno took a teenage “Caribbean girl” as a gift from Columbus. When she “resisted,” he brutally beat her and sexually assaulted her.

The wickedness of him was so effective that there were 8 million Taino when he arrived in Haiti, the Dominican Republic, and other Caribbean islands in 1493. That number was whittled down to just 3 million in just three years. In 1504 there were barely about 100,000 people left alive when he left.

Columbus not only invented a new kind of mass slaughter, but he also invented a new kind of slavery, which he changed into a kind of terrible work based on race and generation. In reality, according to the evidence provided by Dr. Loewen, “Columbus not only sent the first slaves over the Atlantic, but also sent possibly more slaves than anyone else—about 5,000 slaves.”

Columbus committed atrocities against the Taino/Arawak/Lucayan inhabitants that Governor Francisco De Bobadilla imprisoned him for and sending him back to Spain in chains based on the evidence of 23 eyewitnesses. He was found guilty because the evidence was so convincing.

The Impact of Christopher Columbus on America:

Many of the things that people can enjoy now would not be possible without Christopher Columbus. The discovery of America by Christopher Columbus occurred on October 12, 1492. Although a lot of people deny it, some people believe Columbus had an influence on the New World. When Columbus discovered the New World, Christopher Columbus’ impact on America had significant importance. The seclusion between Europe and the Americas was broken by Columbus. He introduced novel concepts and products, such as textiles. Who knows how the world would be right now if he hadn’t done these things?

Monsters who are racist are despised by Italians and Americans. Racist monsters are despised by red, brown, black, and other people of color as well. We don’t celebrate them because we despise them.