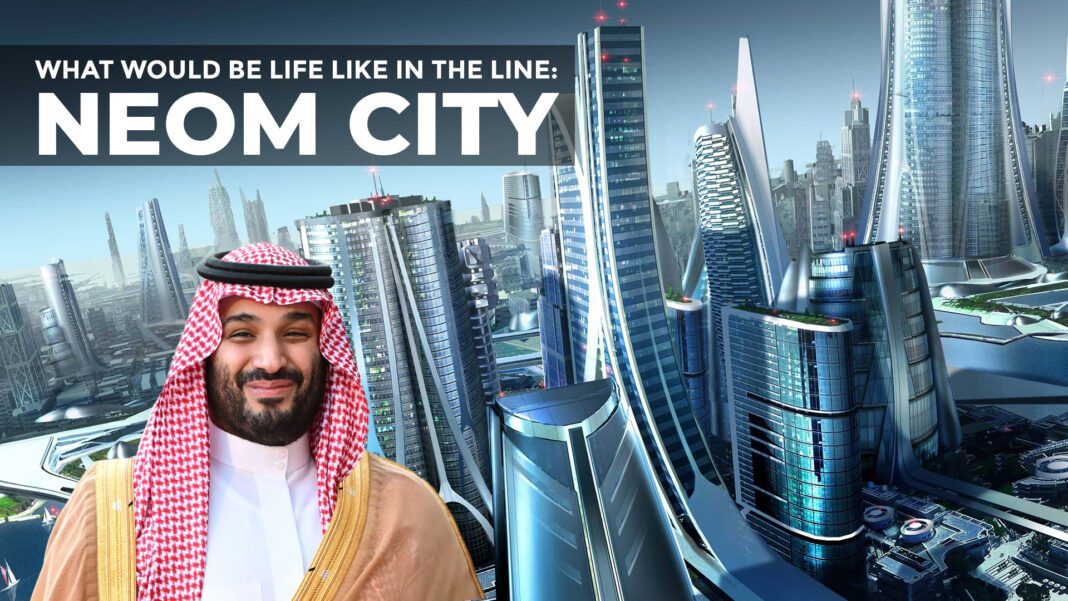 All of us in our childhood always wished to live for real in those fantastic Hollywood sci-fi movies. Where everything is clean, block buildings, flying cars, floating trains, and telepathy is a normal things. But we all know it is just fiction and ultra VFX. Well, there is one country that has introduced a similar city plan. As we know Neom is a new initiative in Saudi Arabia. The kingdom is building the city of Neom on the virgin desert land. This project is the enterprise of the crown prince Muhammad Bin Salman (MBS). Simply, Neom is the home, destination, and tourist attraction spot for the people.

The Name; is the combination of two words from different languages. Neos is an old Greek origin word that means new and the fourth letter of the work is the first letter of Mustaqbil (Arabic) which means future. Hence, Neom is New Future.

Completion of the first phase; by 2025

Net worth; $500 billion from the public investment fund

Also, the city is independent of the central government and has its laws.

This city is joining the borders of here middle eastern states, Jordan, Egypt, and Saudi Arabia of course. It is located on the shore of the Red Sea. People are also calling it the vertical city. According to a 2022 report in The Economist, just two buildings have been constructed right now. Yet, the deputy governor of the eastern province inaugurated the second stop of the Line on 4 September 2022.

Is Neom an actual city?

The crown prince MBS is a progressive man and he believes that Saudi Arabia must comply with the needs of the time. He said we cannot ignore the environmental crisis of the world. The futuristic city is based on the model of the smart city program and it’s a project of Saudi Vision 2030. The Saudi Vision 2030 is an effort to reduce the Saudi economic dependence on oil and shift it towards renewable or green energies. Public sector development gives the government leverage over resource control and sustainability. Neom is going to be the first city of its kind that will have clean and green energy produced from the sun. Significantly, it is more technology and sustainability-oriented but it provides all the necessities of life. Importantly, this city is going to be vehicle or car-free.

This city is going to have 14 sectors which are the basic life facilities. To make the city car-free it provides everything on five minutes walk or bicycle ride. These facilities or sectors are

In addition to the sectors, Neom has three regions including Trojena (the mountains that will be the world-class destination), Oxagon (the floating part for the clean industrial city), and The Line (the new wonder)

What is the Line?

In July 2022, the government of Saudi Arabia uncovered a new project for Neom. The plan is the development of two skyscrapers on the desert land called The Line. These two towers are parallel and face each other covered with a glass wall from both sides. It is stretched across 170km distance, 500 meters high, and 200 meters wide. Sounds unappetizing and horrifying especially when you are not used to living in such a world.

The line is an example of vertical urban development where you accommodate a lot of people in a limited area. It keeps a check on your limited human and economical resources. The Line contains residential, commercial, educational, recreational, and sports areas. It can accommodate 9 million people in the residential area. The sophisticated transportation system connects the two ends of the city within twenty minutes.

An Israeli scholar contended that this city is self-explanatory proof of blind faith in technology.

The Haaretz in one of its articles denies the myth that the project of the Line isn’t original entirely. Indeed, a similar project of The Linear City was introduced in 1965 in America. Also, points out that such projects are not for the sake of construction but only for the sake of generating ideas.

Life in the Line

The city of Neom of Saudi Arabia at the bank of the Red Sea calls you to the future. No one has seen the future; we can just predict it based on the information we have and what we see. The Neom city presents life in the Line just like movies. You can see here they have glorified this fictional city by sending a girl there through a time machine.

But the city shows greenery, clean water, clear roads, and the scene of Christopher Nolan’s Inception. It feels like you are living in a three-D world. The structure of the Line is 3D. And surely, people are going to have gravity there.

Neom city is on the outskirts of the eastern province of Tabuk and is out of the influence of the central governmental and judicial system. It is a mega project of 14 different sectors and can bring revolution to Saudi Arabia. However, the general reaction of the people towards this project of gazillions isn’t satisfactory and they show annoyance. Ali Shihabi, a member of the Neom advisory board says the Line construction will continue module by module.

Despite a lot of criticism and backlash, the project of Neom is proceeding fast.  Undoubtedly it provides you the opportunity to invest in Neom.  Because of the investment Neom has the world’s largest renewable hydrogen plant. It is an opportunity for all the biggest companies in the world, however, the career opportunities are limited to Saudi citizens only. Indeed, Neom is a highly progressive and ambitious project and it’s a source of income for thousands of Saudi people.