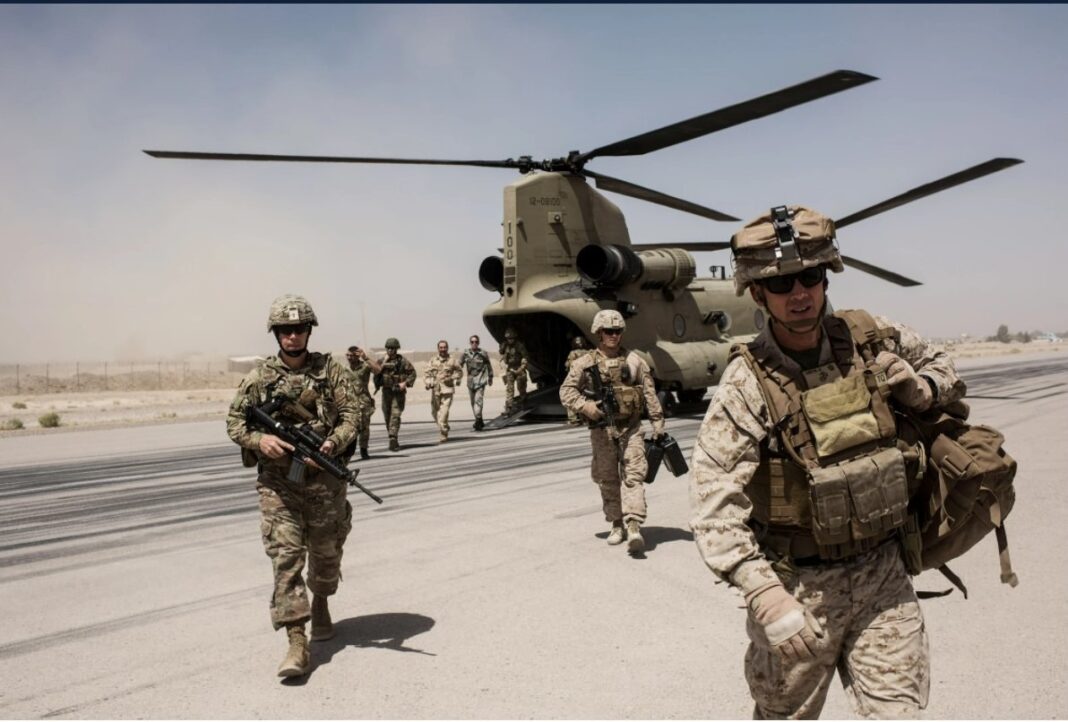 The Taliban’s originated during the soviet war in Afghanistan. There were multiple groups in the name of Mujahedeen. Even at the time of the cold war, they were funded by the CIA. After the defeat of soviets, warlords were fighting with each other for power. Taliban’s were actually the student’s from the origin and they took over the govt of Afghanistan in the 1990s but, after the takeover, the international community did not recognize it and invaded a war against them. Now, it’s been twenty years since the Taliban are fighting against the USA and NATO forces. Within a couple of months, the Taliban’s were forced out of power and the Democratic govt and the new constitution was announced. Taliban’s wanted foreigners out they wanted to back in, which follows the ravaging conflict and it is still going on.

When in 2001 America invaded Afghanistan, its aim was to dismantle terrorist activities. But the short-term objective was replaced with the term “Nation building “. The US spent two decades and trillions of dollars in the region but they failed. Nation building is not a military strategy. The military is not well trained for promoting democracy and stability in the region. The Expedite takeover of the Taliban and the failure of US military policies in Iraq is evident in it. Military Organizations are not trained to engage effectively in civilian centered missions. Masses of a country are the only people who can play the role in nation building, for instance the uprising in Tunisia against the government, and that uprising leads the country towards the democratic norms. While foreign interventions in any country for the elevation of democracy only added fuel to the fire, violence in Syria and Lebanon emanate, Syria faced the worst humanitarian crises because of these invasions. As according to many writers there is no military solution in Afghanistan and never was, there needs a negotiated political settlement for the stability and sustainability of region.

Taliban’s are more effective and adept as compared to the 1990s. They know how to use military technology and social media, which means now, they are more consummate in perusing the same objectives. They have used modest but potent tactics to take over. They know how to use AK47 and how one can achieve his political goals with the tools of diplomacy. Today the Taliban has many of 85 thousand full train fighters and training camps across the country. They are well organized, they have earned $416million from drugs. Today the Taliban’s has its own economy where it gets money from drugs, trade, taxes, extortion and other means. Their equipment, ammunition, and training have also been intensified. They miscalculated the pace at which Afghanistan took over Afghanistan and this time Taliban tried to present themselves differently as compared to the past they have claimed to be committed to the peace process. They came to power this time with a new approach.

In a matter of just weeks 20 years of history has been reversed at a speed no one predicted. Corruption leads the Government of Afghanistan towards the sudden collapse. After the withdrawal of American forces, there was no central authority, the army of Afghanistan was comprised of various units and there was aberration in their military techniques and tactics. These units were systematically corrupt and rhetoric had been adversarial to each other. Many army soldiers had sold their equipment to the Taliban’s for cash. There were fundamental flaws and multiple factors that played a role in the collapse of Afghan army, management failure, poor military strategy, successful Taliban’s policies, inadequacy of Afghan govt had played role in the chaos that is going on in the country. Inept and fumbling handling of army had led the govt towards failure.

Afghanistan is a tribal country. There are many warlords’ factions living in the region. America had not tried to know about the history of the region. The Taliban’s are again in power. This shows how little Americans understand Afghanistan. The different types of groups, religious sects and ethnicities are living in Afghanistan and America was trying to convert all these factions into a Democratic government. They did not demand democracy. They always consider an invader an enemy to their values, they would like to govern under their own authorities. The majority of the Pashtuns are the largest ethnic community in Afghanistan, and the Taliban’s sturdiness lays in the fact that as Pashtuns. America did not understand the tribal dynamics

“America thinks everybody wants what he has”

Regional dynamics was the crucial factor that leads the US towards failure.

The Inept leadership of Ashraf Ghani is responsible for the chaos in Afghanistan. Ghani had showed a little interest in peace agreements that might usher him out of power. Ashraf Ghani played a negative role in the peace process and when the conflict escalated and Taliban insurgents took over Afghanistan, he fled away from the country. Ghani turned Afghanistan’s hope into despair. Masses of the country and military were frustrated and annoyed after this act and they did not know what to do and how to tackle this situation.

The Abrupt withdrawal of US forces also played a role in the collapse of the government. Forever war in Afghanistan comes to an abrupt tragic end. According to my opinion, military intervention should be focused on military goals not on political and social objectives, and the US fabricating ideology of multilateralism has been debunked. The US is still orchestrating the “America first “policy. The US withdrew from Afghanistan without interceding with its Allies.

The American style of democracy did not work in Afghanistan. The US thought it could fix the world difficulties and change other states with the help of democracy, dollars and guns, but the revival of the Taliban’s proved that the US could not re make any country.