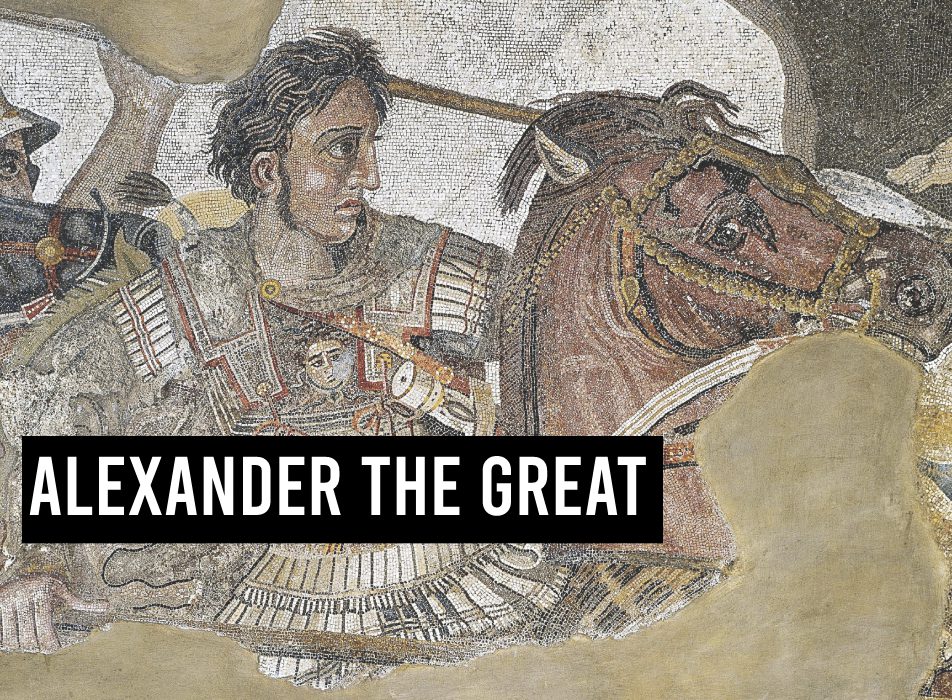 Alexander the great of Macedon was only 32 years old when he passed away in Babylon. He was in charge of a land that stretched across three continents. It was almost 2 million square miles in size (5 million square kilometers). He was not only the king of his home country of Macedonia, but also the king of Greece, Persia, and the pharaoh of Egypt.

So, was it fair to call him Alexander the Great? Absolutely. Alexander academic and historian Elizabeth Carney from Clemson University in South Carolina says, “It’s hard to think of another person whose personal decisions affected the lives of more people over many centuries than Alexander.”

“Because of Alexander’s choices, tens of thousands of people died and a lot of political groups disappeared or were replaced. And maybe most importantly, he helped start this huge cultural project. This brought together parts of the Greek and Macedonian worlds with parts of the other worlds he conquered.” Keeping that in mind, here are a few more important things about him.

1. Aristotle Was His High School Teacher

In the fourth century B.C.E., there was no such thing as high school, but Aristotle, one of the fathers of Western philosophy and possibly the smartest person in Ancient Greece, taught Alexander when he was 14 to 16.

Phillip II, Alexander’s powerful father, hired Aristotle to be a court philosopher when he was about 40 years old. Aristotle was one of Plato’s students, but he wasn’t yet a famous philosopher. He would have taught the prince not only literature and philosophy, but also math and science.

How did Aristotle shape the kind of person Alexander would become? Historians only have guesses. Alexander liked Homer’s works, and he slept with a copy of “The Iliad.” When Alexander led his army across the known world, he didn’t forget what he had learned in geography class.

In a 1942 study of Alexander and Aristotle, Michael Tierney wrote, “Alexander’s campaigns led to great scientific advances, especially in the field of geography, and Aristotle is without a doubt to thank for that.”

2. His Father Was Pretty Great Too

Before Alexander’s father Phillip turned it into a military superpower, the Kingdom of Macedonia was not very important politically. Phillip was tired of Greek city-states like Athens and Thebes, so he turned the Macedonian army from a ragtag group of soldiers into a well-oiled fighting machine.

The Macedonian army was proud of its well-trained cavalry and the Macedonian phalanx, a formation of infantry that was invincible. Phillip’s infantry marched in tight formations of eight men across and 16 deep. They were armed with long hunting spears called sarissas, 18-foot (5.5-meter) wooden poles with iron tips. Each row’s spears would come down one by one, stabbing charging armies and horses.

After the murder of Phillip in 336 BCE, and 20-year-old Alexander took over the throne. He inherited his father’s army, which had already defeated Macedonia’s rivals on the Greek mainland and was moving toward Persia.

Phillip is best known as the father of Alexander the Great, but Alexander might not have been as famous if Phillip hadn’t given him a huge head start. Historians still can’t agree on who was most responsible for Macedonia’s rise to power.

3. Alexander Knew How to Crush a Rebellion

After Phillip died, a number of towns and areas ruled by Macedonia tried to break away. While Alexander was busy putting the northern kingdoms of Thrace and Illyria back in order, the Greek leaders of Thebes heard that Alexander died in a battle.

Not at all. Alexander and his army flew to the battle when they heard that the Macedonian garrison in Thebes was under attack. They supposedly traveled 300 miles (482 kilometers) in just 12 days. Alexander decided to send a clear message at the Battle of Thebes that followed. Those who try to cross Macedonia did not only lose, but wiped out.

Diodorus of Sicily, a Greek historian, said that 6,000 soldiers and citizens of Thebes died before the city burnt.

4. He Stomped the Persian Empire

The Persian Empire was in charge of the Mediterranean for 200 years when Alexander marched his army across the Hellespont to face King Darius III, who was in charge of more than 2.5 million soldiers.

Near the Persian town of Gaugamela, where the battle turned out to be the most important one, Darius had the land leveled and cleared so that his horse-drawn chariots would have an advantage. At Gaugamela, the Persians outnumbered the Macedonians five to one. This seemed impossible to overcome, but Darius ended up playing right into Alexander’s hands.

Alexander sent in a lot of troops in what is called a “pawn sacrifice” to draw Darius’s troops to the right flank. The troops that were killed were able to keep Darius’ attention for long enough for Alexander to attack with his cavalry through a weak spot in the middle of the Persian line. Darius turned and ran away as Alexander’s famous cavalry smashed through the Persian defenses.

After one of Darius’s cousins killed him and gave Alexander his head, Alexander became the new king of all of Persia. This made the Macedonian empire reach from modern-day Israel to modern-day Iraq, Iran, and Afghanistan.

5. He Was a Globalist

Alexander’s victories over the Persian Empire, Egypt, and parts of India marked the beginning of the Hellenistic period. During this time, Greek culture and politics spread across the vast Macedonian Empire.

Alexander wasn’t a Greek nationalist who wanted to bring Greek traditions to every country he took over. Instead, he incorporated foreign customs and religious beliefs into his growing empire. This earned him the loyalty of the people he had just conquered.

The result was a network of trade and military power led by people who spoke Greek. This network ruled the Mediterranean and Near East for three hundred years.