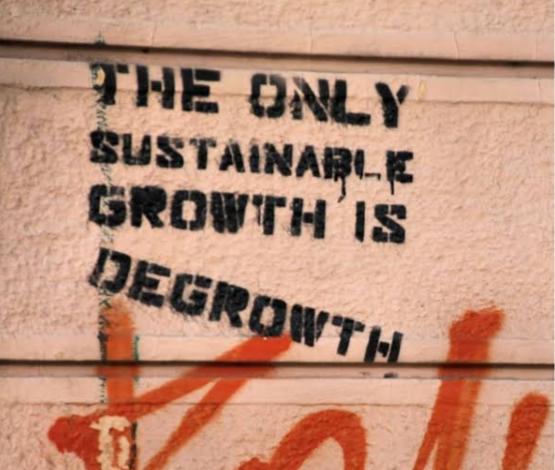 Environmental changes have become a major concern of specialists. The changes that are observed, such as deforestation, melting glaciers, erupted volcanoes, water shortages, and an unbalanced rain cycle, have become a huge threat to future generations. Many sociologists believe that the solution to all these problems is to control the annual GDPs of countries.

Huge and vast economies are often considered a sign of success and prosperity in a country but the new theory suggests otherwise. According to some experts, for human sanity, it is necessary to put a limit on our growth and practice a more balanced and steady life.

The term “degrowth economics” means strategic planning that will eventually lead to a healthy and beneficial cause. The downsizing in production and consumer needs will have a huge impact on the overall well-being of humans and their coming generation. With that, this planned downsizing will also work for improved ecological conditions at a global level.

The misuse of resources has caused much damage to the natural stability of the ecosystem. The rise in the use of resources leads to more economical growth and enhanced production of consumer goods which contributed to the population risks.

The idea of degrowth was introduced in the 1970s and got popularity in 2002. The subsequent conferences in different regions further strengthened the concept of degrowth and capitalism. The concept initially faced a lot of criticism and was neglected by many professionals.

According to Ted Trainer, degrowth theory in simpler terms is to live with simplicity in a sufficient yet steady economy for a better future for humanity and the planet. The idea of degrowth has also faced severe criticism as it suggests killing the economy of the country. However, intellectuals highly emphasize using degrowth as a term that refers to limiting the expansion of the economy.

In today’s era, it seems almost impossible to put a specific limit to the country’s economy as it is the only thing that guarantees success. Politicians and policymakers pay great attention to boosting economies and then celebrating them. But, as the economies rise to a greater level, the consumption of resources and living standards also increases.

With a massive economic rise, the utilization of resources increases and nature has to face consequences. The idea of degrowth economies is highly favored by many ecologists, environmental experts, and sociologists that consider that following this theory will not only work for the betterment of the environment but for bringing justice between populations as well.

The concept of degrowth economics works vastly for the betterment of nature and to deal with environmental changes. However, there are still some concerns that are a barrier to the implementation of this concept.

According to a study, the basic human needs framework might affect degrowth implementation as the strategy will not match with their current needs. The forums working specifically for this cause can help in following the concept of degrowth for future generations as their needs will be then according to present parameters.

Many developed countries have also raised a question on the credibility of degrowth. They find it difficult to implement and practice it as such grand changes will question their success rate in comparison with other developed nations.

Another major concern that is associated with this concept is the impact on the lifestyle of the general population in relevance to the degrowth economy. Due to constant improvement and skyrocketing economies of developed nations, the living conditions of people have improved. If correct strategies are not planned, then a degrowth economy can result in a disaster for the country.

Some of the key areas that will be affected by a degrowth economy would be unemployment rise, possible chances of poverty, and increased debt as shown by research. Economists have an important role in planning such economies for countries and studying its effects on market conditions of countries and the effects on the lives of people who are under influence of current economical situations.

Degrowth is also associated with human patterns and their views on saving the ecological systems. Due to the living standards and general consuming habits of people, it will be difficult to follow this concept. Many overdeveloped countries are skeptical about the whole process because there are less doable and practical strategies that can be followed for bringing a balance to the annual economy rates of countries.

Whereas, degrowth is a planned strategy that will operate on a global level to work on a common cause. The Second International Degrowth Conference brought many policies such as employment rate, reducing working hours, focusing more on leisure activities, providing a basic income, using more eco-friendly products, and monitoring the progress rate towards degrowth.

Irrespective of the changes that need to be made or the lack of policies to practice degrowth, the positive changes that it will bring to society are vast. The global rise in poverty and famine conditions can be dealt with easily with economical balance and consumption of resources.

Practicing degrowth would bring major changes to mankind. There will be more balance to life if the concept is followed. The transition can happen in a variety of ways but there is an increased need to overcome cultural barriers. By following this concept, people would have easy access to good and organic resources that will increase the longevity of life.

The planned economies will also make sure that everyone on this planet has complete access to all possible resources. The degrowth framework is complete, and it does not overlap with anything. Rather it would be much helpful for a positive change for the environment and simplifying the human lives to the maximum. The green concept that is highly advocated these days would be followed at its best with degrowth economics.