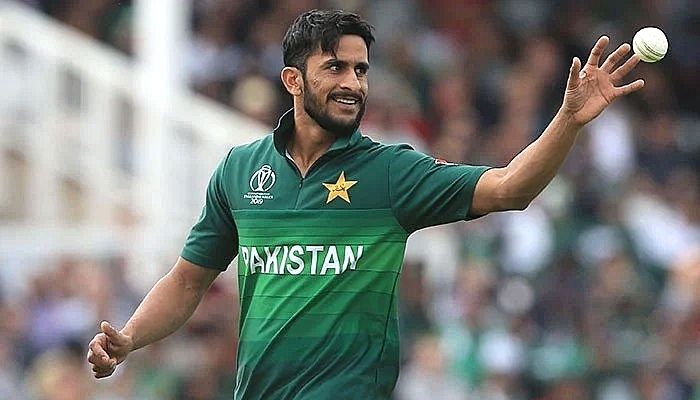 Recalling Nasser Hossain famous lines during Pakistan vs England CT’17 Semi-final when England’ captain Eoin Morgan was caught behind by Sarfraz Ahmed courtesy a classy reverse swing maestro from Hasan Ali: Hasan Ali’s career
“Oh gone gone gone, you need a wicket you go to Hasan Ali” and then whole Cardiff stadium erupted with slogans of “Pakistan Zindabad”, knowing something big was on its way to be achieved, showing that new hope was induced among Pakistan Shaheen supporters for they were sensing the birth of new generational talent. “A STAR IS BORN”

Who would have thought that the guy who was predicted to have the potential of becoming the Great Fast- bowler of Pakistan modern cricket would suffer such an early downfall?

In 7 matches of the tournament, he has currently taken 32 wickets (two 5-wicket haul, one 10-wicket haul with an impressive strike rate of 33.84 and an average of 18.84. He has improved a lot in batting as scored critical knocks for the team.Thus led the team from the front. Hasan Ali’s career

Again, injury is the primary concern for him as he sustained a strain in his groin. After going through rehabilitation of his back concern for five long months. Hasan Ali’s career

Hasan Ali is already the fastest Pakistani bowler to take 50 wickets ODI wickets beating Great Waqar Younis. He was also the player and bowler of the ICC Champions trophy 2017. When Pakistan beat arch-rivals India by 180 runs in a historical final in Lord’s. Since then he never looked back. Hasan Ali’s career

Since his debut in 2016, it took only a year for Hasan Ali to announce himself on the world stage. His classic skiddy bowling that bowled many great batsmen of the modern era showed he was made for high pedestals.

He ruled ODI cricket for more than a year from 2016-18 during which he ended 2017 as the leading ODI wicket-taker of the world.Thus was the number one ODI bowler back then. Hasan Ali’s career

Alas! This motivated and inspirational run at the international level merely lasted for some time. Suffering an injury due to back spasm after being left out of ODI and Test series (Home) against Srilanka in September 2019.He hasn’t been the same since then.

But his recent record in Quaid-e-Azam trophy helped him gain confidence and enhance his leadership skills as he is captaining the Central Punjab side. Still, unfortunately, when things aren’t going right for you, you can’t do anything rather than praying for a better fate.

But as they say, where there is a will, there is a way. With Muhammad Amir’s retirement, the Pakistan team badly needs a typical new ball bowler in limited-overs cricket. Although Shaheen Afridi is doing well, there hasn’t been any other new ball bowler to help him out.

It is an excellent opportunity for Hasan Ali to get selected for Pakistan soon. Since, the T-20 world cup is on the cards around mid next year.

Thus, Hasan Ali can also comeback soon, knowing how much potential he has. For that PSL-6 starting in February will play a critical role in deciding Hasan Ali’s fate for his comeback.

As they say: “When the going gets tough, the tough get going”. Maybe Pakistan superstar and former number one ODI bowler, Hasan Ali soon start his redemption season with the national side.

Definitely, fans will love to watch Hasan’s trademark “Bomb Generator” celebration. For they know Hasan Ali on his day is a match-winner. The Cricket world awaits a shining star to come back with the same classy smooth bowling action rattling modern Greats.

READ MORE: Pakistani cricketers were left unnoticed by the ICC teams of the decade (2010-20)