PAKISTAN AND ITS LOVE FOR TEA 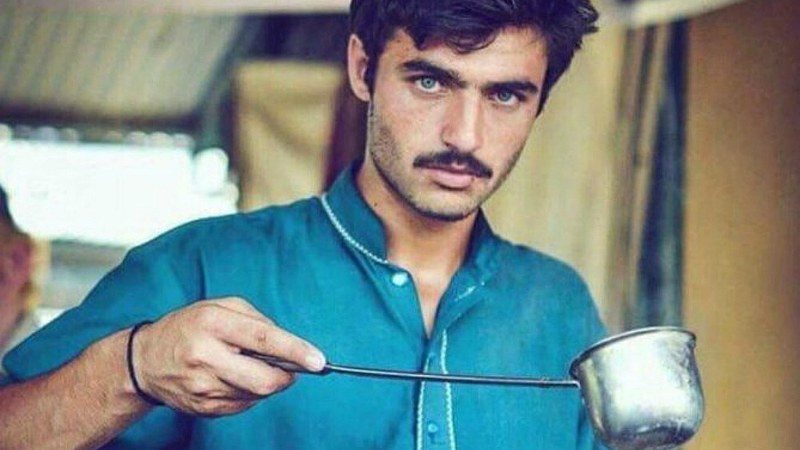 Human civilizations in their early times developed taste for various foods and drinks for survival, pleasure, or both, one such drink is what we call tea. Camelia Sinensis is a species of green trees or shrubs, family Theaceae, Camelia Sinensis leaves are used to produce tea. Pakistan is the world’s third-largest importer of tea, imported worth $42.173 million in February (FY2021).

A sharp 17 percent increase has been recorded on year basis. Pakistan is importing $12bn tea annually, which encourages the import bill to increase. However, if people at the helm of affairs with the support of the government of Pakistan take the initiative and support the researchers in growing tea within the premises of the country it will help save billions of dollars.

The government should come forward to increase the national output that will, among other benefits, encourage more opportunities for farmers.

The tea plant is indigenous to East Asia, also in South China and North Burma.  According to the research by different authors, the origin of tea dates back to 2737 BC, during that time in Central and various other regions of China, the natives used tea plants for medicinal purposes. History records another event when in Sichuan, people started to consume tea by boiling its leaves into liquid.

With time, the tea consuming pattern was changed as the people used to pan-fry the tea leaves, dried them, and then boiled dry leaves with water. However, western traders and emperors started to drink tea in the 16th century. Mighty oaks from little acorn grow, the first ship carrying tea to Europe was recorded in 1607, when the Dutch East India Company carried shipment from Macao to Java.

After months, the second shipment of tea was recorded as shipping the tea from Japan to Europe. The Dutch introduced tea to France, Germany and across the Atlantic.

“In 1567, Cossack atamans (chieftains), Petrov and Yalyshev, visited China, where they tried a local drink — tea. During 1638, an ambassador, Vasily Starkov, brought a present to the Russian Tsar from one of the Mongol khans — 64 kg of tea. While in 1665, when Tsar Alexey Mikhaylovich got stomach aches, the court doctor, Samoylo Kallins, treated him with tea.” said Denis Shumakov in his article.

In the meantime, the arrival of tea in the subcontinent began in the early 18th century. People of that region started to consume tea with lemon and other spices to cure a patient of headache. History records that, in 1820 the British East India Company started to grow tea plants in upper Assam, which gave them a positive result, the then Dutch company produced more tea and supplied in the Subcontinent.

When it comes to tea consumption, the Pakistani nation’s love is exemplary. Pakistan comes on the 3rd number, considered as the world’s third-largest tea importer with 23,492MT import in March 2021 Pakistan Bureau of Statistics (PBS). In FY (Financial Year) 2020, the record break import of tea was recorded, as the nation consumed tea worth $234m in just five months cited Pakistan Bureau of Statistics.

Another revealed data assumed that the year-on-year basis tea import has been increasing by 5.98%. Although, the import of tea is fulfilling the demand of consumers, yet the dependence on foreign goods is rapidly surging.

Pakistan fulfils its consumer demand by importing tea from different countries. Most of its green tea is sourced from China and Indonesia, while 60% of its black tea comes from Kenya. The country has an annual per capita consumption of 1kg of tea. Pakistan has the potential for its tea production to decrease dependence on other countries.

Tea grows in a mild, humid climate with normal rainfall. Ideal tea soil is light, acidic, well-drained, and calcium-free, and it prefers 1200-2200m above sea level.

Reasearch on Tea in Pakistan

In past, an institute in the Mansehra district of KPK province showed a green signal to produce black and green tea in Pakistan. According to the Chinese experts and National Tea Research Institute, Pakistan can produce its tea in Mansehra which is the Potohar mountainous region. The Potohar’s climate has been regarded as the most ideal for a higher harvest. In an effort to boost local production and reduce the $12 bn worth of tea imports that are made every year.

Well-renowned research and award-winning leader in Sustainable Development, Masood Lohar, has claimed that Pakistan can grow tea in every corner of Mansehra. He said that the region has the potential to grow coffee, while the Lipton Tea Industry is also growing tea there.

The Government of Pakistan must focus on this policy to reduce the import. Increase the economic sustainability for the betterment of the economy, and promote local production. We need proper planning to encourage trials to grow tea and coffee, by supporting the local farmers and providing them with the planting facility.