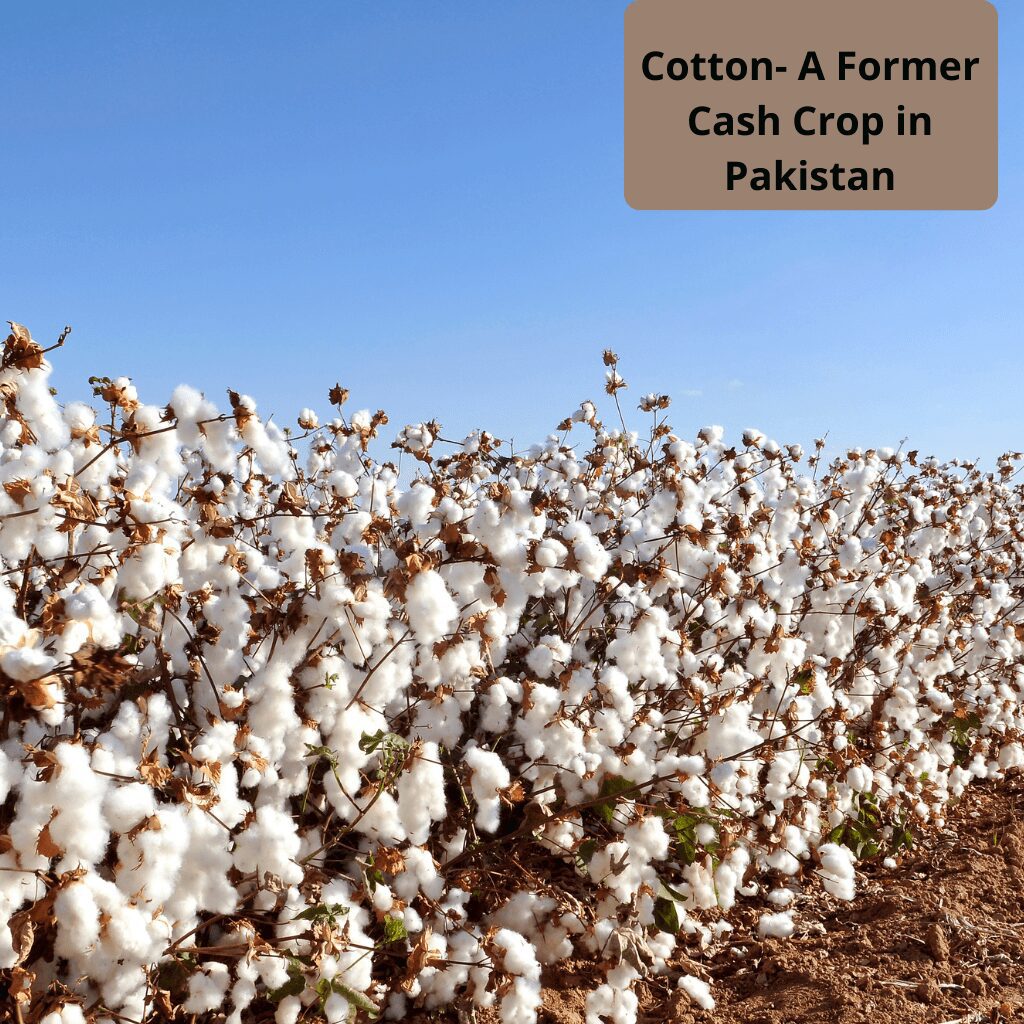 Pakistan is a country with a 207m population (PBS Census 2017), therefore 62% of the total citizens are directly linked to the agriculture sector. An economy has three input sectors. Although, the agriculture sector is the second in Pakistan in terms of GDP contribution. Agriculture contributes almost 21% to the GDP of Pakistan, however, some estimates may reduce the percentage due to a sharp decline in agriculture sector productivity. A sudden decrease in the cotton yield is severe, as it increases the burden on government expenses. Thus, cotton production is halting year by year, and the government is not serious about it.

Hailing from a rural area and being a student of agricultural economics, I consider myself a responsible agriculturist to wake the government up against this serious problem.

Pakistan is ranked fourth for cotton production worldwide. According to the data released by Pakistan Cotton Ginner Association, Pakistan is facing an acute shortage of cotton output that fell from 10.76m to 5.65m bales during the current crop year, which is the lowest as compared to 7073 480 lb. bales in 1992.

Cotton is a Kharif crop. The sowing season starts from April-June, and October-December is the harvesting season. It is grown in Punjab and Sindh provinces, while other provinces contribute less than 1%. The total output in Punjab is 65%, while Sindh contributes 25% to the total production in Pakistan. The Cotton Belt in Pakistan extends up to 1200KM’s along with the Indus River. Almost 1.6 million farmers are depending on the cotton crop to earn bread and butter for them, and the steep fall in production has left them stunned into serious trouble.

In the last five years, the area under cotton production had fallen from 2.9m to 2.5m hectares. Cotton cultivation is focused on fiber and edible oil, it makes a major contribution to the national oil and textile industries. According to the statistics revealed by the US Department of Agriculture, the cotton yield fell to 445 kg/hectare from 551 kg/hectare one year ago. Currently, cotton users are importing cotton from the US, Brazil, and Uzbekistan, which is worrisome for the cotton importers in Pakistan as imported cotton costs 15% more expensive than domestic cotton production. During the initial months of the current fiscal year, the textile industry had to import cotton worth $321m, while the earnings from exports were only $7.44 billion, experts said. Therefore, due to the rising inflation and power tariff, businesses are losing confidence to invest in Pakistan. Simultaneously, more than 60% of ginners have shifted their routes from cotton ginning to another business, leaving their factories abandoned. In the ubiquitous situations, Pakistan is welcoming many imports by withdrawing the custom duties by 5%, while the import of cotton would be needed about 3m to 4m bales by June (FY2021). Unexpected insect pests and bad weather conditions have minimized the cotton yield lower, as compared to that of the previous 30 years. On the contrary, the government is expecting to get 10.5m bales in the yield for next year (FY2022).

What are the major implications for the shortage in the yield of Cotton?

The first problem is heat stress due to which crop production is diminishing with consistency. According to the research, the ideal temperature for the growth and development of cotton crop ranges between 25C to 26C. But, in Pakistan, the rising temperatures are posing a serious threat to the crop. Normally the temperature in Sindh and Punjab is 45 degree Celsius, which is not favorable for surplus production. Third, CLVD (Cotton Leaf Virus Disease), this disease can give loss by 16% to 17% to the yield, it is caused by a complex of Gemini viruses transmitted through Whitefly. In Asia and Africa, it is the major disease of cotton. Also, the unexpected monsoon, due to climate change, is posing threat to the crop by encouraging whitefly to emerge.

Fourth, the reason behind the low production of the cotton crop in Pakistan also lies between the subsidies and expensive input resources. Due to the huge costs of inputs such as insecticide, seed adulteration, quality seed and fertilizer, the farmers are being forced to cultivate with high input costs and less quality seed of cotton crop. Fifth, the insect attackers, the government is mainly focusing on making estimates for the high production output and is not making policies to combat the natural and poor policy threats being faced by the farmers. Sixth, the variety of the cottonseed is not being improved amid fewer production results.

The Way Forward to Improve the Production

Worldwide cotton production is increasing, we should learn from our neighboring countries India and China. In India, the government has focused on effective production technology, by reducing the cost of production and increasing productivity. Simultaneously, the supply of certified seeds to improve the yield, and reduce the cost of cultivation, ensuring better returns to the farmers, usage of good quality genetically pure cotton seeds, and providing extension services to the farmers. The Indian government makes sure to provide all the above-mentioned facilities to its farmers to get result-oriented output. In 1947, India was producing 2.3m bales of cotton, and today the cotton consumption has reached up to 24m bales expected in 2021.

Cotton production in China has been rapidly increasing during the last 60 years. By using 15% of the world’s cotton land, China has produced a 30% yield which is a great achievement for the country. China has largely attributed to the adoption of Intensive farming and cultural practices, which includes seedlings transplanting, plastic mulching, double cropping and super-high plant density technique.

The government of Pakistan must focus on such policies to be implemented to increase the output of the cotton crop. Firstly, for improvement, we need to investigate the issues such as increasing power tariffs, inflation, climate change, lack of farmer education and encouraging imports that have played a massive role in the decline of cotton and textile production. Secondly, we should learn from our neighboring countries as mentioned above, India and China, which have substantially improved production by reducing such threats. Pakistan should apply those practices to remove the barriers of low yield. Due to the poor management, almost half of the ginning industries have been closed which will solemnly give loss to the local production of textile. We need to discourage the import of cotton and find alternatives, as we can see the farmers are now more interested to grow sugarcane. In Pakistan, most of the politicians have their businesses investments in sugar industries, yet cotton’s lowest production is not being noticed by a single politician. For better cotton yield we must allocate the vast land with result-oriented seeds, also the availability of water and the educated farmer will pave the way for a surplus cotton crop. However, the textile industries must be encouraged with easy access and less electricity tariffs, so that they can produce much better.