Threats of Hybrid Warfare to National Security of Pakistan 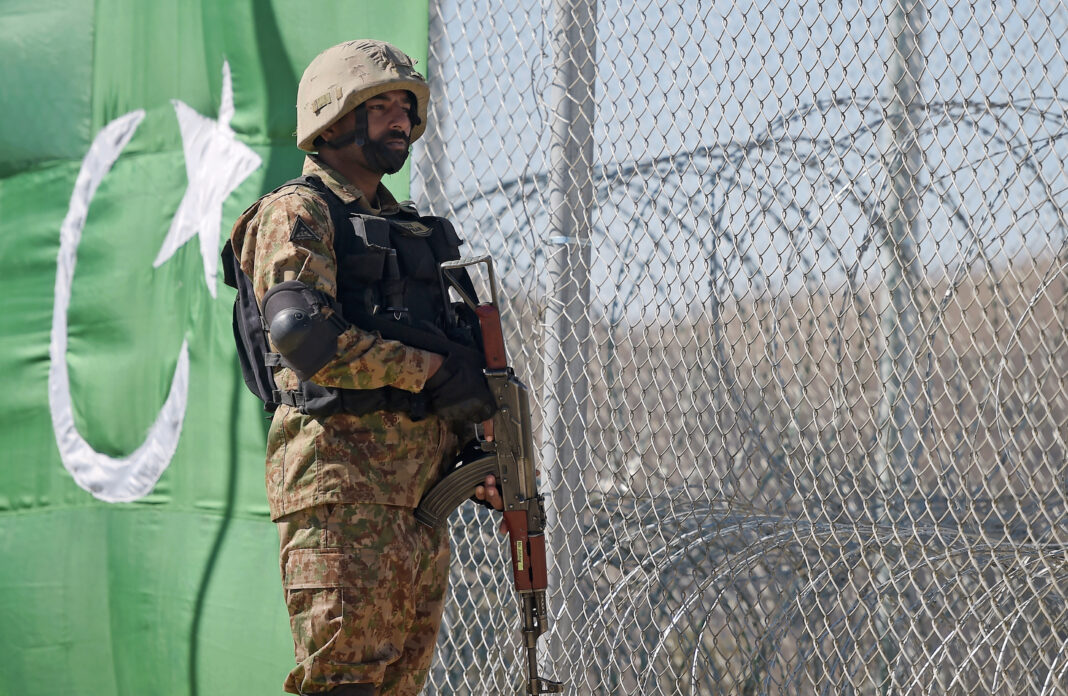 Threats of Hybrid Warfare to National Security of Pakistan

The nature of wars, threats, and security changed after the end of the Cold War. To mitigate drastic repercussions, countries adopted non-conventional methods for war. Hybrid warfare aims to damage the social, economic, psychological, and international reputation of a rival state. Pakistan also faces security threats by hybrid warfare. It is an imperative time for Pakistan to formulate policies to curb the threats of hybrid warfare.

The Global War on Terror in Afghanistan also dragged Pakistan into the war on its Western front. The Participation of Pakistan in the War on Terror instigated severe issues in a country such as a rise in infrastructure, thus exposing it to the instigators of hybrid warfare. Many incidents or attacks were carried out in Pakistan by people who had anti-state elements.

The Indian concept of PAO can trigger anytime. After the Osama Bin Ladin Operation by the U.S, attacks on the Salalah check post, the attack on the Torkham checkpoint depict that our Western borders are protected. In the contemporary scenario, even small aggression will create precarious difficulties for Pakistan. The country’s fraternity also witnessed the impact of the 27 February attack, which brought two nations to the brink of a full-fledged war.

Pakistan also experiences sectarian and ethnic violation amid the exploitation of foreign elements. The incident occurred in 2014 while Ashura in Rawalpindi, which blocked twin cities for a few days, is an evident example of exploitation by the players of hybrid warfare. The technique of creating chaos in the name of sectarian violence is the tool of hybrid warfare to destabilize a country on several occasions.

Water warfare is also a tool of hybrid warfare that possess a heinous threat to the national security of Pakistan. India being upper riparian, has always exploited the water requirement of Pakistan by violating Indus Water Treaty. Indus tries to formulate Aqua war strategies to push Pakistan into drought amid more dependence on the agriculture sector.

Pakistan experiences political subversion. People have distinct narratives in their minds according to their understanding level. The illegal NGO’s and other agents use those ideas by hybrid techniques to instigate people for protest and violence against the state and its institution.

Way forward to counter the hybrid warfare threat to the national security of Pakistan:

Understand the nature of hybrid war

It is vivid from the history of Pakistan that it only indulged in a conventional war. The new dynamics of hybrid war is not easy to be perceived by country. Therefore, Pakistan needs to comprehend the nature of the 5th generation war to curb the threats of hybrid war. After understanding nature there is a need for proper policy making and strict implementation of those policies about hybrid war.

Anti-state movements always use to start from backward areas of a country. Insurgency movements are also considered a major tool of hybrid war. Pakistan also experiences multiple insurgencies such as the Baloch Insurgent movement, and Conflict of tribal areas in KPK. To eradicate these insurgent movements and the threat of hybrid warfare, Pakistan should pay proper attention to the people residing in these areas and try to resolve their grievances.

Pakistan has witnessed several terrorist attacks from its inception due to weak institutions. A recent incident of the FBR data hack reveals the importance of strengthening institutions. As the information is a major tool utilized by non-state actors to destabilize a country’s reputation. Therefore, Pakistan should strengthen its institutions to combat terrorism activities and secure national security.

More Articles You Must Want To Read:

Chinese Prosperity – 5+ things we can learn from it

Is the World Moving towards World War 3?