As the world is apprising itself of the mismanaged departure of the U.S from Afghanistan, Ghani and his aides’ shameful exit, and the Taliban taking full control. The U.S president has had to face severe criticism, while Trump asked him to resign. The People are Afghanistan fear the Taliban and the social unrest in the country. Presently, the indigenous people are still hoping the U.S to help them get rid of scary soil, however, the U.S cargo planes are trying to first excavate the supporters. Amid the serious conditions in Afghanistan, many countries are trying to calm the situation, as the U.S requested its ally countries to give shelter to the excavated people temporarily. All these scenarios do remind us of the U.S Intervention in Yemen, Iraq, northern Pakistan, and Syria, due to which thousands of people lost their lives and many more were displaced or became refugees. 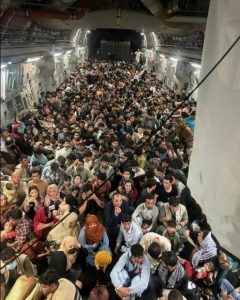 Prior when the U.S started its war on terror, which has cost around $6.4 trillion dollars, the people of Iraq, Syria, Afghanistan, Yemen, and Pakistan has had to face serious repercussions. From 2001 to 2021, many reports have claimed that the total lives lost during the war on terror are projected at around 801,000. To further focusing on the causalities, the total number of people who lost their lives in Afghanistan is 241,000, 179,000 in Syria, 330,000 in Iraq, 90,000 in Yemen, and 70,000 in Pakistan. The most depressing moment is that when we came to know that out of all the figures around 335,000 people, who were killed, were Journalists, humanitarian workers, doctors, contractors and many more. Another report left humanity in shock, according to the United Nation Human Rights report, more than 202 mass graves have been found containing thousands of bodies in Iraq. This depicts the most oppressive moment in the history of Iraq.

Peace in all these countries is just a term without implementation, as it was the first time in history that the U.S was being granted permission to invade Iraq, which resulted in the violation of human rights and destruction of the infrastructure of the countries. Similarly, all the other countries have become the victim of the U.S intervention, which is a nightmare for the indigenous people. As the people of these countries have had to face war and mental illness. Hundreds of pictures have been posted on social media, highlighting the height of the U.S and its allies’ oppressive minds. And the children who have taken the dead bodies of their parents may in future try to take revenge. Because what you teach the children they will surely do the same by seeing and listening. On the one side the European parents were playing with their children in Parks, on the other, the parents in war-ravaged countries leaving their children in graves. [This is the world of inequality]. 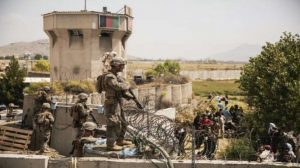 The U.S, in greed of proving itself as a superpower is now trying to compete with China, which is a single threat to the U.S. Likely, the U.S did with the countries to impinge its capitalist mind. The hubris which is created by the U.S will surely force them to bear the consequences. The famous saying about the incumbent situation defines the whole scenario; “As you sow so shall you reap”. And in the end, it has happened with the dignity and power of the U.S.

So far, due to the war on terror, approximately a 40million to 55million people have become refugees, some are seeking refuge in another country and others are internally displaced people. Although, the refugee influx has created a state of chaos in the past, and presently the situation in Afghanistan depicts the same origin. According to different estimates, approximately 30,000 or more U.S war veterans and active duty personnel have committed suicide or have had to face mental illness issues. Only these people know what they have seen and done in the opponent’s land, and the number of these people may increase if the U.S does not stop its unnecessary interventions.

All the facts and figures do provide us with a review of how people are being deprived of peace and mental stability. And peace in these countries has been haunted by the U.S and its allies. On the contrary, the U.S has seized assets of Afghanistan worth $9.5bn which is an immoral act. We know that the people in Afghanistan are now under the Taliban’s control, but in this state of grievous conditions, the world should provide aid and help the country grow to prosper.